Depravity of Monsters - Drawing From The Darkness of Appendix N & Dungeons

Monster placement is essential in Dungeons & Dragons adventures but what happens when the monsters bring the dungeon with them?!

Last night I got a chance to sit in on one of my favorite Atomic sci fi films Them from 1954. I was thinking about the film's influence on me when it comes to running adventures. The pacing, investigative aspect of the monster movie, and even the lay out of the lair of the mutant ants. Everything here is really solid for running old school adventures.Them has an expert hand in the form of director  Gordon Douglas.

And the cast fits all of the 50's Atomic era horror stereo types including  Edmund Gwenn, James Whitmore, James Arness, Onslow Stevens, &  Joan Weldon as the lead scientist's daughter. Here's the plot & I want you to pay attention to the layout of the film's plot;
"A nest of gigantic irradiated ants is discovered in the New Mexico desert; they quickly become a national threat when it is discovered that two young queen ants and their consorts have escaped to establish new nests. The national search that follows finally culminates in a battle with Them in the concrete spillways and sewers of Los Angeles."
Everything here centers around the monsters, their habits, & ecology. This is especially true of the monster's lairs or dungeons. The monster's very presence creates the dungeon environment in the film. This is something we see time & again in the pulp era. The monster menace creating the disruption of the dungeon location on the locals.
This sort of plot device is something I've used time & again in a wide variety of original Dungeons & Dragons affairs & it goes all the way to the pulp era. HP Lovecraft used it to great effect in the Dunwich Horror. 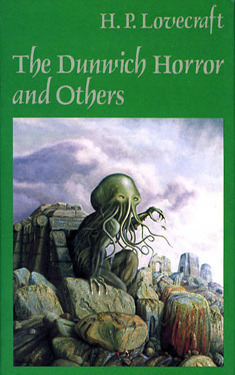 The investigative element, the horror on the locals, the rousting of the locals, and finally the reveal of the giant menace in the wilderness setting. The monster breaking through reality is creating the dungeon location unto itself. To certain extent this is also true of the menaces that we find in H.G. Wells War of the Worlds where the Martians bring their own brand of terra forming to bare. 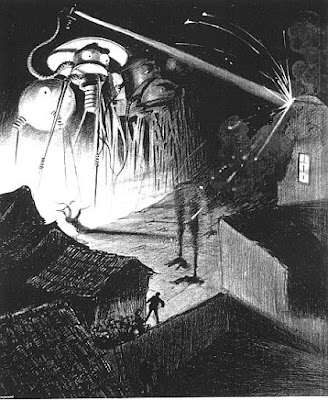 
As I said yesterday the monster is the other & the invasive species on the reality of the campaign. They can easily set the tone of the dungeon from science fantasy all the way to straight up horror. The corruption & chaos of monsters is inherit within their unreality and invasiveness. These are things that straight up foreign to our reality setting out their own reality as the 'norm'.
A modern interpretation of this can be seen in John Carpenter's The Fog. Again the monsters are bringing the menace. Carpenter drank from the same heady cocktail of pulp resources, Atomic monster movie films, & old school fantasy sources that coloured both Arneson & Gygax.

This is the creeping slow corruption of chaos within OSR circles can be seen  in Dark Albion. The monster ecology of Rpg Pundit's frogmen is something he talks about today.
As for my campaigns I've got a totally different take. The Frogmen brought their own reality & military might with them in the form of their frog demon masters. Their own occult might trumps the will of the Conquering Sun where it can. 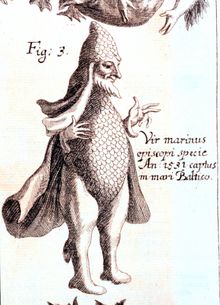 When you get into Clark Ashton Smith then we get to the heart of how the corruption of the dungeon is brought by the monsters. His Averoigne stories & Hyperborean tales are key pieces to bring on the dungeon crawling into the 'normal' reality of the campaign. Coming of the White Worm, The (1941) is a perfect set up of the invasive reality of the monster god coming to call with its crawling freezing corruption on the normal world of Hyperborea. And within The Mandrakes, (1933) we get the small side of it in spades where Averoigne's weirdness shows through the cracks. No doubt those cracks will widen into full bloom of dungeon weirdness.  What is the end result of the weirdness of the dungeon? The final washing away of the former reality of law possibly seen with major traces of chaos & corruption being left behind in Robert Howard's Conan story Red Nails.
"It was originally serialized in Weird Tales magazine from July to October 1936. It is set in the pseudohistorical Hyborian Age and concerns Conan encountering a lost city in which the degenerate inhabitants are proactively resigned to their own destruction. Due to its grim themes of decay and death, the story is considered a classic of Conan lore and is often cited by Howard scholars as one of his best tales." 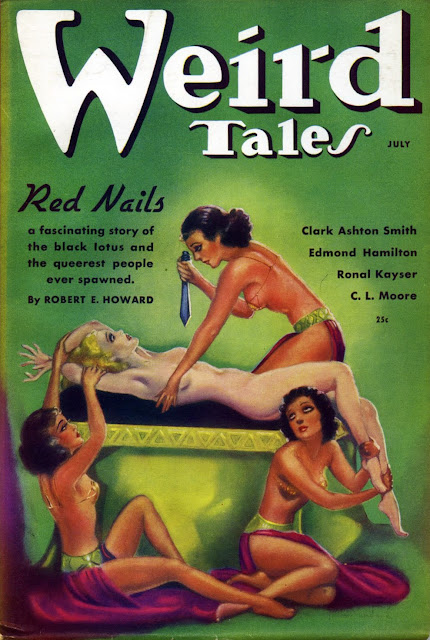 The monsters have come & gone leaving only their corruption behind in the lone city of decay. The monsters may have gone but their moral corruption is far more reaching in the mental realms of the inhabitants because they've left the stain of inhuman
cultural decadence.  "Robert E. Howard's stories often express the author's belief that civilizations carry the seeds of their own destruction. Howard found in the lost city genre a vehicle for expressing these views."
"The theme of cultural decadence maintained its grip on Howard's imagination. In early 1935, he remarked to Novalyne Price:
"You see, girl, when a civilization begins to decay and die, the only thing men or women think about is the gratification of their body's desires. They become preoccupied with sex. It colors their laws, their religion – every aspect of their lives."
Its not about sex but cultural degeneration &  depravity seen again & again in Sword & Sorcery as societies fall. Not all of the monsters live in the dungeons but many of the worst are those that serve these inhuman fiends.  Monsters often bring the worst of the weirdness with them.
Posted by Needles at 11:17 AM