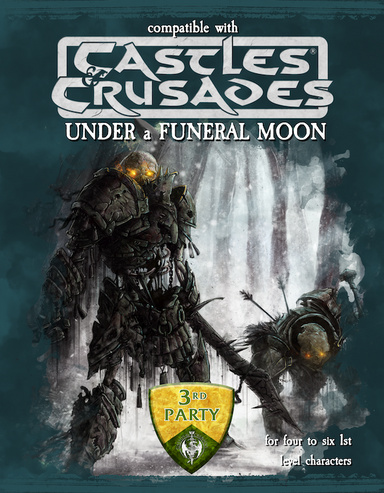 When it comes to Castles & Crusades a beginning free mid range adventure is Under a Funeral Moon By Scott Myers is a solid little adventure for six or more PC's levels 1-2. This  Scott Myers has done a solid job of working out a beginning & the introduction makes it clears from the beginning;"This adventure is for 3-5 1st to 2nd level characters and is set in the Eastern Marches of Havvengarde near the town of Magefall. I have tried to make this adventure easily adaptable for any game world. The Eastern Marches of Havvengarde are the ‘less civilized’ area of the country, stretching from Kampenheim and the Woods of Ypres to the Eastern Wall. The area is still filled with large expanses of wilderness, monsters, and ruins from ages past. ‘Under a Funeral Moon’ begins with the characters escorting a merchant houses supply wagons (and the corpse of a recently deceased noble) from the town of Waldrand and over to the village of Magefall where the supplies will be loaded into caravans and taken south to Ivywood."

Because Castles & Crusades Player's Handbook has been free since the start of the Pandemic & since this is the case Under a Funeral Moon is a solid choice for a starting adventure. Why?! Because of the level of the encounters & the care that has been put in. 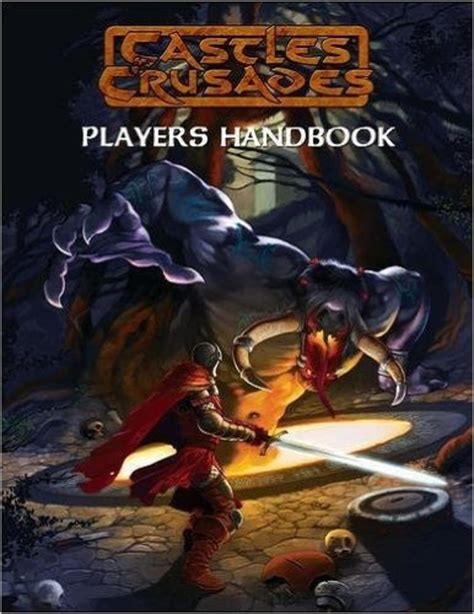 And the beginning of Under a Funeral Moon makes it quite clear that  is an adventure that throws the player's PC's deep into the C&C world in spades;"The players had been holed up in the town of Waldrand, taking odd jobs and merchant wagon escorts for most of the winter. As winter draws to a close a merchant company hires them to escort a wagon of seed and supplies to the village of Magefall (a 3 and a quarter day trip)." Under a Funeral Moon clocks in at thirty three pages & these are filled with nastiness & death. But its well written nastiness & death designed from the ground up to make things interesting, random, & very deadly.

There's all of the little things that go a long way to making Under a Funeral Moon just that little bit of deadly. Random encounters, a bit of an adventure plot, & just enough action to make this a short but quick series of sessions.
Do you need the Castle Keeper's Guide with Under a Funeral Moon? Nope every thing is self contained within the adventure to get a campaign off the ground in short order. 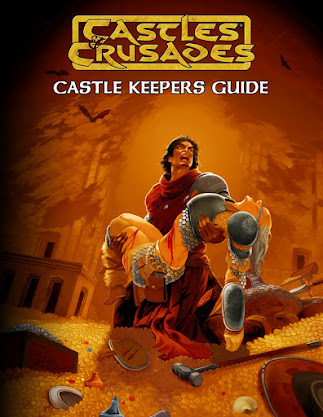 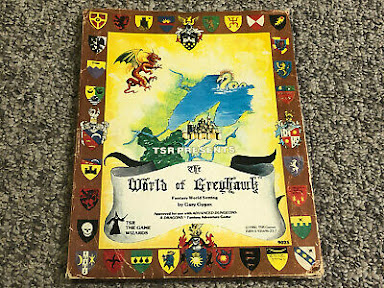 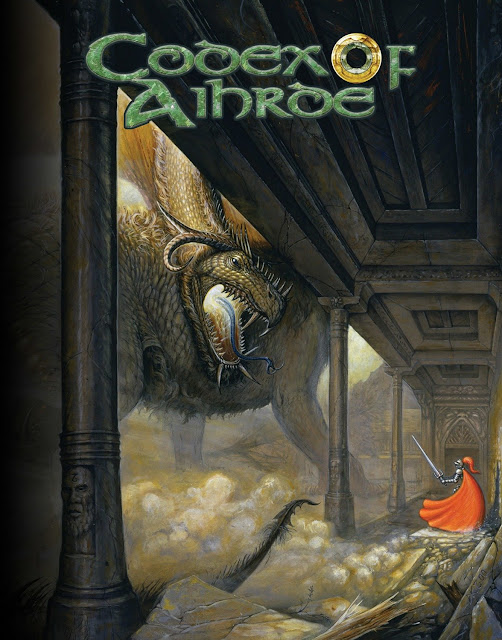 But another viable possibility for Under a Funeral Moon might be the Haunted Highlands with the menace & adventure plot really lending itself as a possible beginning for the highly venerable C&C setting.
But this option means some really quick & dirty rearrangement of plot,places, & adventure menace. Not impossible but simply a challenge unless the dungeon master is experienced at this sort of thing. 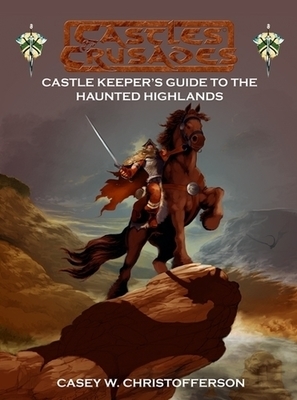 Another strong possibility is to take Under a Funeral Moon & set it within a dark Europe home brew campaign set within a mythological dark age. This allows the DM the advantages of an OSR home brew advantage & none of the dangerous baggage of the players having a touchstone with the world for a home team advantage. But that's a part of the flexibility of Under a Funeral Moon. Do I personally think that Under a Funeral Moon is worth your time to down load & use in an OSR or Castles & Crusades game?! In a word yes!
Posted by Needles at 10:28 PM