The two barbarian warriors crossed the wilderness as well as the  wastelands just to get to these strange & sick looking bio mechanical towers that hovered over them. They hurt the eyes of the warriors just to look upon.

'I was expecting more Crum, the architectural aesthetic for those towers is so two thousand years ago.'
'Look we need his help if we're going to get to star port temple, you knew taking the job you were going to have to deal with the old pervert.'
'Yeah but everything always revolves around blood, demons, magick, & sex with him. He's like what fifty thousand years old? You'd think that Martar The Servant of Santus'  would have had his fill by now'
'Would you? For your information I'm only four seven and half thousand years old and my harem is quite extensive. Most likely you two might be my great grand sons twice removed. In fact this country is filled with my grand progeny'
'Are you going to help us or not Grandfather Martar or not?'
The old wizard considered them both for a moment with deep & abidingly  inhuman eyes under brows snow white like the snow around them.
'What's in it for me?'
Crum smiled that half lopsided smile of his.Mostly because of the half healed scar from his pit fighting days.
The three were enveloped in a gust of snow, elderith energies, & a hearty laugh of things best not discussed.
Wizardly patrons for parties are rare, dangerous, wily, and some can almost be of a god level. Many are hundreds if not thousands of years old. Many wizards willingly cultivate their own adventuring groups of 2nd to 3rd level often with their own blood flowing through the veins of such parties. Many such wizards have inhuman, demonic, or monstrous genetic material within their own veins. This often gives even the most good repudiation wizards a capricious and wily sense of humor leaving them someone never to cross during deals or dealings with such. 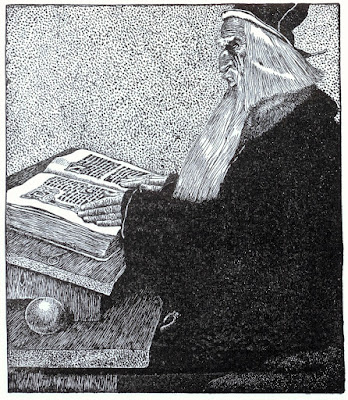 There is a 1d4 chance where such powerful wizards are operating that any NPC that the player characters are dealing with maybe related through familial or other relationships to such a wizards. Wizards of this caliber often have such later operations with blood ties to ensure far more supernatural or preternatural success in rites, rituals, and even Vancian based spells. When there are four or more blood relatives present or precipitating in magick rites  there is a 40% chance of the spells effects & duration being doubled. The supernatural forces, spirits, and gods may look favorable on such operations. 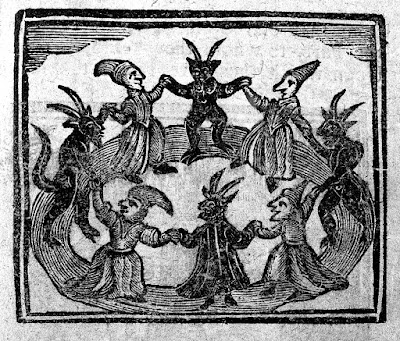 There is a 60% chance that such a wizardly patron may call on adventurers for a favor or errant. The wizard is available for magical research & identification of magic items at a 30% discount & may elect to buy any treasure from PC's. But this might be at a substantial discount. There could be complications if such privileges are abused or if the PC's sell to a rival wizard instead of their own blood. A loss of honor in certain supernatural regions could result as well with more monstrous members of such families.
There is also a 20% chance that such a wizard may have a god or demon  of magick or the occult as a parent further complicating such relations & adventure opportunities. 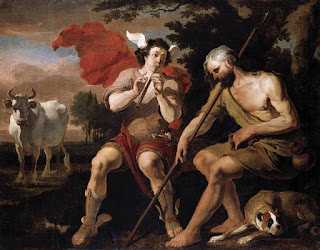