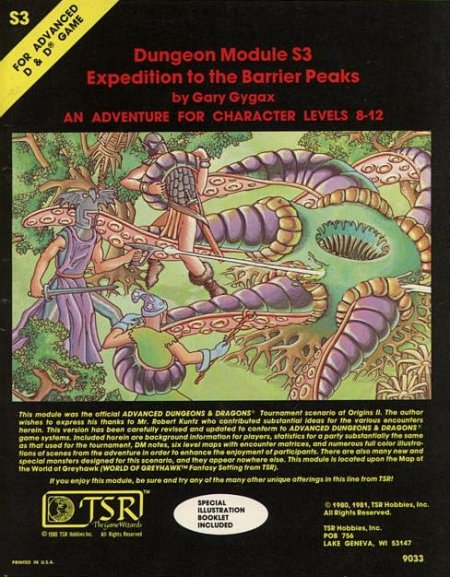 Today was the sort of a day that takes me back to the beginning of the OSR, DM  Steve & I started talking about S3Expedition to the Barrier Peaks the  infamous 1980 adventure module for the Dungeons & Dragons role-playing game written by Gary Gygax. Its infamous because we've been talking about using the module in both Mystara, & Greyhawk. We've got experiences playing with it in both campaign settings. Now we've writing about using DA1 Temple of the Frog By David Ritchie & DA3 'City of the Gods' in Greyhawk using Adventurer,Conqeuror, King's Rpg rules to run this classic module. But S3 'Expediation to the Barrier Peaks' by Gary Gygax is a perfect fit in this in this science fantasy  adventure path. 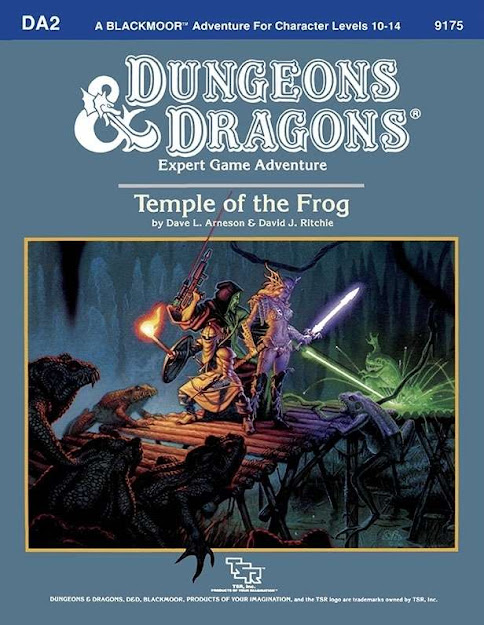 "New Magic?That's what the flying egg has. New magic unlike any ever encountered in Blackmoor. New magic of a type that could give the fledgling kingdom an important edge in the wars that are brewing on its borders.There are only a few minor problems. Like the fact that the magician who piloted the metal egg to one of Blackmoor's sworn enemies, the monks of evil and eccentric Order of the Frog, are also interested in the magic represented by the egg. And, most important, the fact that the egg came from the distant and dangerous City of the Gods.Set amist the blistered salt flats of the Valley or the Ancients, the City of the Gods is a strange and deadly metal metropolis whose powerful guardians do not welcome intruders. Yet it is to this place of deadly menace that Blackmoor's leaders now send a daring expedition? to bargain for aid in the coming wars? or to steal the magic of the gods." 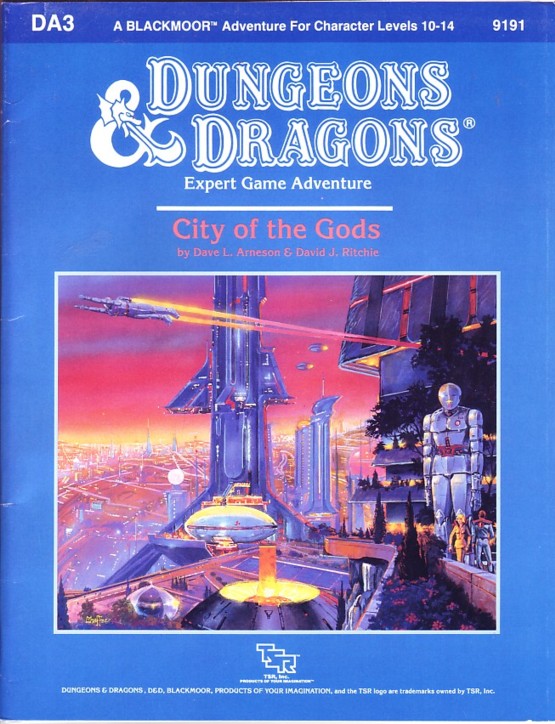 But let's talk about the real threat that happening to Greyhawk, 'Why are there spacecraft crashing into Oerth?'. Besides the fact that Gygax & Arnseson love a good science fantasy dungeon crawl. So let's say that Saint Stephen The Rock is already deeply entrenched within Greyhawk by the time Gary Gygax's S3 'Expedition To the Barrier Peaks' happens.
Captain Bork Riesling or one of his cybernetically altered clones may have been aware of the impending alien threat due on Oerth. If we read through S3 then there's a real sense of doom that seems to hang over the star ship of classic module. While the shp featured in  S3 'Expedition To the Barrier Peaks' is not the
'Warden' of Metamorphis Alpha rpg fame. This 'Warden' might be connected with an mission to recover the crew of the FSS Beagle. A science survey vessel that's deverted to recover the crew of the FSS Beagle . This isn't going to happen not only because the horror aboard the 'Warden' but because of Captain Riesling.
Why?! Captain Riesling himself  & his command decisions for the FTS Beagle;

"Captain Riesling has never been a man to go strictly by the book unless there was some
advantage in doing so. Had there been a pressing reason to break the regulation
against contact with non-starfaring alien cultures, he would have done so without a second thought. But, at the time,it seemed like a good idea to avoid the denizens of this planet
except for gathering a very few specimens who wouldn' t be missed. The place was unbelievably primitive and terribly dangerous, even to robots. So Riesling decided to refrain
from formal contact. Instead, the distress beacon was activated, most of the crew went
into stasis, and the robots were programmed to go into a standard routine designed to
make the locals shun the Beagle's landing place. "
The about comes straight out DA3 'City of the Gods'. Its Captain Riesling's paranoia about "Stephen the Rock" & his Froggies that causes the downfall of the "city" later on. There's a lot of a similiarities between the two modules for use:
Now talking with DM Steve he pointed me to the Great Libarary of Greyhawk site & their take on the 'City of the Gods' module;"Ages ago (certainly before the Twin Cataclysms), the City of the Gods was the heart of a technocracy in what is now Blackmoor. The lords and ladies of the City used a combination of elemental magic and clockwork science to create automatons to perform all menial labor for them. Meanwhile, they devoted their time to art, philosophy, and war.

The original technology and magic of the City of the Gods seems to have been Baklunish in origin, based on secrets given to humans by the efreet.

The end of the age came when the city's automatons were struck down by a plague called "gear madness," or when the city's humanoid inhabitants transformed themselves into constructs themselves. Over the centuries, most of what remained of their civilization was covered by the encroaching Black Ice.

The City of the Gods was originally a fiefdom of some other land. The accessory College of Wizardry suggests that at some point before the City of the Gods was swallowed by the Ice, Blackmoor was claimed by the Baklunish Empire. By the early days of the Baklunish-Suloise Wars, the region now called Blackmoor was independent of the Baklunish and considered an ally of the Suel Imperium. During this period, the Suel emperor sent the people of Blackmoor an artifact known as the Unquenchable Scepter as a gift.

Occasionally, gears and other relics of this lost civilization will turn up in antiquities markets in various modern cities. These are eagerly sought by clockwork mages, gnomes, and dwarves, as well as groups like the Society of the Serpent."

So what other secrets are hiding out in the lands of black ice?! Whose been behind the whole cloth mental illness  of  Captain Riesling's paranoia? Well that leads to one entity & that entity is 'The Egg of Coot' or at least Havard's version of the Egg. 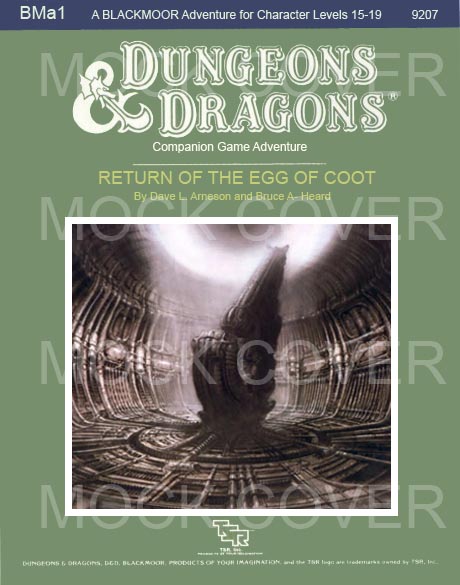 Could the Egg be behind the crashing of the science survey ship 'the Warden' into Greyhawk & other classic settings?! You bet it could! There's this great little article
"Then finally came Oerth Journal #6. In it is a short story by Robert Kuntz called "Tales from the Green Dragon, Robilar Remembers: Journey to the City of the Gods." After I read the exploits of Mordenkainen (Gary Gygax)and Robilar (Kuntz) in the City (DM'ed by Dave Arneson, no surprise) I was more the wiser. However, Mordy and Robilar only scratched the surface. Here is the TRUTH about the City of the Gods."

Both DM Steve & myself are fine with this because it forshadows possible events done by the great Larry Elmore artwork mock up cover that Harvard made and while this is set in Blackmoor it could easily take place in Greyhawk right before the Rain of Colorless Fire. That's Larry Elmore's son by the way on the cover. Larry was kind enough to point that out when I posted this piece of mock cover artwork on Facebook. 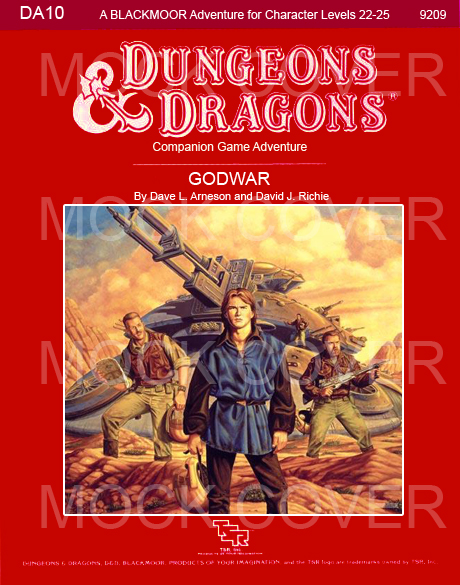 Its from here on where I'd grab my copy of ACK's Domains of War & Colonial Troopers  by Night Owl Worshop.  The events between Stephen The Rock & Captain Riesling have been heating over possible over ten or twenty years. With their mysterious technologies aging isn't a problem for these two. The forces of Temple of the Frog & Captain Riesling meet on the battle field set up by the Egg while it waits from the shadows for the weakened 'victor'? Possibly but there's far more going on here. Let's get back to 'The Warden' science survey ship for a moment from S3'Expedition to the Barrier Peaks' By Gary Gygax. That's gonna be a prize that both Saint Stephen 'The Rock' & Captain Riesling are going to want. They've possibly got survey parties scouting out the ship but communication was lost because of the dangerous conditions & invasive alien monsters around the 'Warden'.  But the Egg is really the one that gonna want that technology badly. If only there was a class of PC's who might be able to give the players an edge?
Too bad there wasn't a group of Dwarves who might have an advantage in this? Oh wait there is. There's The dwarven dynamo PC class from 'ACKS and Crafts' From Harpoon Cannon Gaming which is a perfect addition to just this sort of a campaign. But we'll cover that coming book coming up soon. For the moment the 'Warden' science ship is in the middle of Greyhawk's Grand Duchy of Geoff pumping out monsters & horrors into the countryside. The PC's in such a campaign are going to have to navigate the royals of  Geoff, 'The Gods', and even more! More Greyhawk ACK's madness coming up! 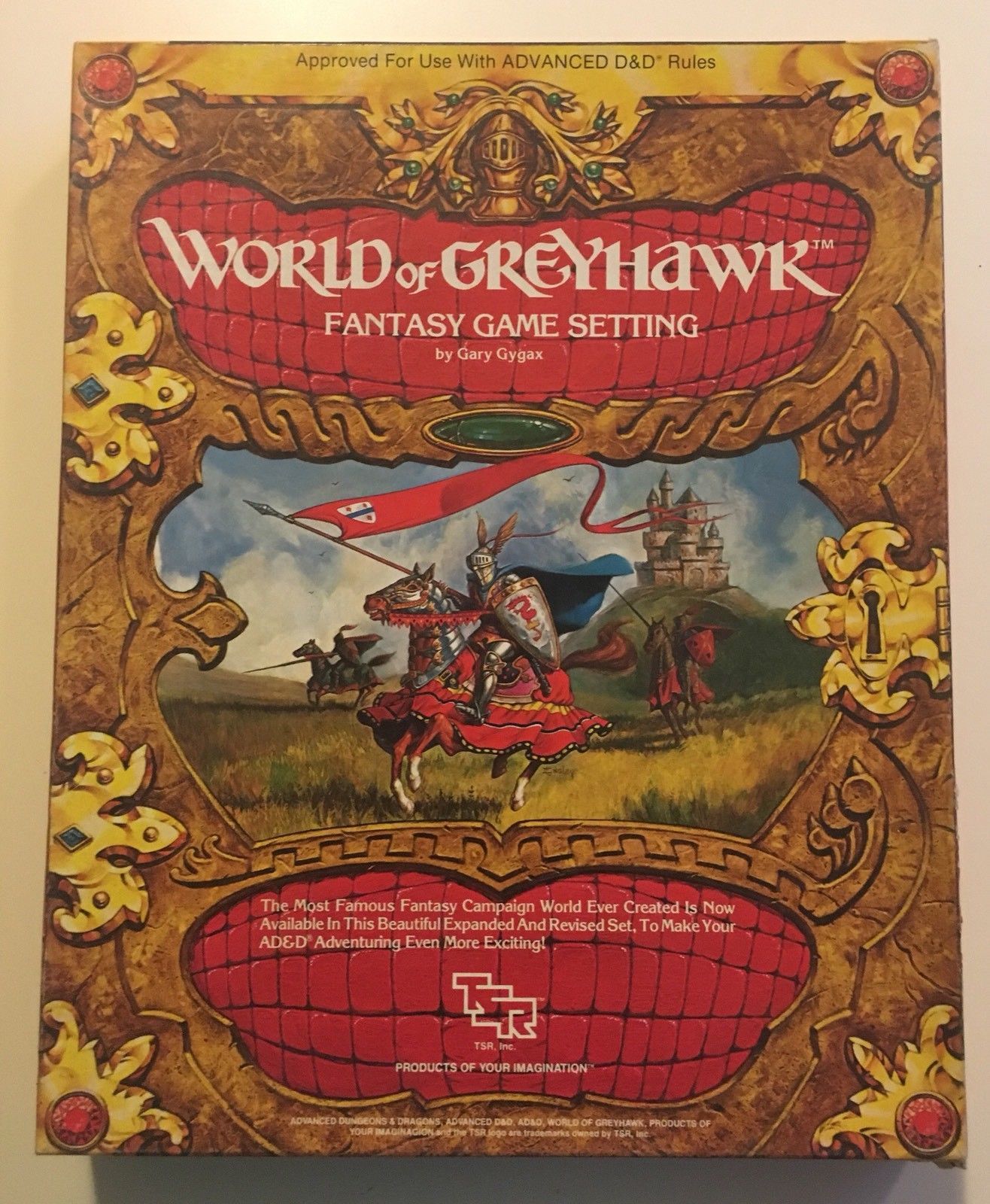