So today its been a running gag between work, emails, & dodging social media. The reason for the dodging social media is because of work that's just crazy folks.. Anyhow let's go dive back into the DM Carl hard drive that I got the other day with James Mishler's Monsters & Treasure of the Wilderlands I, which has some very cruticial information about the desert regions of  the Wilderlands. No worries I'll return to the Celpheus Engine rpg in a day or so. 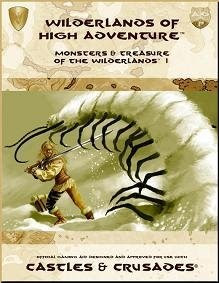 Its this desert information that's allowing me to pepper in an Egpytian style empire into the Wilderlands of High Fantasy. What you didn't think that there was a plan here?! When DM Steve took sick three things kicked in. Several players came to me with WoHF characters via Castles & Crusades, the second thing was grabbing my copy of  Castles & Crusades Codex Egyptium to work on a pesudo Egyptian Empire. 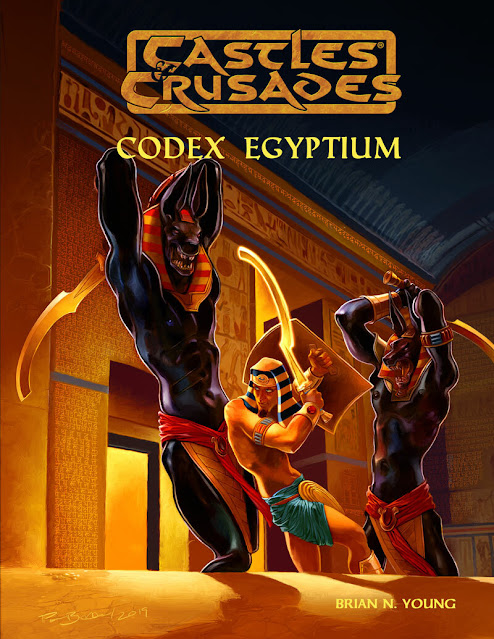 Why?! Because I want to put into operation the Davis Chenault module Castles & Crusades Behet's Rampage but set it within the Wilderlands of High Fantasy's version of Egypt. Davis Chenault module Castles & Crusades Behet's Rampage  set's up a classic scenario from a horror film that would fit right in with this time of the year; "Kha ‘Hamet, the demi-god, loved the mortal As’ Wan like no other. After she was slain, Kha ‘Hamet could not finish the funerary ritual and so, left her unburied and she was denied her afterlife. Kha ‘Hamet cheated Osiris of his bounty and in a rage, Osiris plagued the lands of As’ Wan and all her people. Osiris unleashed a beast upon them, and all was laid waste. Though the memory of men is short, the gods do not forget, and Osiris bid the beast return every 250 years to hound As’ Wan and Kha ‘Hamet’s children and all their descendants.

And so it has been for ages.

The beast has returned, hounding the people, hunting them, and slaying the unwary. All have fled to town of Paros, fearing Osiris’ curse and waiting for aid." 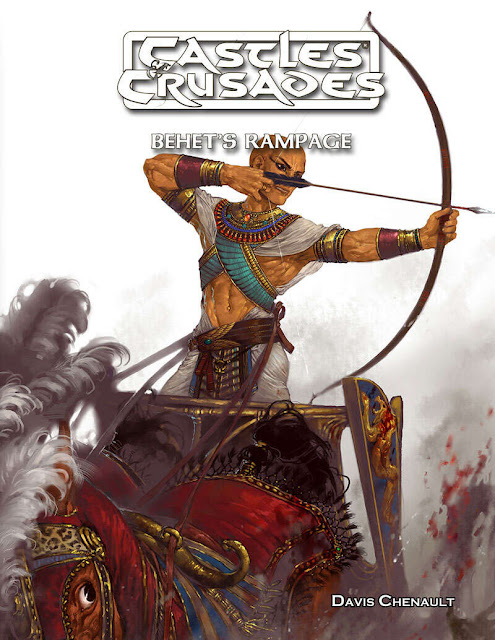 This module fits many of the ideas of the classic horror films but with several twists & turns but with a Castles & Crusades distinct feel to it. This module
is going to help a lot for many of the unknown & weird kings that crop up because they will be from the Wilderlands of High Fantasy  version of Egpyt. The Wilderlands version having more Sword & Sorcery then anything else in my humble option bringing to mind the influences of Frank Frazetta's Egpytian Queen from  Creepy 15 and 16 respectively. That has been on my wall since I was a kid. You can find a fascinating history from Captain's Comics blog here. 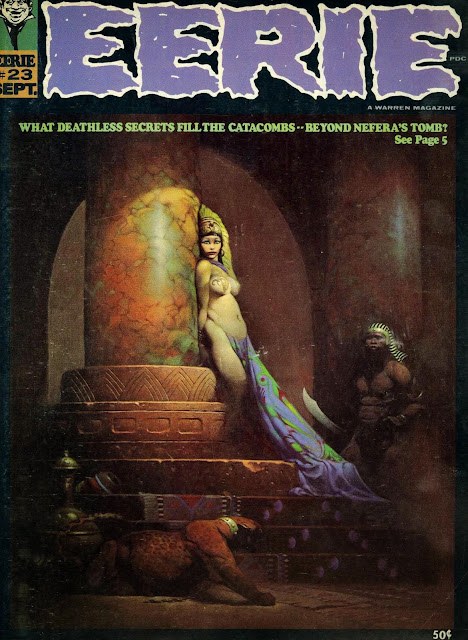 This cover evokes a certain amount of the framing that Jason Vey's Castles & Crusades The Book of the Dead. I've got plans for this stuff coming up. 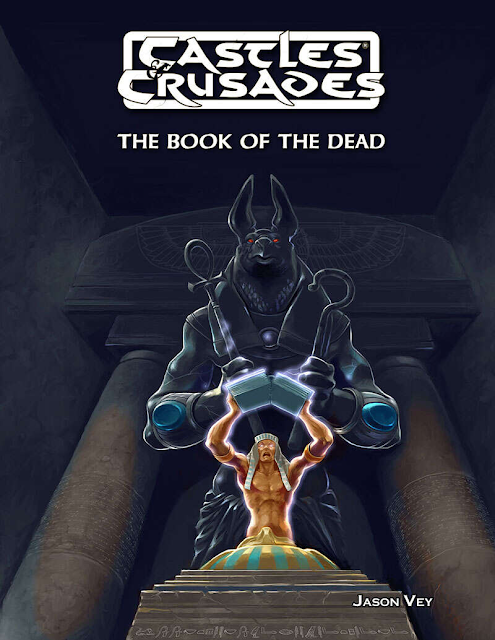 Here's where the stone hits the sarcphogues, the bridge gap has to be made between the history of the  Castles & Crusades Codex Egyptium  & the Swords & Sorcery weirdness of the Wilderlands of High Fantasy. The rest of the world of this set up comes from Sword & Sorcery literature mostly from Robert E.Howard's Conan stories.