"Gangbusters B/X the Roleplaying Game is set during the Roaring Twenties and Dirty Thirties. It has all the usual trappings of the period: Prohibition, mob bosses, Tommy gun-toting thugs, speakeasies, big hats, big cars, big personalities, swanky gin joints, illicit booze and crooked people out to make a quick dime, and more, but what the game is about is rather simple. It is at its core just a good old fashion game of Cops and Robbers. This is because it is set during a time when America produced some of its most notorious and legendary figures.  John Dillinger, ‘Scarface’ Al Capone, ‘Pretty Boy’ Floyd, ‘Baby Face’ Nelson, ‘Ma’ Barker, Bonnie & Clyde, Eliot Ness and the ‘Untouchables’, J. Edgar Hoover, Sam Spade, Philip Marlowe, and a host of others.   Whether you join the in the crusade to stamp out lawlessness or join in on the crime spree that is gripping America is up to you." 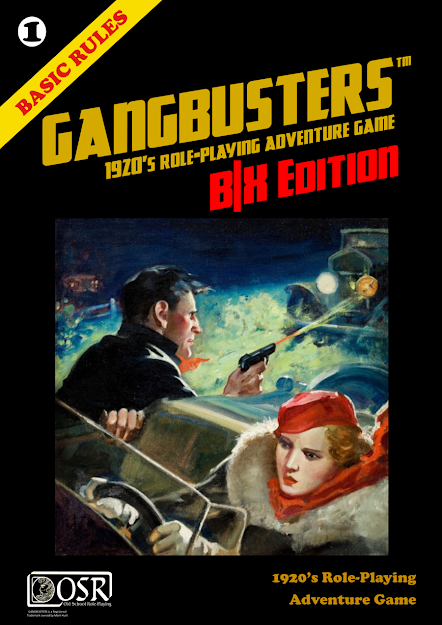 Some days you've got to take a break from the norm & journey into the roaring Thirties. This is where Mark A. Hunt's B/X Gangbusters rpg takes center stage. Now in one form or another I've been a Ganbusters rpg fan for a very long time. This game takes the classic & twists it just enough to make it highly recommended for the D&D crowd & the GangBuster fan. This is another Mark A.Hunt's efforts & falls right into the neo clone category. This book takes the classic Gangbusters game & works its right into Basic Dungeons & Dragons style of both system & play. It does this with hard core old school mechanics & solid playable options. B/X Gangbusters has this in spades.
B/X Gangbusters takes the players with a very interesting variation of the alignment system that works as motivator for adventure with both mobs & murders. You've got Law vs. Neutrality vs. Dishonesty. This connects right back into the six levels of the PC classes of  Brutish, Connected, Educated, and Street Smart.  This means that murder,mayhem, & gang land action are right around the corner.
All of this in sixty four pages & completely OSR compatible! But its where Mark draws from that sets this game apart! B/X Gangbusters draws heavily from the well of the Pulps as well as the Mob movies,novels,etc.And this is a perfect game for an evening's 'who done it' or a Philp Marlowe style Private Detective walk through adventure one shot. 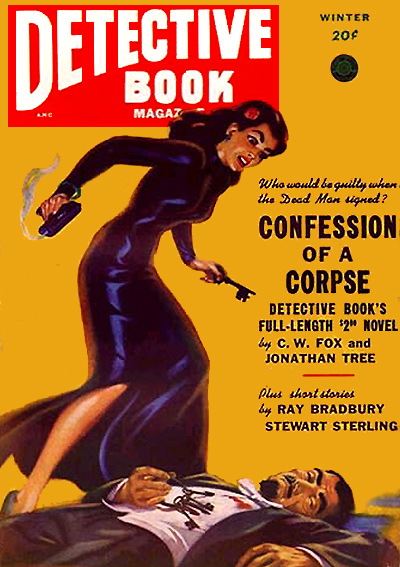 Done correctly & B/X Gangbusters can take a party of outlaws & hooligans into running your favorite crime ridden city as a campaign setting in the Twenties in time! The author knows his stuff & I can't wait for the Expert version to come out. Wander adversaries & dangerous thugs make play very dangerous indeed! The thing that comes across to me at least looking at B/X Gangbusters  is how clean, clever, & compact it is! There's just enough here to do a solid six level campaign without the BS that we find today with so many OSR rpgs. Things have to tacked on with other games. Not B/X Gangbusters just the basics & that's it with enough attention to detail to serious make this a fun & solid game! Now what would I use B/X Gangbusters to run an OSR setting? Ready?! Well given all of its B/X 'bells & whistles' I go the OSR route. Grab a copy of Trey Causey's Weird Adventures & go to 'The City'! From molls to infernal mob bosses B/X Gangbusters  is perfect for a Weird Adventures campaign! Want even more Weird Adventure madness check out this index. Mark A. Hunt does a slap dash job with B/X Gangbusters taking it too another level of excellence & fun! This is one not to miss!