Its two A.M. & we've just broke up our The War of the Worlds Godzilla 1898! - A Troll Lord Games Victorious rpg Campaign Session Report. In tonight's game our little band of heroes found itself tracking through the back alleys of New York City. We were hot on the trail of a group of smugglers who we thought were dealing in illegal & highly dangerous 'lost world' contraband. That was the rumor, the reality that DM Steve had set up was quite nasty. Now before I get emails or messages explaining that Sir Arthur Conan Doyle's 'The Lost World' came out in 1912. The contraband in question came from a lost prehistoric world straight from HG Wells 1897 "A Story of the Stone Age". We tracked the 'smugglers' to a ware house & when we went inside. We found a giant mirror staring straight at us! The giant mirror sucked us right in! 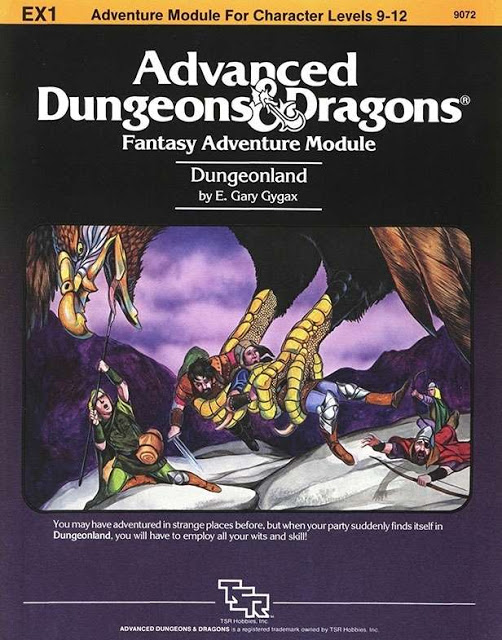 We knew that we were headed straight back into Gary Gygax's EX1 Dungeon Land series! But we didn't know how vendictive DM Steve was! Out group landed straight into the back end of the Wonderland in the wastelands. Wonderland is not only a part of a barrel & demi plane in Castle Greyhawk! Oh no we found ourselves face to face with a nightmare!  The nightmare in question was a Jabberwocky, not just any Jabberwocky this thing was an ancient member of Wonderland's elite! 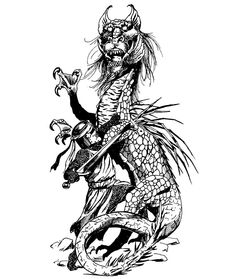 The Jabberwocky first appeared in Dragon magazine issue #54 and this thing was absolutely nasty.  Their described in the article;"
The Jabberwock is a huge reptilian beast which inhabits light forests or broken wastelands. The creatures resemble dragons in some respects and are occasionally mistaken for them in conditions of poor lighting. Jabberwocks, however, are wingless and far more ungainly than dragons. They do share the dragon’s interest in hoarding treasure. Jabberwocks are fierce fighters, carnivores by nature, and fond of human meat."

We say the white queen nearby watching & all of the pieces suddenly fell into place! She wanted her sister's enemies dead no matter what! 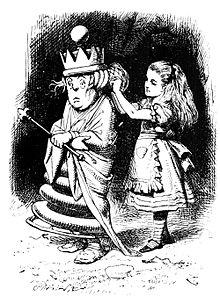 And that's when we ran away! Yup as a quick smoking break we decided to run away & regroup. We completely baffled the white queen!  And just took off in the opposite direction & didn't look back! Seriously there's nothing in the rulebook of Victorious about running away!

My were wolf PC proved cover & we beat it outta there! And the Jabberwocky is pissed! WE bolted back through the mirror taking out several card warriors as we went! 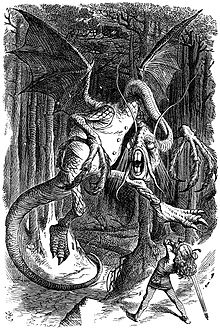 We found ourselves just outside of the alley where we had crossed over into Wonderland! Our fire starter burnt the whole pack of playing card warriors all about 4th level outside in the alley. Several of the north American monsters Amazing Adventures Manual of Monsters  make excellent enemies & the stats from Dragon issue #54 got an upgrade from the  Victorious rpg & The Amazing Adventures Book of Powers .We know that there's dragon cult operating outta of Manhatten but we have yet to run into it! 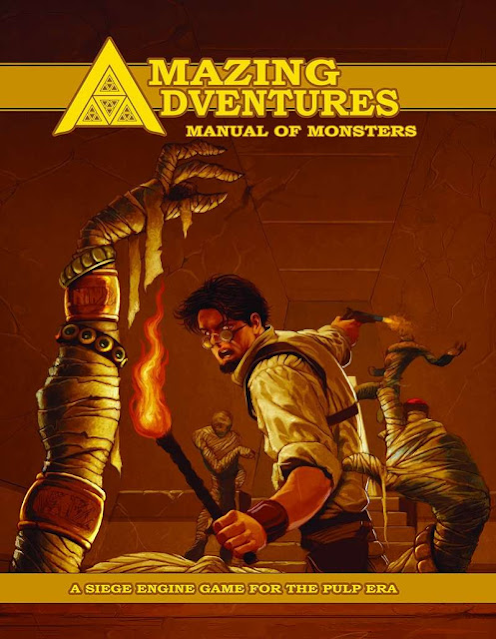 We had to wrap up because it was getting close to almost two & there's more to go over. But I'm off to bed now!
Posted by Needles at 12:00 AM