"The X-434Z prison ship holds some of the most dangerous criminals in the Sonora sector. Recent escapes from prison worlds in the sector have led to authorities placing the worst offenders on a ship that rarely visits port anywhere in the sector. But a small group of rebels have discovered that the ship will be in a certain system at a certain time. They want a political prisoner held aboard the ship to be brought out of the ship alive. They are willing to pay handsomely. " 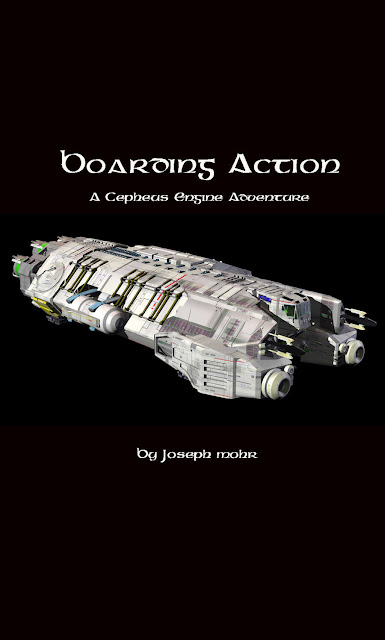 'Boarding action' by  Joseph Mohr is a 'pay what you want' adventure for The  Cepheus Engine rpg & its the type of adventure that one would find in the annals of Challenge magazine for the Traveller rpg. This is a higher tier rpg adventure with a down & gritty kidnapping or bounty hunter prison break out feel. Everything is keyed into & dialed into the classic Traveller rpg flare. 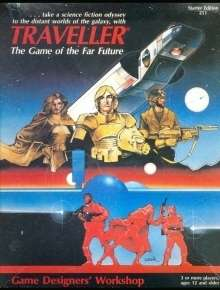 'Boarding action' by  Joseph Mohr has all of the Mohr hallmarks, the no nonsense approach to the adventure elements, the bare to wall stat blocks, the plot & cartography very bare bones, etc.. But all of this doesn't take away that this is a damn good prison break with two or three major twists & turns. This has some good bare bones to it for a pay what you want adventure & it does it without tears. This is the exact sort of direct & no hand holding approach that I've come to expect with a direct adventure hook like this;"The worst prisoners in the Sonora sector are held in a maximum security prison ship named the X-434Z. This nondescript ship looks like the average commercial freighter. It stays in well patrolled shipping lanes to avoid piracy and to avoid bringing undue attention to itself. Prisoners kept aboard this ship are the very worst types of offenders along with other “special” prisoners who authorities want to keep secure. Recent breakouts from the prison planets in the sector have made various governmental authorities nervous. Some of the prisoners aboard this craft are of the “political” variety. Should they somehow get released it might bring chaos and rebellion on a number of worlds. "
Played correctly & this adventure could come off as a combination of Expendables & a Sixties or Seventies prison escape film. Played wrong & this adventure has the potential to bog down fast. And lead to a real campaign slog of a piece.
'Boarding action' by  Joseph Mohr is no nonsense & really brings on some very dangerous elements in a science fiction stew of the The  Cepheus Engine rpg. For players this is going to be an upper tier science fiction adventure  'Boarding action' by  Joseph Mohr makes no bones about this & places the hardness on the table. I could see using  'Boarding action' by  Joseph Mohr with the Stars Without Numbers rpg but it would take a Hell of a lot of work on the DM's part.
Here's what I'd do instead. Take a copy of Cepheus Light, by Omer Golan-Joel and Josh Peters then grab 'Boarding action' by  Joseph Mohr then you & your players are ready to go for an evening's entertainment! 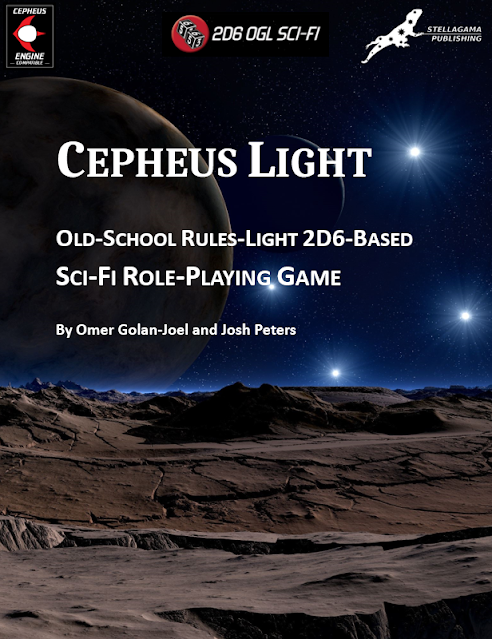 Boarding action' by  Joseph Mohr  does what it says on the tin & as a prison break adventure there's a ton of good bones here for a solid evening or more sessions play through. All in all I'm glad I've got this one on my hard drive. Boarding action' by  Joseph Mohr hits all of the marks for me to run a one shot or quick several sessions game adventure. For the  Cepheus Light rpg this would make an excellent several session adventure.
Posted by Needles at 9:49 AM