"The Reticulan Empire is the richest, most powerful political entity in known space, outshining even its mighty Chiwak rivals. Millennia old, it has reached a mature and stable Tech Level 13. This technological know-how allows the Reticulans to produce marvels of advanced science beyond anything the Terrans can reliably manufacture. This booklet provides a sample of 50 technological and psionic wonders developed and used by the Reticulan Empire, from compact handheld laser "blasters", advanced cybernetics and gravitics, to the arcane psionic devices that unleash the power of the Reticulan mind." 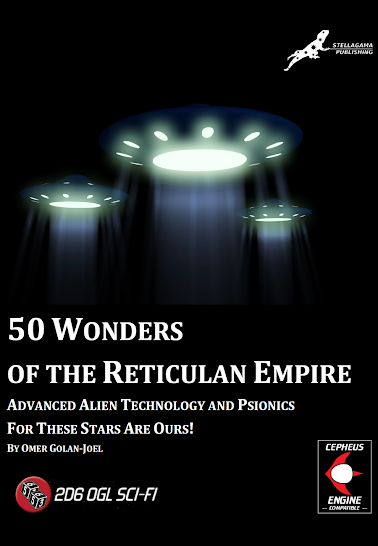 In old school Traveller originally societies beyond Tech level 13 were rare in the games that I played back in '81 or so..  Cepheus Engine rpg's TSAO: 50 Wonders of the Reticulan Empire is very interesting to me as a dungeon master is because of two things. One it gives a huge amount of insight into the Greys of the TSAO setting's psychology, how their mental processes work, and what the various Grey & human factions of the setting's technologies work. Both on a mental level & the in universe setting practicalities. What this basically means is that you begin to see the art,literature, etc. of the Gray interstellar empire through the lens of the setting's society. 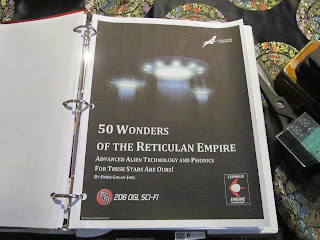 Traveller in the three little black books was a thinking man's game on two levels. Tactically from the point of view of the DM & from the players who were dealing with the unknown on so many levels.
Cepheus Engine rpg's TSAO: 50 Wonders of the Reticulan Empire  takes its cues from those classic books & doesn't update them but expands on them for the Cepheus Engine rpg. This gives the Riticulans perspective & lens into their culture,motives, & agendas. Something that was lacking in some early Traveller products.

The far superior products were those that gaves slices of insight, motives, and even bits & pieces for the dungeon master to use. This is one of the hallmarks of the little black books of Traveller. 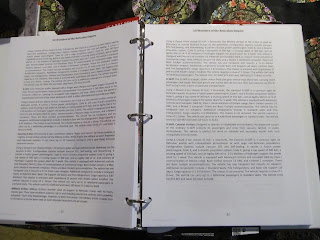 And this very fact can be exploited as a theme to various adventures using TSAO: 50 Wonders of the Reticulan Empire. Why? Because good science fiction OSR adventure can deal with this maturely & within spades. TSAO: 50 Wonders of the Reticulan Empire is a thinking man's book as well as a great toybox of wonders,weapons, & wickness.  But its a very good toybox that takes a solid approach to the themes that we see in the TSAO settting. 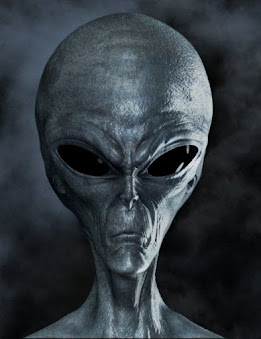 Gray Alien by Yasir999 - Own work not found within  TSAO: 50 Wonders of the Reticulan Empire  but a highly influencial piece of artwork on my campaigns. 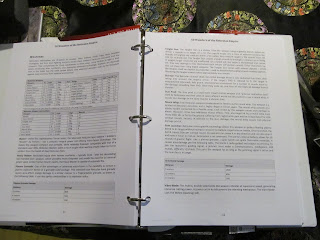