So when it comes to planning campaign material out players can be quite literally like dogs on a ham bone. So when the campaign idea of a Cha'alt/Carcosa campaign came up they literally jumped at it. But the truth be told these things take time. Why?! Because the Wilderlands of High Fantasy a huge & expansive. 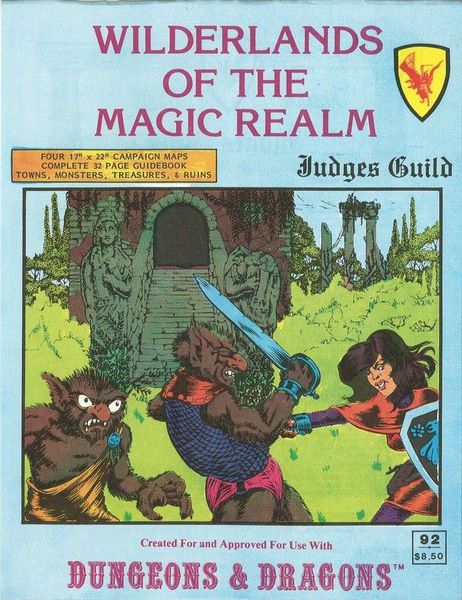 Don't believe me?! Checkout Prince of Nothings's Wilderlands of High Fantasy review here. There were a number of armies summoned to the Islands of Purple Haunted Putrescence from The Wilderlands of High Fantasy. The problem has come up that DM Steve has accelerated the time line of campaign & adventure  events. How?! By striking off on his own & taking several players on to the islands. 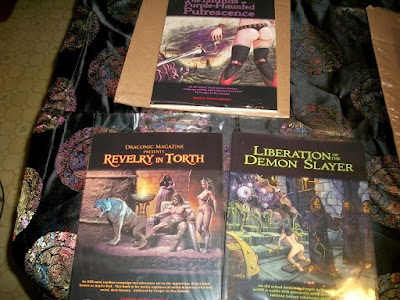 DM Steve the bastard, upped the time line of events by back connecting several of Cha'alts royal families with several of the families from Torth, the islands, & his magnum opus Cha'alt: Fuchsia Malaise. This latest version of his Cha'alt supplement contains the following Crimson Dragon Slayer D20, Cha'alt Ascended, and OSR Like A F*cking Boss. Now those same families are connected by blood to several of the minor  royals that I was planning on using from 'The Wilderlands of High Fantasy'. 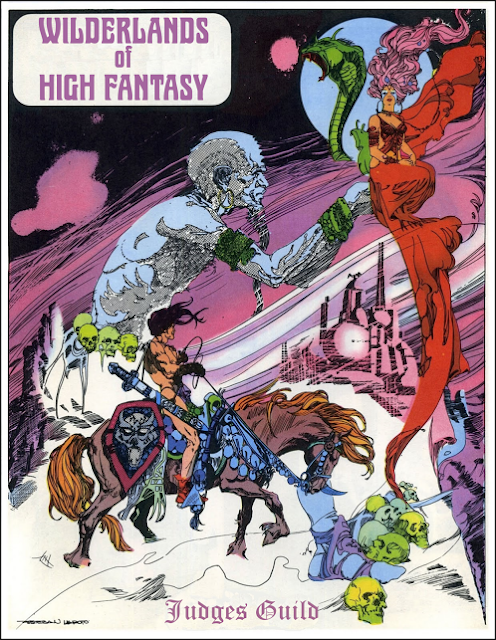 No big deal right?! Wrong, these families effectively have pull over & ownership over the Romulan D7 Warp core on one of the minor islands. You can read about that right over here.
DM Steve villain NPC is the party of adventurer's patron! That's right the villain is using & double crossing the adventurers to get a hold of that D7 warp core.
This leads back to our Alpha Blue sessions back in 2017 because  Venger in his infinite wisdom has a free  D20 version of Alpha Blue that means that our old Alpha Blue mini games are campaign canon. There is a possible war brewing between several of the royal houses, the factions & tribes of Cha'alt, & the minor trade houses of my own home setting. The stakes come out because the player's PC's are literally involved with a very minor dungeon right now taking place in the Judge's Guild's 'The Wilderlands of High Fantasy''s version of Egypt powered by Castles & Crusades Codex Egyptium 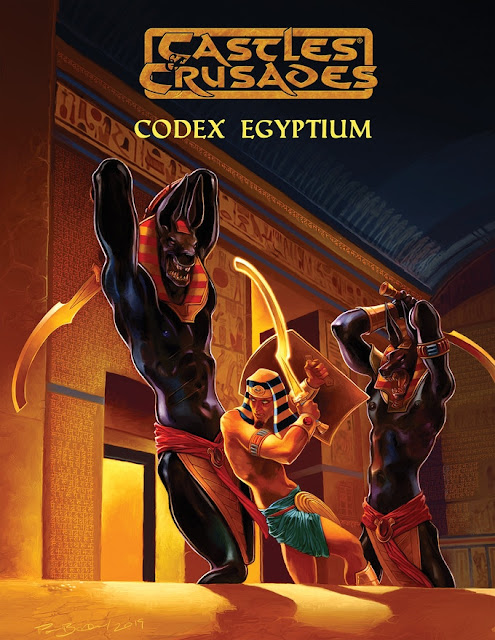 How will this turn out?! I have no idea until I take over next week & crack myself a beer. BTW DM Steve grabbed a copy of Castles & Crusades Codex Egyptium . He seems quite pleased with the book.