Behold! The Sword of Power! Excalibur! - Destiny Against The Darkness In Old School Campaigns

"Look upon this moment. Savor it! Rejoice with great gladness! Great gladness! Remember it always, for you are joined by it. You are One, under the stars. Remember it well, then... this night, this great victory. So that in the years ahead, you can say, "I was there that night, with Arthur, the King!" For it is the doom of men that they forget."

Merlin, following the decisive British Victory over the Saxons at the Great Siege and Battle of Mount Badon
Excalibur 1981 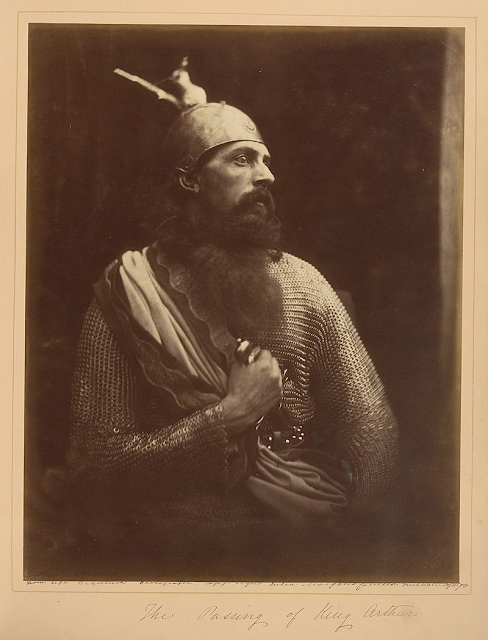 Work took me away from the blog today but my mind was on original Dungeons & Dragons again. More specifically the Greyhawk Folio. The folio back in the early Eighties was my introduction into the world of  both  Greyhawk along with the works of C.S. Lewis & Arthurian literature." In 1975, Gygax and Kuntz published a booklet called Supplement I: Greyhawk, an expansion of the rules for Dungeons & Dragons based on their play experiences in the Greyhawk campaign." The supplemental books for the original Dungeons & Dragons lines  were the only books along with the Arduin material my dungeon master needed back then.
Science Fantasy & pulp material regularly plane hopped into our world setting & this was something that we took as incidental. Today I head from a 5th edition Dungeon master that he didn't know if he was 'allowed' to do this. Back when I first started with the OSR Lamentations of the Flame Princess blew my mind because of the fact that the retroclone system broke the unwritten rules conventions of second edition Advanced Dungeons & Dragons. Namely working in real world history events where & when they wanted. This convention was something I hadn't seen since the heydays of 'The Dragon'. This was when gamers mixed & matched WWII miniatures  rules sets with original  Dungeons & Dragons adventures. Lately the OSR scene seems a bit too harmonized for my tastes. I play fast and loose with my games because I enjoy the hobby. 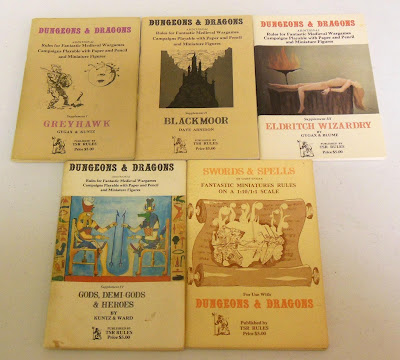 I've talked at length  about the fact that the powers Fairyland played havoc with Camelot & that it continues to echo through history in my campaign settings. This is especially true using the various families found in Camelot as both the source for PC's & as the movers & shakers of European history. Bloodlines & royal families  are the prime moves in the Boorman  film 1981's Excalibur we see this. But we also see one of the forces of chaos in old school games artifacts & treasures. In this case the sword of power Excalibur's hold on those who behold the sword's power in the hands of the rightful king.

Its one of many such treasures in the ranks of Arthurian literature. These items of magic  stand in sharp contrast to the ceaseless stark darkness of H.P. Lovecraft's materialist darkness of the Great Old Ones & the Outer Gods.  Robert Howard's Bran Mak Morn the last king of the Picts is one of the character's who helps bridge the historical gap between Arthurian legend & the Mythos. There is a clear line from Robert Howard's Bran all the way back to King Kull of Atlantis."Kings of the Night" (first publication: Weird Tales, November 1930). The first story to feature Bran as a king and describes him as a direct descendant of another Howard character, Brule the Spear-Slayer, companion of the Atlantean King Kull."

I would hazard to guess that there is a faction of Bran Mak Morn's cult residing along with Arthur's knights in Camelot even as the forces of Le Fey family weave their spells. The cult survives well into the Twentieth Century.
""The Children of the Night". In this tale Bran does not appear directly but rather the story elaborates on his cult, which first appears in "The Dark Man" and which seems to have survived into the 20th Century. Events in the narrative correspond with the timeline and events noted in "Worms of the Earth"."
"Atlantis, Lemuria, and Valusia all sank into the sea along with Camelot but the legacy of magick & heroics survive well past the kings & knights. Part of the reason for this is the fact that the Elves of myth & legend can't leave the affairs of man alone.  Artifacts & items of magick seem to have a life of their own often taken by the tides of destiny. They go where & when Fate dictates that they are needed. Gods, Demi Gods, & Heroes by Robert Kuntz & James Ward as well as Dark Albion, Cults of Chaos, & Lion & Dragon are full of these items of power.
Blood & power seem to call them & they play their parts within history for good or ill. Much to the detriment of  Fairyland & Hell's designs. 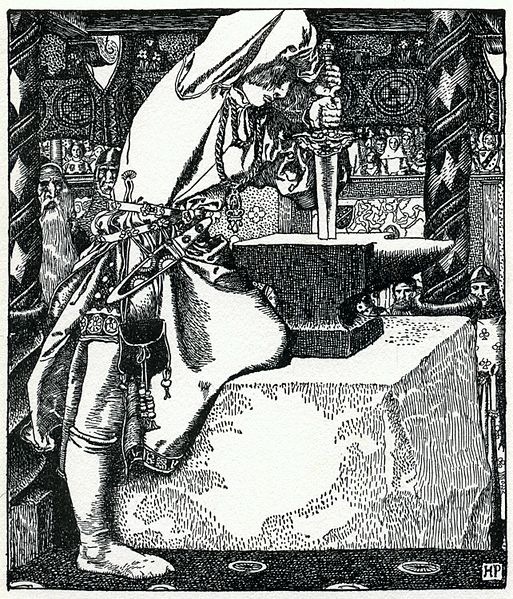 "Though the Witch knew the Deep Magic, there is a magic deeper still which she did not know. Her knowledge goes back only to the dawn of Time."The Lion, the Witch and the Wardrobe (1950) Ch. 15: Deeper Magic from Before the Dawn of Time
The sheer weight of H.P. Lovecraft's cosmism stands in the rooted materialistic yet magick driven pulp rooted storytelling of Clark Ashton Smith's cycles. Someplace between the two there is room for Arthurian & heroic deeds as well as the gestures of heroes in the form of the PC's."Who knows the end? What has risen may sink, and what has sunk may rise. Loathsomeness waits and dreams in the deep, and decay spreads over the tottering cities of men."
HP Lovecraft The Call of Cthulhu

This is where Greyhawk & Blackmoor come in allowing the PC's to step into the realms of campaign adventure without side lining the main campaign of the game play taking place in Europe especially during the events of the Hundred Years War, The Rose War or The Thirty Year War.The advantage here is the fact that there is such a range of gaming possibility within these historical events that entire generations of a royal family could take place & there would still be room to place dungeons, ruins, and fully fleshed out adventures. 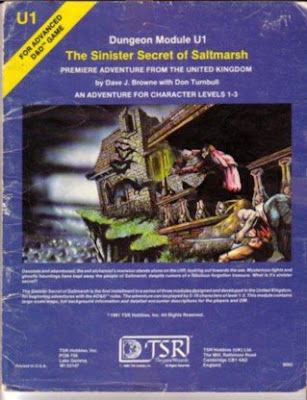 Both Dark Albion & its attendant retroclone system of Lion & Dragon have room enough so that a DM could take the events of Camelot shunt them next to the machinations of the Frogmen. Then take a classic set of B/X Dungeons & Dragons Expert adventures such as the U Sinister Secret of Saltmarsh  series & still have room to place them within historical context. The thing to remember is that the PC's are real movers & shakers within a historical or legendary series of events.
The focus is always on the party and not on the elements of the adventure or the campaign. Roots of the future center around the PC's actions allowing a campaign to grow organically. 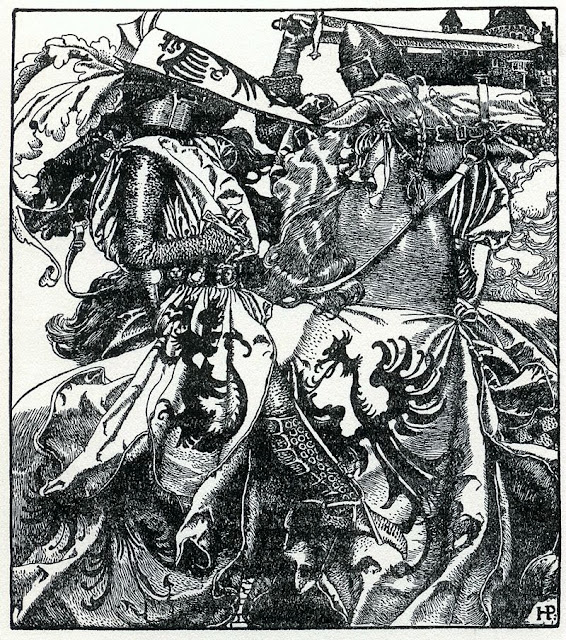