There is a space opera out there that came out back in the day that most of you had never heard of... A bit of background, on the weekends back in the 90s I would get into my car & go down to Wallingford,Ct for a weekend of Anime at a local comic shop. I would spend the weekend with friends & one of the things we saw was this

Crusher Joe was made into an animated film in 1983, and a pair of for-video animated episodes in 1989. The film version won the Animage Anime Grand Prix prize in 1983.The plot:
Enter the tale of the Crusher Council, a group of rugged individuals known for assignments ranging from transportation to terraforming and everything in between. In the early days of space exploration the Crushers took on the job of destroying asteroids and defining space lanes. Because of their work, they were nicknamed "Crushers" which eventually became their business moniker.
Despite the rough and ready nature of the Crushers' work, they subscribe to a few steadfast rules. Unethical and illegal assignments are taboo, and any Crusher accepting one is barred from the Union. Of course, this presents problems for shady clients who try to trick the Crushers into accepting misleading assignments. They know that once the Union accepts a case the Crushers are honor-bound to follow it through. Among the various worlds, the Crusher Council has a stunning reputation, and among the Crushers, the most elite team is the one led by Crusher Dan and his successor, Crusher Joe. 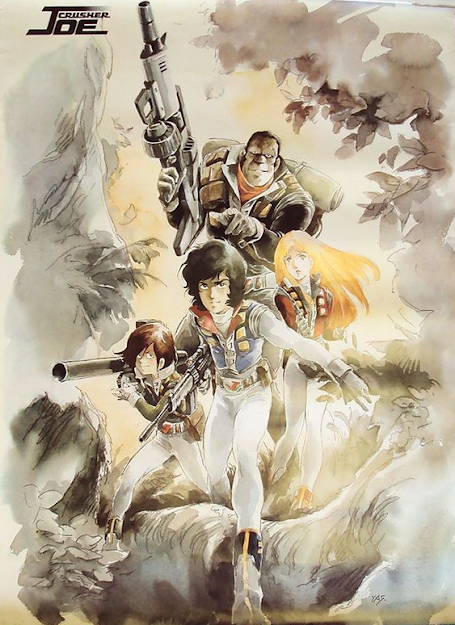 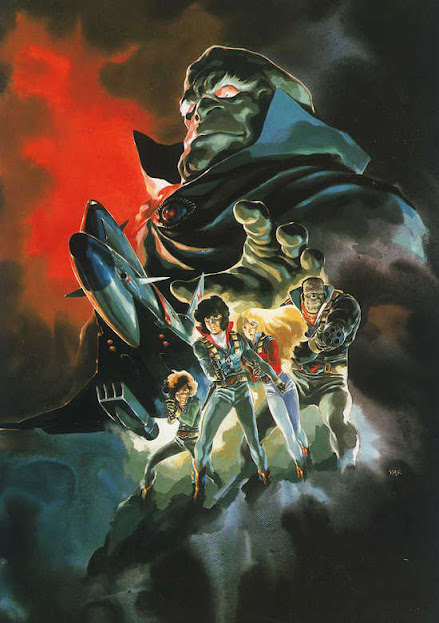 Like Star Wars & want a universe that your players don't know & the perfect excuse to put them together then look no further. Need the model of a balanced part in a science fiction space opera then check out the characters above. This is the perfect model for a party, the characters are even & have very cool concepts even based on such cookie cutter examples of tropes.
The action here is break necked & Dungeon masters can learn a thing or two about leaving logic behind & simply going with the adventure.
The ecologies are weird, strange & utter alien here & those who love their worlds with interesting monsters & cool stuff are in for a treat. Take a page from this world.
This is also a perfect example of working a "good" party into a universe filled with sleaze bags & pay attention to the inter action between the Npcs & the crew. The little details really fill in as the story line movies forward.
The technology is huge & built on a scale that leaves the realm of the believable & enters into the sphere of the Krell from Forbidden Planet. Huge world wrecking space craft, stations, Etc.
The world, its characters, technology, time line can be lifted & used at will in your favorite campaign. Remember this is 80's Anime & it looks like it. For The White Star Rpg this is a perfect fit! The whole cloth  of the anime with its intergalatic private trouble shooters makes the perfect OSR intergalatic campaign. Heart of Varrul is a White Star: Galaxy Edition™ campaign setting book would be a perfect set up for a Crusher Joe style campaign. The factions, ideas,etc. all fit. The PC's could be an off shoot of the Joes within the Crusher Joe time line & history.