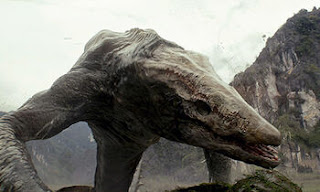 Skull Crawlers attack anything that they can stuff into their mouth parts using a prehensile tongue to smell any traces of flesh or blood on the air. These bastard Kaiju use a combination of speed, violence, & sheer malice to take down prey many times their size. They also eat humans with a varicity boarding on mania. The Skull Crawlers often are found any place where a volcanic vent opens into the inner Earth works. Skull crawlers will work in packs of 2d6 to take down massive Kaiju prey many times their size. The skull crawler has an incredibly simple & yet highly effienct acidic laced three chambered  stomach. This alien kaiju stomach will hold many times the weight of one of these eternally hungry Kaiju. Even Rock Critters are often prey for Skull Crawlers & the Big Ass Reptile species are rivals to these mega predators. 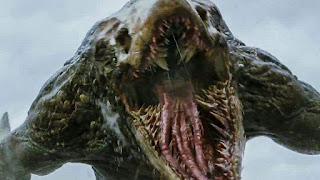 Skull Crawlers have been extensively exploited by several Mythos races including being used as living  biological weapons by Deep Ones against humanity in ancient past. They have also been used by the Mi Go at several of the Pacific based installations. Skull Crawlers are also found in interstellar space around the bases of the Elder Things at some of thier oldest facilities. 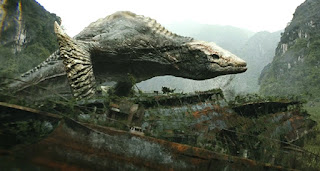