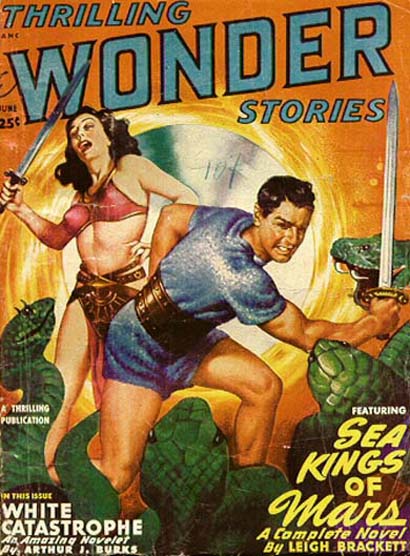 A quick rereading of  a copy of Sea Kings of Mars from Thrilling Wonder Stories v34n02 (1949 06) is one of Leigh Brackett's best.  Brackett's  writing about the serpentmen of Mars that's brought home one of my favorite villain races of Mars.  The Dhuvians, aka the Serpent Men: these are hated and feared by all Martians, these masters of super science were taught these forbidden knowleges by the very 'gods' themselves. Rhiannon being one of the Quiru, “hero gods who were human but superhuman.”
Sea Kings has plenty of elements of Sword & Planet that can easily be brought into a campaign such as  the Tomb of Rhiannon,itself filled with all manner of bizarre super science weapons & devices. Its the fact that behind the Sark Empire of cruelty are the Dhuvians. And these serpent men have the cooperation of a 'god'.
Sure the hero & the love interest both triumph over the odds in Sea Kings of Mars. It begs the question what happened to the the Dhuvians?!
For my own post apocalytic Mars they woke up after the bombs fell & really got things really nasty from there. There are two OSR resources that I used for my own campaign when it comes to  the Dhuvians.  Oldskull Serpent Folk from Oldskull, aka Kent David Kelly has been my go to source for these guys. This book by itself has everything a DM needs to really bring home these serpent men villains. 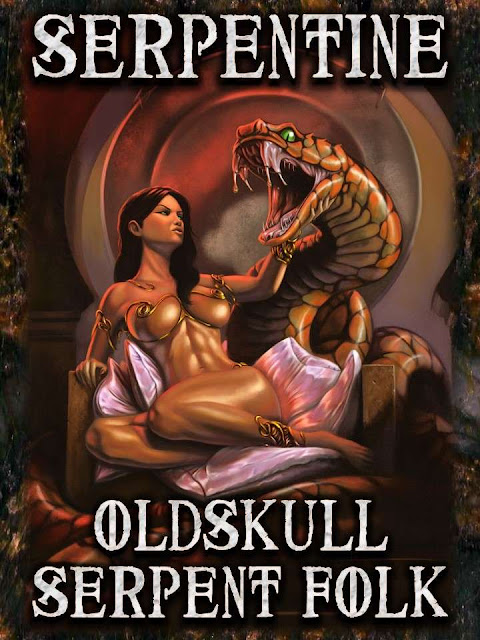 And when it comes to the Dhuvians then we've also got Gregorius21778: Ssssnake-Men! This product was  used to represent different tribal nations of serpentmen across their Martian empire. 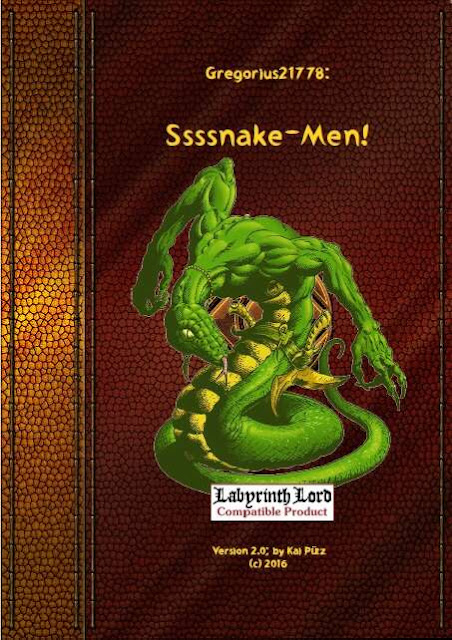 The Dhuvians  are going to be major antagonistic force in our upcoming campaign acting as villains & vile NPC's coming up!