"Almost overnight the tiny kingdom fell into ruin. Now only ruins and rumors remain, and what legends there are tell of a fabulous treasure still buried somewhere within the Palace of the Silver Princess." 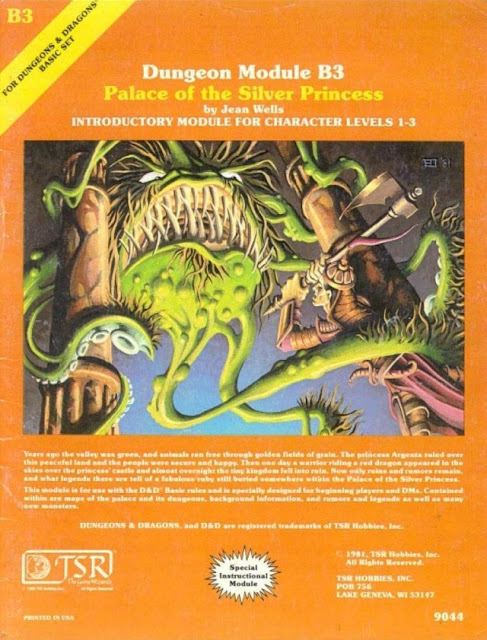 Let's hit em high & low at the same time today! The OSR is reeling a bit because of our use of both B3's Palace of the Silver Princess modules! That's right both modules  the one by Jean Wells & the rewrite by Tom Moldvay!  So this is gonna pick up right from this morning's blog post here.

Now with the land of 'The Princess Argenta ' washing against the reality of Earth. Things are going to go from bad to worse for our heroes.  If we go back into the Jean Wells version of this module then its pretty much open season on our PC heroes especially if we're using the Nightshift Veterans of the Supernatural Wars By Jason Vey & Timothy Brannan. Hersey! I heard this early this morning. Well, yes & yes! In a way. Way back in July of 2010 on the Otherside blog Timothy Brannan suggested in his blog post,' Returning to the Palace of the Silver Princess' the following;"I think I'll take a suggestion from Wizards and run this as "Return to the Palace of the Silver Princess".  The events of the "green" cover happened many years ago, but something went wrong that lead to the events of "orange" cover.  The Eye of Arik wasn't destroyed properly and soon the entire area became cursed.  Ellis the Strong (The Silver Warrior) became the the cause in the minds of the locals.  While the evil energies pouring out of the fragmented eye caused mutations in all living things in the castle.  Plants became vampire roses and archer bushes, the staff became Ubues (gotta explain them somehow), Aliegha, Catharandamus and the dwarves Boron and Xyzom were adventurers that came here previously and are now coming under the affects of the Eye.  Catharandamus is going insane, thinking he can summon Arik, Aliegh is turning into a wolf (or bear or a bear-wolf crossbred-thingy) and the dwarves are slowly becoming orcs.  I do plan on using Candella and Duchess, as randomish NPCs, but they had just gotten there and have not started to mutate yet. I just liked that picture of the two of them being caught by surprise. " I love that picture too Tim.
Something is going very wrong indeed & its time for the Nightshift to come into play. Because the curse is spreading across the Earth & the realms of Fey or Fairy are reacting as well! Sure there are some excellent OSR resources for Fairy but there's two that spring to mind are the free  Ford's Faeries: A Bestiary Inspired by Henry Justice Ford. 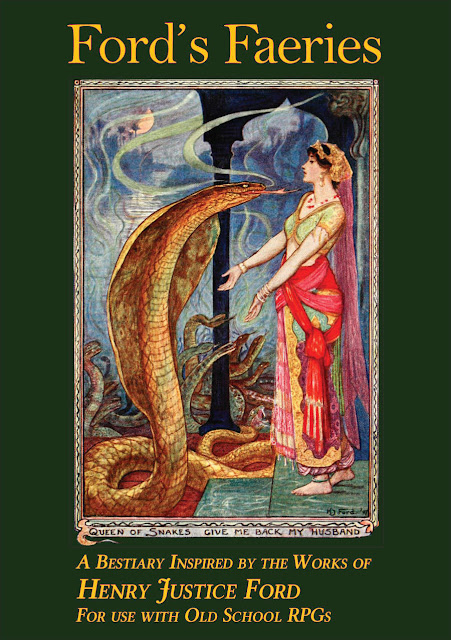 As the curse spreads the Fey come to implore the PC's to help with it. Now is the primetime to introduce Fey or Fairy PC's into the fray. Ford's Faeries: A Bestiary Inspired by Henry Justice Ford has some excellent Fey monsters that can be converted into PC Fey races for Nightshift. The second resource would be the  Enchanter Class for Labyrinth Lord and OSR From Weird Realm Games. These two resources would add an excellent Fey booster shot to the events of B3. 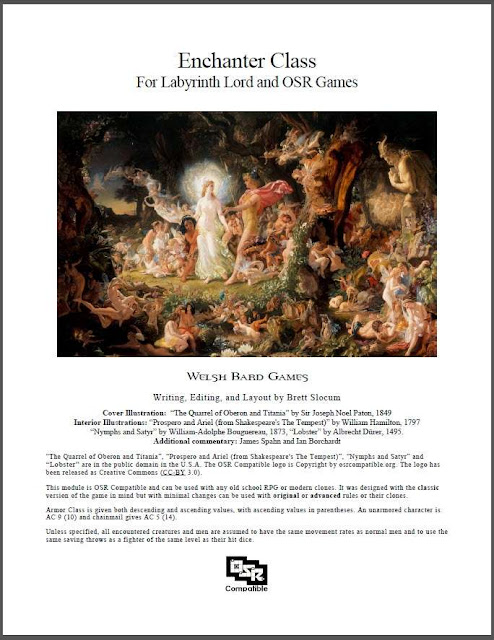 As the PC's journey deeper into the dungeons & events of B3'Palace of the Silver Princess' they journeying deeper into the curse itself. The events are part of the mindscape of  The Princess Argenta. The Eye itself is infected by its curse & so may have a new chosen one to deal with these dangerous effect. The additional PC classes & information in 'The Night Companion' are gonna be just the thing to add into such a campaign setting. 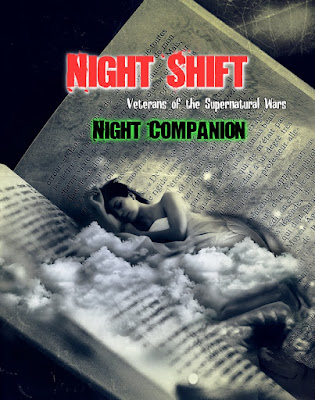 With the addition of the Fey courts & their modern rulers PC's are going to have walk a very dangerous balance between the modern world & the dreamlands of B3
Posted by Needles at 1:09 PM