"Herein lies a wealth of imaginative and horrific material for use in D&D campaigns, especially those campaigns inspired by Supplement V: CARCOSA. Everything herein is, of course, entirely optional. That said, nothing held between the covers of this tome would I hesitate to use in a D&D campaign. What weird ceremonies occur in that squat stone village beneath twisted and bloated trees? What incomprehensible customs do the men practice, and in what sort of alien architecture do they lurk? All such questions can be easily answered with the aid of the treasures in your hands." 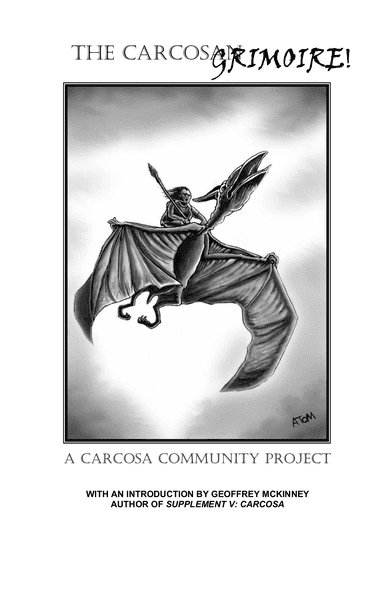 This blog entry picks up right from here.  When it comes to fan projects that actually make a supplement better  'The Carcosan Grimoire' from '09 falls into that category. This book includes new monsters, new Carcosa factions, new spells, and advice. This book is pretty much a fan based expansion on the original  Carcosa book. And it shows. You've got some great material here that fits squarely within the Carcosa universe. Does  'The Carcosan Grimoire'  fit the Lamentations of the Flame Princess version of Carcosa?! The answer to this is a square yes in spades. The material here is one part origina Filmation style He Man on acid with bit of Saturday morning Kaiju. 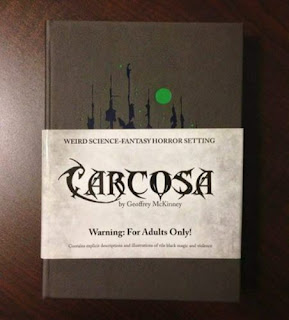 Using some of the material from 'The Carcosan Grimoire'  I ran an OSR horror campaign along with a bunch of Star Wars fans through 'B4 The Lost City' by Tom Moldvay. That particular modules does extremely well as a desert addition onto Carcosa. Simply treat the religion of the inhabitants as 'real' & the expanded city locations leading to other worlds of B/X D&D. The Lost City itself on Mystara snared some folks because it was located in the  Alasiyan desert, between Parsa and Sulba, Ylaruam. This is thanks to the 'Mystara module & placement' article from the Vaults of Pandius.   A very nasty way of getting PC's stuck on Carcosa. 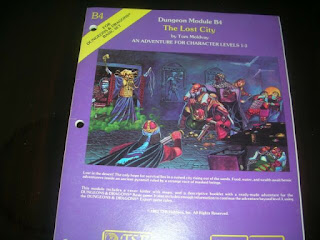 Carcosa has been my Lovecraftian nightmare realm since it came out by Geoffrey McKinney & over the years the unreality of Carcosa has bled into lots of other realms including Earth. 'B4 The Lost City' by Tom Moldvay is perfectly suited to take on PC's Robert E. Howard 'Red Nails' style. The OSR Grimoire author put together the 'B4 Lost City Campaign Companion which is an absolute must & available on The Vaults of Pandius website here.

I've used B4's factions as counterpoints to Carcosa's tribes & have had them at war with each other for years now. The Cynidicean sorcerers of 'The Lost City' are often some of the nastiest that PC's can run into on Carcosa. They've also popped up from time to time in Astonishing Swordsmen & Sorcerers of Hyperborea on various missions.