In a lost land, that only dreams have known,
Where flaming suns walk naked and alone;
Among horizons bright as molten brass,
And glowing heavens like furnaces of glass,
It rears with dome and tower manifold,
Rich as a dawn of amarant and gold,
Or gorgeous as the Phoenix, born of fire,
And soaring from an opalescent pyre
Sheer to the zenith. Like some anademe
Of Titan jewels turned to flame and dream
The city crowns the far horizon-light
Over the flowered meads of damassin ....
A desert isle of madreperl ! wherein
The thurifer and opal-fruited palm
And heaven-thronging minarets becalm
The seas of azure wind....

(Note: These lines were remembered out of a dream, and are given verbatim.)
The City in the Desert  (1922) by Clark Ashton Smith

I've been quietly looking into Clark Ashton Smith's Zothique over the last twenty four hours. Zothique is one of those places that infects my imagination. Zothique is a world millions of years in the far future. There have been literally been hundreds of countries, kingdoms, & empires that have turned to dust among its deserts. 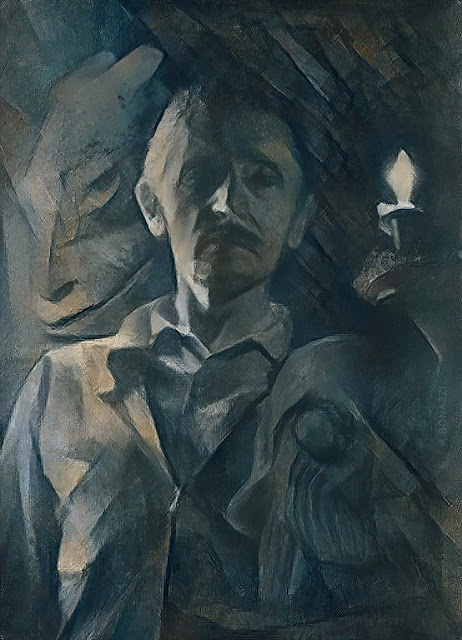 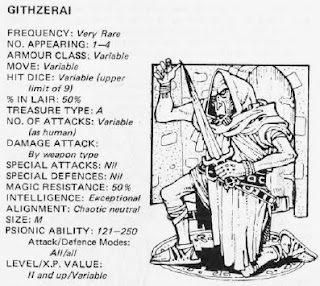 Last night around the campfire there was talk about the Mind Flayers from back in July on the blog. We were speaking about the fact that our guys from our old Amazing Adventures campaign have unfinished business on Zothique. And this involves  the Bothrians view themselvs as the only true mind flayers & brain lashers left. All of this went back to the party almost dying at the hands of a mercenary unit of  githzerai.They were tracking the Bothrians through the astral plane.The Bothrians in  their astral plane hopping nautiloid style ship decended into a lost kingdom in the wastelands.

There was a major fight between the party's two martial artists & the monks of the Githzerai. This all came to a crashing halt when the Botherian guards started to pour from the city. 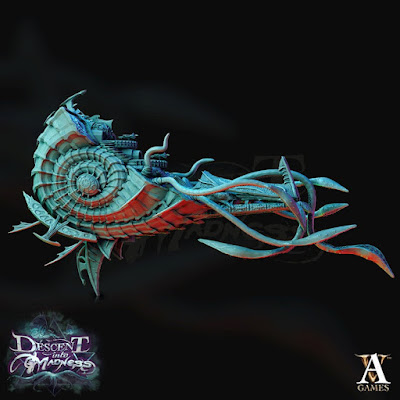 Many of these events tie into Arch Villain Games Descent Into Madness miniatures kickstarter which DM Steve had backed. 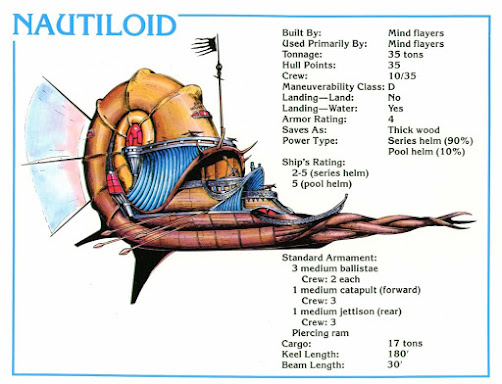 All of this ties back into a discussion that was going back in April of 2021 over at the Piazza website on the reappearance of the nautiloid Spelljammer ships in fifth edition D&D here.
The player's PC's and  the monks of the Githzerai parted ways quickly as the guards were dispatched by the monk's leaders. And then they disappeared in a haze of psionic energies. The question what happens now?! The PC's were confronted by a sky ship straight out of   Bruce Heard's Wings of Darkness during tonight's game session after fleeing the rest of the guards! 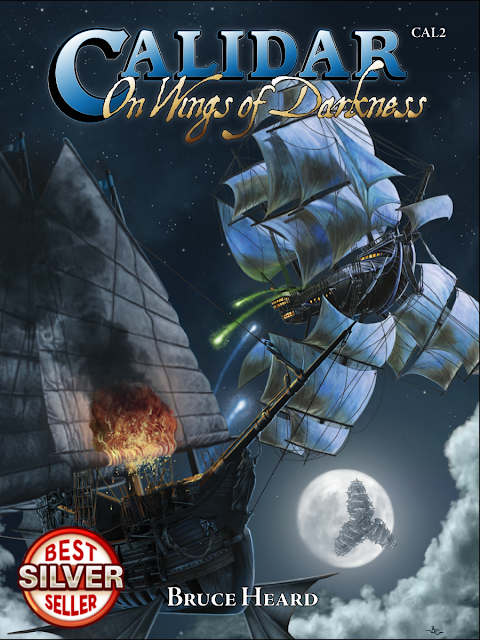