Venatosaurus ("hunter lizard") was a medium sized theropod dinosaur that lived on Skull Island, and were the descendants of a group of non-avian dinosaurs called dromaeosaurids. It was 16-24 feet long, but fairly lightweight for its size. Specially adapted for the circumstances of the Skull Island chain. 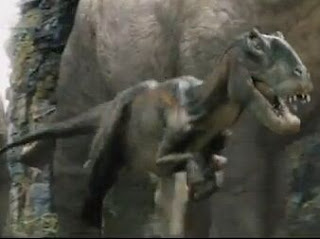 Venatosaurus  are the terror of many a ship wrecked & lost sailor who found themselves on the shores of the Skull Island chain. The Venatosaurus are the terror of any dinosaurs & even some of the largest kaiju. The Venatosaurus  swarm their prey in a hail of bodies biting, clawing, & ripping apart anything that comes under their claws. Highly intelligent and social, Venatosaurus lived in packs of six to twelve or more full-grown adults and assorted young. They preferred jungles to the open grasslands, as the thick forests provide cover for them and nests for their young. Venatosaurus nests were dug out amid the roots of giant jungle trees. 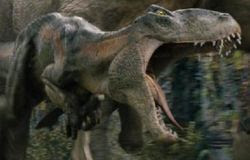 These monsters were used extensively during World War II as guard animals by several super science villains. And responsible for the destruction of at least eight facilities of both the Japanese & Allied forces who got too close to the Skull Island inner Earth chain entrance.