"Welcome to Nexus, the Infinite City. The city where all realities meet. A place where Ancient Babylon is just down the street, and the next off ramp leads to the lost cities of Mars. Rub shoulders with alien gangbangers. Party it up with the creatures of the night. Fight alongside Aztec cyberpunks and Roman centurions. Rumble with street mages. Lock down trade deals with avaricious dinosaurs. Unravel the mysteries of the metaverse. And make it to the club in time to check out the latest shriekrap bands." 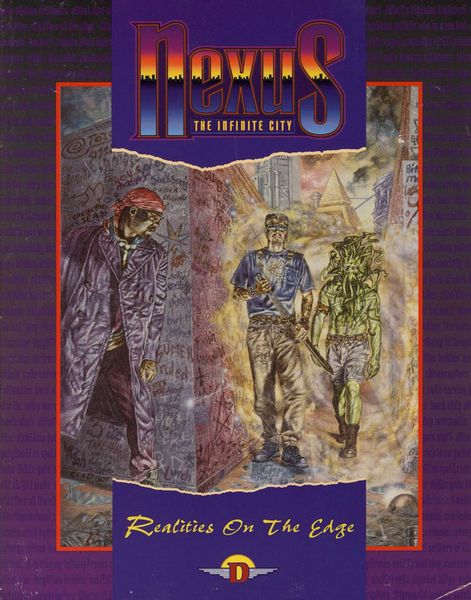 So DM Steve has had an on going Nexus The Infinite City game going on using Worlds Without End rpg system. The idea of an infinite city spawl tucked in with rifte Babylon & alien artitecture is one that he's been doing now since Stars Without Numbers Revised hit the OSR scene. The idea here is that humans have been turning themselves into Elves through a transhuman process. The 'real forces of the Fey' are vastly upset by this! They consider this an abomination. And last night we crossed paths with another OSR powerhouse. But we ran away! 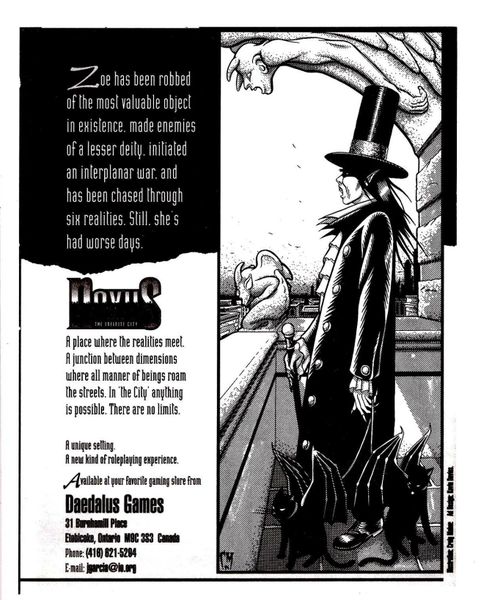 Now across the dimensional threshold 'The Eld' of The Misty Isle of the Eld fame are taking on the newly created Elves as slaves & Eld technological fodder. Ahh but not all is well for the newly created Elves. Some of their lot are subcombing to a horrid plague that turns the new elves into ravingly hungry ghouls!   The Eld simply burn the newly formed ghouls & its another cost of doing business to them. There's more going on here then meets the eye. 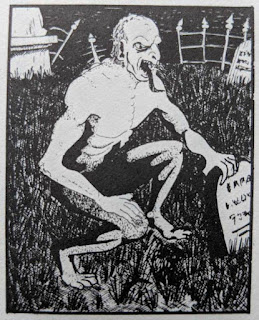 The occult technologies that are being used by the humans maybe to blame. No one knows where it came from. Simply that it was found in an abandoned temple in some forgotten side street & it was overrun with you guessed it ghouls. The Elves are immune to the paralysing touch of the ghouls but the local humans including the medlies are not. Our group of adventurers has been hired to check out this temple. But I'm not convinced. There's something more going on here?! So around the street we start checking. Yes there's lots of minor undead around the place. The usual zombies, the occasional ghost, etc. Somerthing about this neighborhood doesn't smell right to us players. I'm playing a cleric of Hel in this game. Needless to say that my PC isn't amused by the humans trying to escape their fate of death. Something is beyond not right with this situation. And we need to talk with the 'Fey' coming up next game. But I've a feeling I know whose behind the undead aspect & that's OD&D or B/X's version of the demon lord Orcus. 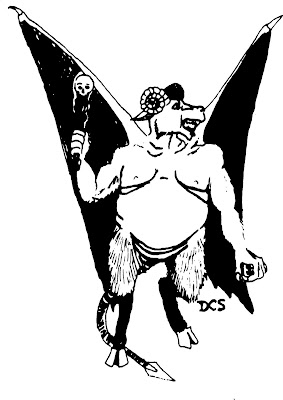