The Quetzalcoatl was discovered in the Southern point of Mexico  during World War II. The Kaiju was a subspecies of the Rodan. family of giant monsters. The beast was a part of the local mythology of the  sub tribal Aztec nation in that area of Mexico. Quetzalcoatl  was an incredibly terroritial  species of Kaiju capable of surviving in volcanic areas having made its home in a fiery grotto near the surface of Southern point of Mexico. 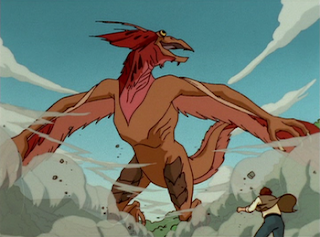 The adult Quetzalcoatl could emit a deadly stream of fire and balls of flame from her mouth, and was covered with a special type of skin made of silicon that allowed her to be unaffected by the hottest of temperatures. Quetzalcoatl are driven by instinct to nest & reproduce. They have 1d6 eggs which hatch in to dangerous baby Quetzalcoatl capable of devouring man in two bites. The Quetzalcoatl are incredibly dangerous carving out their own environments  & nesting sites. 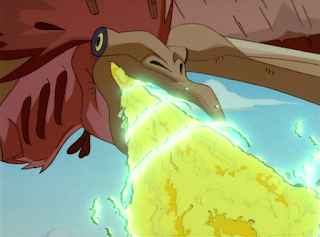