So Kevin Crawford has another fantastic Stars Without Number Kickstarter and the man does wonderful OSR science fiction material. This one follows up on the heels of Suns of Gold, Darkness Visible, and Skyward Steel - Starvation Cheap is made for running  a full-fledged mercenary campaign in a sci-fi universe  Starvation Cheap will give you the DM all of the tools to be able to run sci fi mercenary campaigns right out of the box with Stars Without Numbers or your favorite old school sci fi system.

Back It Right Over
HERE 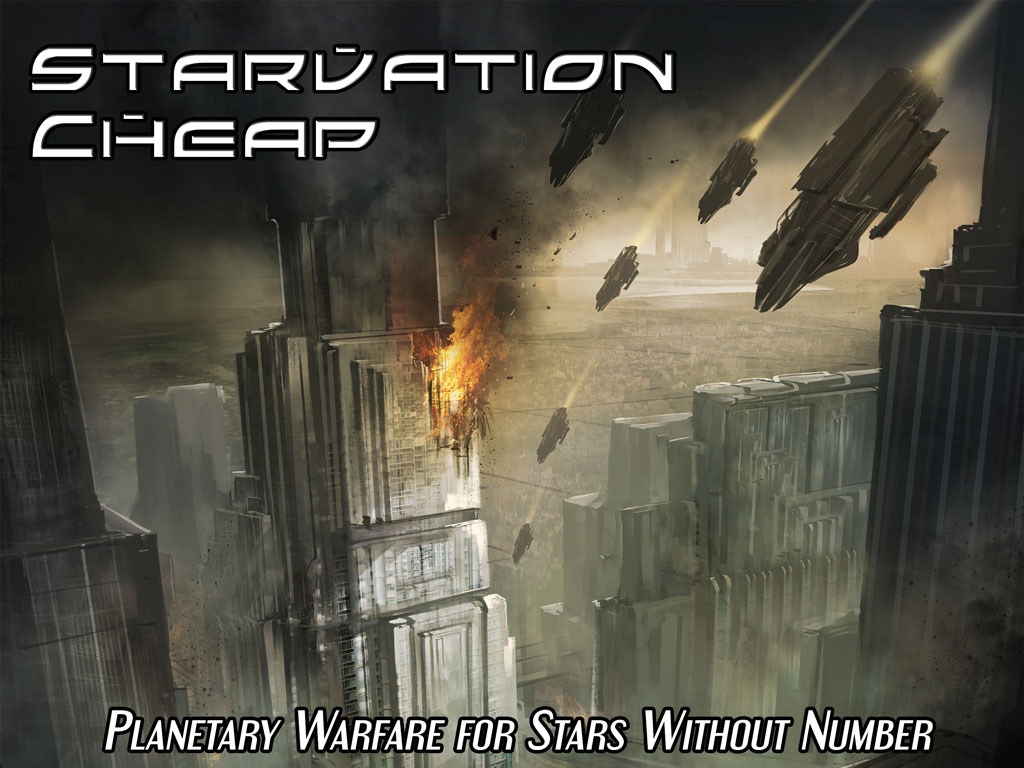 Here's what we get in this one according to the Kickstarter:

While written for Stars Without Number, the great majority of the tools in this book are system-neutral, perfectly usable with the sci-fi game of your choice. Within these pages you'll find tools like...

Knowing Kevin Crawford's works as I do this is going ot be another top flight sci fi rpg system book and it will have everything your going to need to run a merc campaign straight out of the box. The man does good design work and has a reputation built on solid writing, he knows his subject. He's a fan of science fiction and this another project for the SWN rpg system that will require a look into. My advice straight out of the gate is too get on board and not regret it later. Stars Without Number is a solid rpg system with a ton going for it, this Kickstarter is one to watch and back in my humble opinion.
Posted by Needles at 7:50 AM