Deep in the wastelands of  Accursed Atlantis alien powers fight ancient wars using surgically altered slave soldiers in their sick wars of attrition and decadence. The ancient Martian warlords and wizards fight a four sized war against the Mi Go for control of territory and control of valuable resources using slave stock who live and die at their alien master's hands. Loss of life from their slaves is tallied and the slave stock continues to flow into the hardened alien city state fortresses of these uncaring masters of super science and alien sorcery. The alien mercenaries continue to bring new slaves as the wars continue under the alien uncaring suns.Life and death means little to these creatures whose strange alien chess game has gone on for centuries with new war machines added or some new weapon of war making its way onto the battle fields. 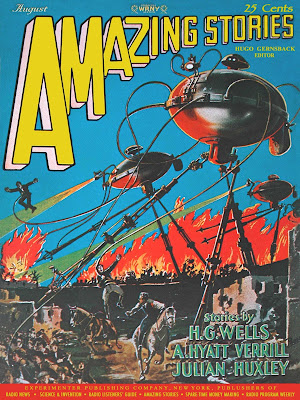 The true masters of the deserts wastes of Accursed Atlantis has been the ancient Martian warlords whose grasp once extended over vast dimensional holdings of a plane spanning empire. Their empire was held in check by their genetically altered creations among their holdings populations such as the unique ecological and religious cycle of the Therns and The First Born on Barsoom. Cycles of history that play out in Accursed Atlantis as well.
The wastelands ring out with the clash of cybernetically and surgically altered slave warriors playing out bloody and dangerous games of blood and dust in the wastelands.  The Martians keep a gaining and losing ground against the Mi Go with no clear winner yet. The Martians continue to push with their alien troops and war machines however.

The Martian warlords controlled Earth 7500 BC and their handy work still resonated with the events of their genetically created super soldiers invading Earth in 1998. The wide spread terraforming efforts of the invasion almost succeeded in turning the Earth once again into a playground for these terrible beings. They're efforts throughout the centuries clashed with the alien Mi Go and has been a source of conflict ever since. The conflicts played out in the back wastelands of Accursed Atlantis only heighten the tensions between the two alien powers with neither side gaining or losing much ground. There is speculation that these wars are merely for the alien spectacle and entertainment of their benefactors. The Mi Go are the leaders in sheer super science and cybernetic surgical skill however. The Martians employ alien and demonic surgeons to match the Mi Go. But the stalemate continues.  Here then are 1d6 Mi Go random surgical alterations for your old school campaigns should your PC's fall into the claws and nippers of the Mi Go 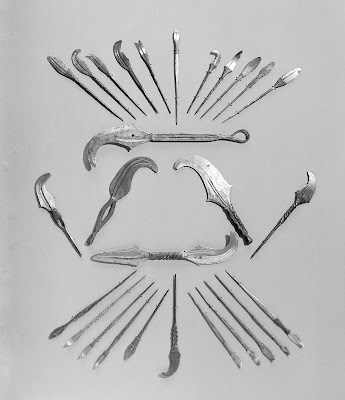