When we start to dive beneath the surface of the Dark Albion book we are looking into a world defined by two things the weight of its history and the violence of its society. Dark Albion is an dark fantasy world gone very wrong, a place where the magic and mythology  of the world has begun to wane and the dark claws of chaos grip the dark heart of this England. Read part I of this review HERE . All set against the backdrop of the War of the Roses. And all of the while Chaos and Hell wait to end it all! The Church of the Unconquered Sun does its level best to eradicate it where it rears its head, often times by burning the infection of the infernal to the ground. This isn't D&D or any of its tropes at all. Here wizards and mages are working by their wits and your warriors better be born into a station where you can affect the world. Because the nobles are doing their level best to turn the Heraldic badges  of  The Red Rose of the House of Lancaster and  The White Rose of the House of York  into a chess board of blood, guts, and slaughter with someone claiming not only the throne but the very core of this world's England. Every little area of this England is fleshed out in such a way as to encourage adventure and breath life into the locations of  Dark Albion. And this book's pdf  is filled with wall to wall maps of adventure locations but there is very little here of fantasy adventures of a D&D style game. Because this is world of intrigue,violence, and hellish terror. The Church of the Unconquered Sun is a monolithic slab of an institution waiting to bring the hammer down hard on the head of witchcraft, magick, and Chaos in spades. The question is will your party be the nail or the hammer? The War of the Roses will determine that. For your social standing, status, and indeed your family honor is all at stake in this setting. So are your very lives. 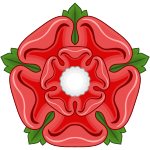 The Law and Justice section of Dark Albion leaves little doubt as to the thumb print of this world's Rome in my mind. Its bloody and vile hand prints are all over this chapter and the ins and outs of crime and punishment are dark, swift and horrid. The echoes of real world his are all over this chapter. Make no mistake, your PC's screw up in this world and its the stake or worse for them.

The Europe of  the Dark Albion setting is given lots of detail in this pdf, we get an overview of a darkly strange world that borrows from the Gothic horror tradition but doesn't emulate to any fair degree.The terrors and mythology are once again twistings  of our own history but given far more depth to create the illusion of adventure just waiting around every dark corner and the roads of travelers beset with adventure.
Grab the Dark Albion pdf  Right Over  HERE

So bottom line is Dark Albion worth your money? In a word for the PDF, yes if your looking for a dark, gritty, rich, fantasy world of the War of The Roses. This is a labor of love by two authors who spent a great deal of time and energy on a project that must have taken years. The sheer volume of detail in this source book is over whelming in a good way, this is a very well produced and satifying OSR source book. Solidly done with tons of artwork, background, details, mystery, magick, and adventure ready for the taking by a party of adventurers in this dark alternative England.  This is one very well written and exciting adventure settings to have had the pleasure to review and read. Here is a source book worth of the War of the Roses with all of the adventure, romance, blood shed,violence, and more that one would come to expect from these authors.  It's already selling on Drivethru rpg and the hardback is up on Lulu as we speak and on Amazon as well.  A dark variant cover of the setting book is available from Lulu as well, this is my favorite cover of Dark Albion.  And within the next few weeks I'll be buying this one.
Posted by Needles at 10:36 PM