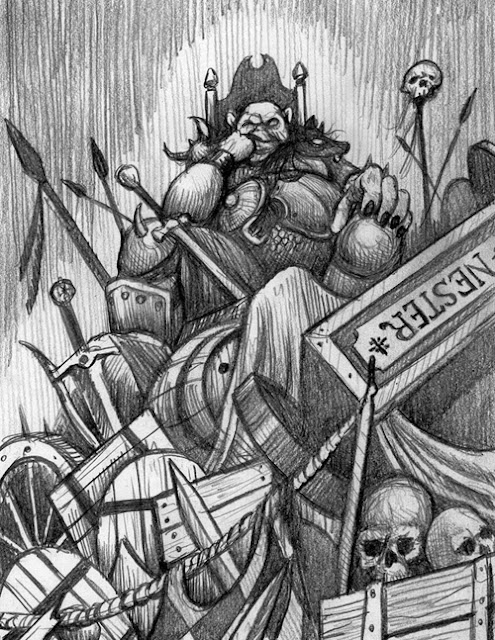 So for the past two year or more now, I've been quietly lurking on the fringes of Ernie Gygax's Facebook page watching and reading about hints of this project with Benoist Poirie : Frenchman and mapper extraordinaire on the Dungeon Hobby Shop Facebook group forever it seems.
The Marmoreal Tomb Campaign Starter is a completely self-contained sandbox module introducing Ernest Gary Gygax Jr.'s setting, The Hobby Shop Dungeon, and the lands of the Duinnsmere around it, to the gaming masses. The Marmoreal Tomb can be played entirely on its own, in whole or in parts, or used at the game table in conjunction with other GP Adventures offerings. It can be used with its own default setting of The Duinnsmere, and/or in conjunction to other settings, published and home-brewed. Its design seeks to reflect both the way Ernest Gary Gygax Jr. runs the game, and to be amenable to one's own preferences and play styles.
THE HOBBY SHOP DUNGEON is an adventure game setting originally created by Ernest Gary Gygax Jr. in 1978 while working as a clerk for the fondly-remembered Dungeon Hobby Shop of Lake Geneva, WI. Inspired by the many games and campaigns he played with his father and many friends, and aided by incomplete maps initially drawn by Terry Kuntz, Ernest came up with a large sprawling dungeon complex that could be used to run games at the store. Since then, more than a thousand players have explored its depths, as remembered by Ernest, including TSR alumni, family members, customers and gamer friends, up to 22 players per sitting! It has been played in a variety of venues including Margaret Weis’s and Don Perrin’s Game Guild, in California’s Dungeons & Dragons Entertainment division, as a special event for game conventions and many more besides.

This is this entire dungeon and setting around it that GP Adventures wants to bring to publication via its Hobby Shop Dungeon game line, starting now with the Marmoreal Tomb Campaign Starter. 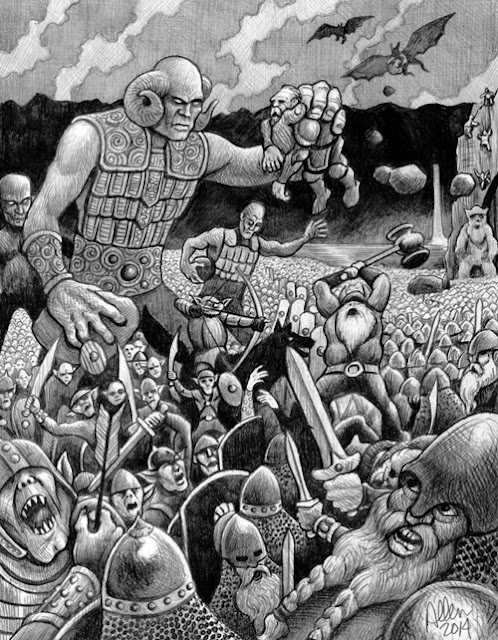 This is one of the Kickstarters I've been quietly waiting for in the background for months, I know how hard the authors have worked on this one. Its extraordinary that its out in the wild now. My advice right is to get on board and see where this is going to go! Go pledge & I'll be following this one up in the next couple of weeks to see how it get's funded.
Given the Gygax legacy, the professionalism that the authors bring to the table and the amount of work that's been put behind this project I wouldn't hesitate to get involved if I were you. This looks like an excellent product that's going to be taken to market. I'm really digging Mark Allen's artwork and what I've read on this project! 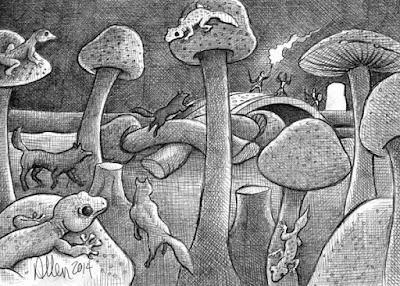 This is one of the bits that has me really excited; THE GYGAXIAN GAME. The Marmoreal Tomb has to present an authentic Gygaxian game play experience and present it in an original, unaltered format for those that want it. As such, the module is described by default using first-edition compatible rules, which allow game masters and players to experience the module the way it was played at Ernest Gary Gygax Jr.'s game table. This play style is directly inspired by the games Ernest played with his father, obviously, and we couldn't pass on the opportunity to bring about the publication of an entire castle and campaign that would honor and address this play style in an authentic fashion today.
Since the first advanced rules of the game are readily available for anyone to peruse today, whether in their original or free OGL formats, this default presentation will also be useful to those who use different editions and variants of the game, as they will be able to get access to the original format, use the material and tweak it in a manner significant to their own game and campaigns, whatever play style that implies.
Way too many companies and authors seem to forget this fact today but I know the 'ins' and 'outs' of the way that the designers and authors have applied their skills to the Marmoreal Tomb Campaign Starter. So to me its going to be an interesting time waiting and watching where this Kickstarter goes!  Get on board today! 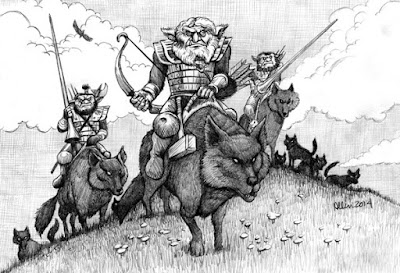