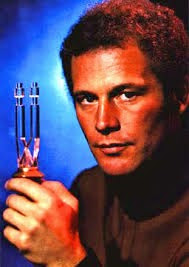 This item is from an alternative twenty third century future history, the device is part healing device and part multi platform tool. The Sonic Energizer uses sound waves to carefully perform a variety of functions up to five times a day. According to the ancient lore the device is described as :
a kind of crystalline "tuning fork" device called the Sonic Energizer through which he focuses his thoughts into what is described as a sonic manipulation of matter. The device is completely useless in anyone else's hands, and seems capable of a huge variety of tasks, from opening doors to disrupting electrical systems to large scale acts of destruction, as well as its apparently intended function as a diagnostic and healing device. 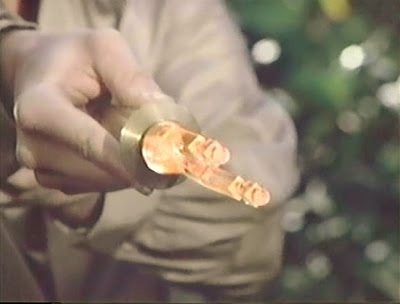 The device when found often  has one  of the tuning mechanisms that seems to be damaged. This is a five hundred credit fix but the numbers of these devices are very limited and spare parts can be a problem.