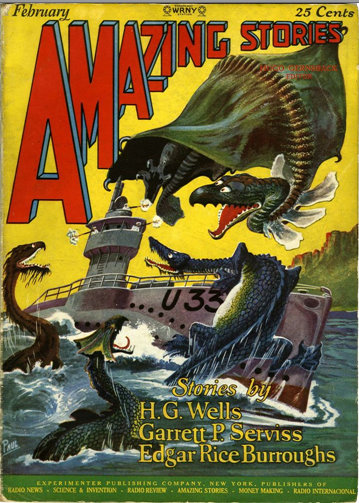 Other eras, worlds, and other dimensional locations often incorporate the remains of ancient or unknown civilizations lost to the pages of history and legend. Place where time has some how forgotten, the lost & damned seemed to be drawn to, and prehistoric life forms roam the lands. Many of these lands are imbued with the strange radiations of other worldly aspects making them very dangerous indeed. Often time seems to slip in such places and kingdoms from myth,legend, and other worlds are often found in these places.
Such locations offer adventurers incredible opportunities for riches, relics, and the like. These places seem to transcend time and space but not so, they all are located as part of the inner world or Pellucidar. The lost world inner world  of Pellucidar by Edgar Rice Burrough's two first novels At The Earth's Core  1914 & Pellucidar  1915 are now in the public domain and can be adapted as campaign fodder.

Dimensional vortexes  and gravity distortions often naturally occur allowing transition between worlds quite easily. Pellucidar has a land area of 124,110,000 square miles and can easily contain many of the D&D classic adventures such as the Isle of Dread or more contemporary retroclone adventures such as the Island of Purple haunted Putrescence or free adventures such as JN2 Monkey Isle for the Basic Fantasy rpg available right over HERE  could be fitted into the grand daddy of all mega literature campaign worlds. These locations and more can easily be slipped right into the oceans of the inner world of Pellucidar without making not even a ripple in the prehistoric waters of the place. 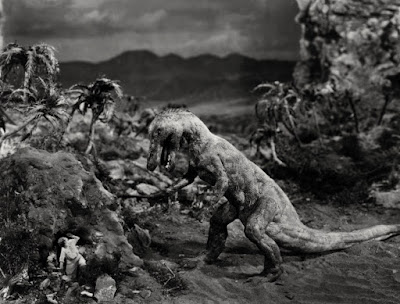 Lost World books that can easily be referenced for pulling the lost world vibe into your campaigns including material that exists within the public domain according to Wiki:
King Solomon's Mines (1885) by H. Rider Haggard is sometimes considered the first lost-world narrative.[2] Haggard's novel shaped the form and influenced later lost-world narratives, including Rudyard Kipling's The Man Who Would Be King (1888), Arthur Conan Doyle's The Lost World (1912), Edgar Rice Burroughs' The Land That Time Forgot (1918), A. Merritt's The Moon Pool (1918), and H. P. Lovecraft's At the Mountains of Madness (1931).
Earlier works, such as Edward Bulwer-Lytton's Vril: The Power of the Coming Race (1871) and Samuel Butler's Erewhon (1872) use a similar plot as a vehicle forSwiftian social satire rather than romantic adventure. Other early examples are Simon Tyssot de Patot's Voyages et Aventures de Jacques Massé (1710), which includes a prehistoric fauna and flora, and Robert Paltock's The Life and Adventures of Peter Wilkins (1751), an 18th-century imaginary voyage inspired by both Defoe and Swift, where a man named Peter Wilkins discovers a race of winged people on an isolated island surrounded by high cliffs as in Burrough's Caspak. The 1820 Hollow Earth novel Symzonia has also been cited as the first of the lost world form, and Jules Verne's Journey to the Center of the Earth (1864) and The Village in the Treetops (1901) popularized the theme of surviving pockets of prehistoric species.[3] J.-H. Rosny aîné would later publish The Amazing Journey of Hareton Ironcastle (1922), a novel where an expedition in the heart of Africa discovers a mysterious area with an ecosystem from another world, with alien flora and fauna.Edgar Allan Poe's The Narrative of Arthur Gordon Pym of Nantucket (1838) has certain lost world elements towards the end of the tale.
More information on the Wiki article of Lost Worlds can be found right HERE
Further references to Subterranean fiction reference and hint at some of the genre themes according to wiki include the inner Earth  as   "A venue for sword-and-sorcery fiction, while the latter often features creatures extinct on the surface, such as dinosaurs, hominids or other cryptids. A less frequent theme has the underground world much more technologically advanced than the surface one, typically either as the refugium of a lost civilization, or (more rarely) as a base for space aliens."

So what is causing these dimensional anomalies that bend time,space, and locations? The inner sun and dead world of Pellucidar. The inner sun and world create lighter gravity but also create perfect conditions for dimensional doorways to occur. This also might explain the weird appearances of mutated or highly dangerous dinosaurs and the like within the various alternative post apocalyptic Earths and time lines.

Because of the very nature of Pellucidar as adventure and campaign fodder it seems quite easy to connect up the lavish and nicely put together underdark and mega dungeon campaign worlds connecting up quite nicely with campaign settings such as the under Hyperborean world  campaign setting of AS&SH, Basic Fantasy, Lamentations of the Flame Princess, and even Atlantadria Port City Of The Accursed and The Warlords Of The Outer Worlds Campaign.