So I hear a ton about doing your own OSR  Star Wars games, well there are a boatload  of options out there in the OSR for running an old school games set in an alternative version of the SW universe. Everything from the styling Galactic Adventures retroclone adventures can still be downloaded right over HERE for really easy OD&D Imperial or Jedi action. To using your favorite retro clone system and adding in either Jedi or Imperial forces. There are two free downloads that I've used in the past which in the privacy of your own home are perfect resources to get the Force flowing. Starlog Magazine produced two very nice overviews for both Rebel Forces and Empires in the form of the Starlog Presents: The Official Star Wars Technical Journal Vol 3: The Rebel Forces & Vol. 2: The Imperial Forces. These were nicely produced  and very well done slick magazine products back in the 90's and were perfect for presenting some very cool, quick one night adventures. 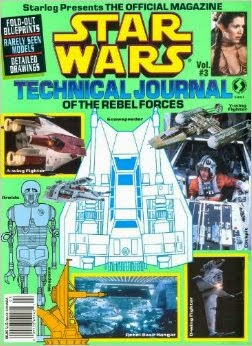 For the forces of vile villainy in the Star Wars universe there of course is the Imperial forces book which covers all of the classic 1970's and 80's era Empire's war machine.
You can easily pit your heroes against the forces of the Empire in some far off corner of the SW expanded universe of your own design and easily avoid the whole issue of  'Star Wars trivia glut'. A tactic which I've used whist running Star Wars D6 West End rpg systems back in the far off parsecs of yesteryear.


Grab It Right Over
HERE 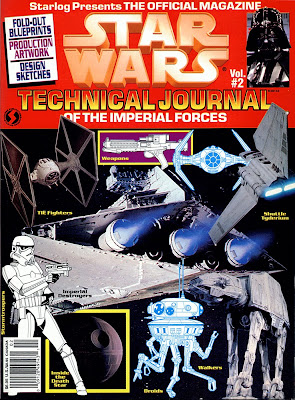 My advice when running any adventures in the Star Wars universe is to make the PC's the main focus and to set it outside the film franchises themselves enabling the PC's to really shine.There are so many holes, plot points etc. That PC's could easily have a campaign lasting years and only scratch the surface. 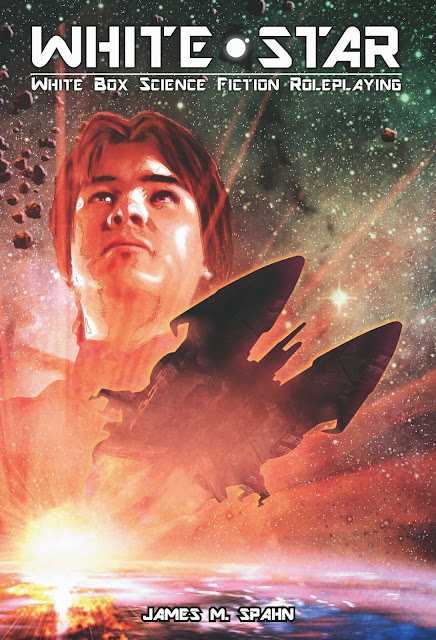 So what does this mean for those who wish to use these books for the White Star rpg system? Well its quite simple your going to need the Swords and Wizardry rpg to round out some of the creatures, forces, and ideas that are presented in this series of reference books for running an old school Star Wars based campaign set. Lots of the material presented here might be considered dated and somewhat out of Star Wars context but there's plenty under the hood to make this well worth your while. Much of the material here can be used, taken, and used as resources for many of the ideas for fannon Star Wars rather then straight out of the box based adventures. The fact that White Star hearkens back to the Marvel Star Wars comics in my mind is a plus. The White Star system seems to thrive on house ruling and planetary romance adventures. Any of the ideas here are going to to be for a desperate group of adventurers against a boat load of really nasty forces here.
So this blog post is for entertainment purposes only by a fanatical Star Wars guy and is for entertainment purposes only. This is not an attempt to violate the copyright and trademarks of the Star Wars franchise or the White Star rpg system. Neither of these properties is cut from whole cloth but would work very well together to emulate the type of OD&D style games that we dreamed about playing in grade school back in the Seventies.