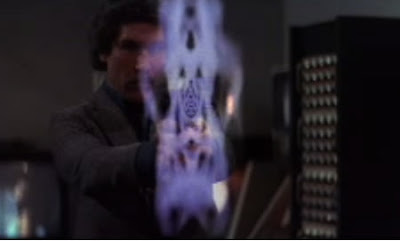 A product of ancient Atlantian super science the L.O.O.K.E.R. gun was a product of cooperation between the super science guild and the guild of entertainers which also had under its umbrella the society of illusionists and trickers. These guilds had strong connections to the Atlantian guild of religions and ministers of commerce. The L.o.o.k.e.r. gun is a device/weapon that simulates a color spray and invisibility spell tied into a spell like illusion effect upon the target if the target fails their save vs device. The L.O.O.K.E.R.  project (Light Ocular-Oriented Kinetic Emotive Responses) creates all of the effects of a color spray spell compacted into a shot. The guns have a range of 100 feet per flash shot and the cells are good for about ten shots.

Each gun will come with a case and two energy cells, the cells will mystically recharge if placed back in the case within 1d8 hours. 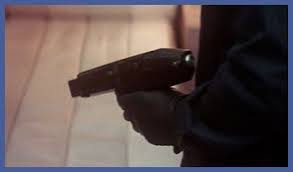 Each creature within the cone is affected according to its Hit Dice should the target fail their device save.

The creature is stunned for 1 round.

Sightless creatures are not affected by color spray. The guns  sometimes come with wrap around protective occular devices. there's a 20% chance of a pair or two of these being present. Those wearing a pair of these devices  will be completely protected from the effects of the gun.  Those wearing the  occular devices who are subject to the effects of the pistol have a 70% chance of reflecting the affects of the gun back on the wielder.
Here's the relic in action from the cult classic film L.O.O.K.E.R

This is a variation of a weapon that appeared on the cult classic L.O.O.K.E.R film. This is a homage to one of my all time favorite guilt pleasure films  not a trademark or copy right violation or challenge to the film  or the role playing systems mentioned in this blog post.