With everyone making cross compatible content for the White Star Rpg system, I thought I'd take a little stroll down the sci fi isle to remind folks that there is another option on the OSR market that might fill in several niches for the White Star campaign. There are several reasons for this. 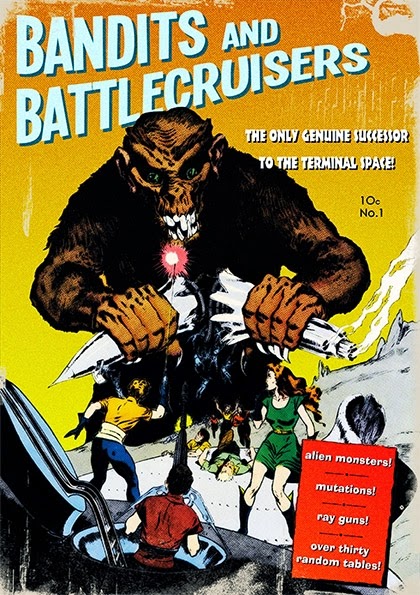 Bandits and Battlecruisers is one of those great niche products that catters to a niche within a genre. In this case OD&D and its retroclones with pulptastic options. Its available through Drivethrurpg right over HERE or as a print option from  Lulu right over Here . B&B isn't strictly space opera at all in point of fact the rules set is more  Sci-Fantasy Space Opera as I've seen described. And this is not a complete game but more of a tool kit for games such  LL, S&W and the like and need more adjusting for OSRIC. And that is one of the strengths of this product. Bandits and Battle cruisers offers : 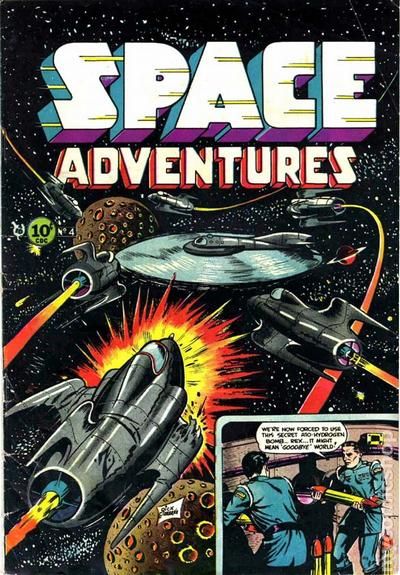 Which brings me to my next point with White Star, the system works because its so flexible within its very,very popular niche. Another game that is ideally suited for a far more star ship military style crew bringing peace and understanding to the galaxy  might be either Star Ships and Spacemen second edition or Bandits and Battlecruisers with Swords and Wizardry. The choices here are very clear, there has never been a better time to get in on exploring the depths of space in old school science fictional style. The choices are really yours and very clearly unlimited.
Oh and be sure to check out the author's blog for even more old school goodness Here
Posted by Needles at 7:28 AM