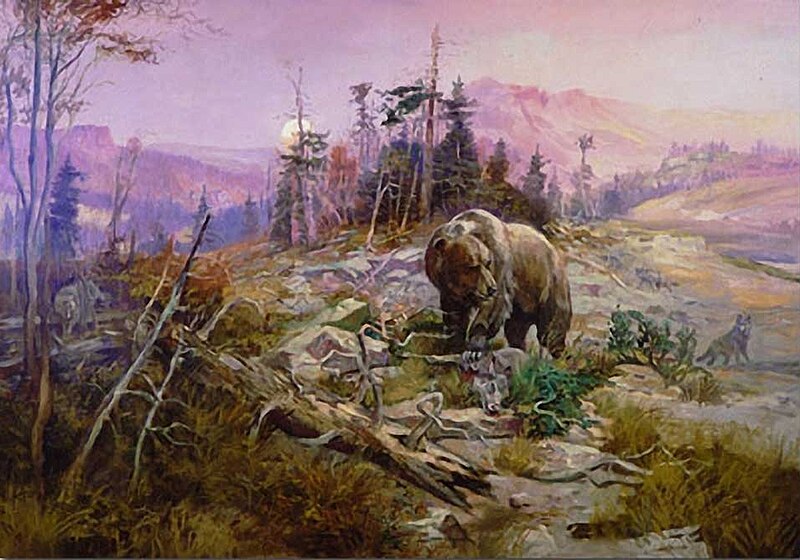 These bears are ferocious warriors who mystically bond with their owners/companions for life and share a deep and abiding telepathic link that transcends time, space, and distance. The Atlantian war bear measures fifteen feet long and weights up to 1,400 pounds. They have a keen intelligence, strong almost supernatural sense of smell, and a bite capable of sheering through bone and flesh with easy. Some tribal warriors ride these animals into war while other tribes uses these guardians and companions as warriors in their own right.
The Atlantian war bear
No Encountered 1(1d4)
Alignment: Neutral with good tendencies
Size:L
Movement: 60
Dex:10
Armor Class: 6
Hit Dice: 8+5
No of Attacks: 3 (claw/claw/bite)
Damage: 1d10/1d10/2d6
Saving throw: 14
Morale: 9
Experience points: 1000
Treasure class: -