Part of the idea here is that your PC has died in the dungeon or under some other mysterious circumstance and has the usual unfinished business back on the mortal plane. Wiki defines the revenant as: A revenant is a visible ghost or animated corpse that was believed to return from the grave to terrorize the living. The word "revenant" is derived from the Latin word, reveniens, "returning" (see also the related French verb "revenir", meaning "to come back").


This is a rather unique opportunity that allows the DM to inject a beloved PC back into the campaign with some very interesting penalties. You can't really remember your former life, your animated by sheer will power, and its not as high powered as some folks might think. Since your dead this can lead to all kinds of spotty and partial  adventuring details remembered and available to the PC. This allows the DM to feed certain details regarding adventures that the PC's find themselves in.  The idea here of the game or campaign being spoiled by the presence of a ghost I think its a dead wrong assumption. The PC can added a whole other dimension to a party where the various things have happened in the character's life that can be used as fodder for adventure design. The characters can easily become an asset of incredible potential to the campaign. The trick of course is to avoid the pitfalls of railroading and divisive DMing. 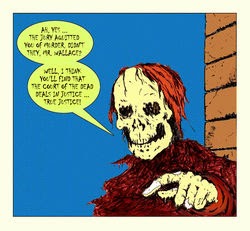 Fiction is filled with numerous examples of Revenants and most often we are familiar with this ghostly and corporeal  misunderstood characters. Some have been called zombies, ghouls, etc. And while they share many characteristics of these creatures. Revenants present some solid character opportunities for players. Here's a good solid list of representations from fiction to films from wiki Here. One of the best examples of the Reventant as PC and interacting with a party of adventurers is Spook from the GrimJack comics series from the pen of John Ostrander. Spook is GrimJack's lover and an adventurer in her own right. Her background later on comes to haunt quite literally  GrimJack and co later in the series  when her origins are revealed and her tragic and troubled past must be put to rest.  You can read more about her right over HERE 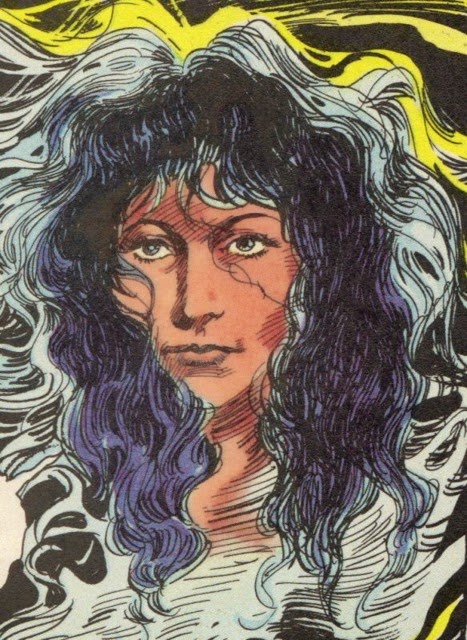 Sometimes the monsters are not always in the dungeons but playing of these ghostly and supernatural mysterious heroes can be very rewarding for both the DM and the players. The Revenant is one of the most under utilized player options in Fantastic Heroes and Witchery but one not to be missed. Used correctly and the sky is the limit to what can be done with these ghostly adventurers who can haunt your games!
Posted by Needles at 8:26 AM