Swords, Sorcery, And OSR Fan Based Stars Wars - Your Way Part III With These Free Downloads For Your Old School Campaign 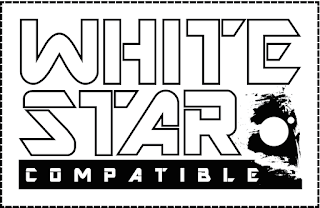 This is part III and perhaps the final part of this series of posts because it's now edging into the more recent end of posts from a friend's blog. David Bay Miller does excellent material for any number of OSR and OD&D style campaign. He's recently done a very quick and brief overview of any number star ships and extra PC classes for the White Star Rpg system which capture the flavor of both the Marvel Stars Wars comics and the expanded universe quite well. You can find any number of his stuff right over HERE
I've seen several opinions about the White Star Game rpg system being a complete entity unto itself and being able to be run with little problem and while I totally agree with that sentiment.Just about every DM I know is going to run the game and begin tinkering with it right straight out of the gate. They'll add, subtract, and twist, fold, and mutilate the hell of out the system. White Star is based on Swords & Wizardry. There are number of PC options out there for the game system and a good chunk of these are free. You can find material on that subject right over HERE
Hell if you want xeno archaeologists and adventurers you can easily download from Ancient Mysteries & Lost Treasures - Modern exploration & adventure in the Indiana Jones tradition. 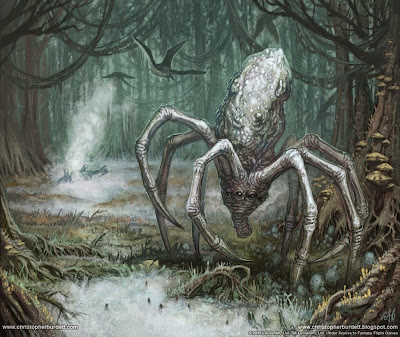 As for padding out a very fast pulp style campaign there are any number of fan theories that can be exploited to produce some really incredible 'what if' Star Wars campaign adventure settings.
I find myself right here saying yeah give White Star a chance & there are some really awesome things that can be done with it. The system is pretty much an open tool kit and can be exploited any number of ways. You can find some of the more extreme fan theories right over HERE

I've often taken the extreme alternative campaign route in the past, basically these would be Marvel style 'What if' campaign worlds. For example we know all about the Empire Strikes Back and this little issue:
In Empire Strikes back, Darth Vader is looking at an image of the rebel shield generator on the planet Hoth and states "That's it! The Rebels are there, and I'm sure Skywalker is with them!". It bothered me that Vader was searching for Luke Skywalker even before the Emperor tells him that the young rebel who destroyed the Death Star was his son. The opening text crawl of the movie says that Darth Vader, intent on finding Luke Skywalker, has dispatched probe drones to the far reaches of the galaxy. It hit me that Vader already knew about Skywalker. That he must've known that he was living with his old family, on his home planet, within walking distance of his old master and arch nemesis Obi-Wan Kenobi. He must've known that Obi-Wan could not possibly resist training the young Skywalker in hopes of bringing down Vader and the Emperor. Vader counted on this. He couldn't possibly train Luke right in front of the Emperor. So he let Kenobi train him in hopes of turning him. Now here's the kicker. For the preceding 20 years, Vader has resented and hated the Emperor for fooling him to the dark side, for using him as a pawn. His hope was that his old master would bring him Luke, ready to help him defeat the Emperor and free him from the bondage he had been tricked into. "And together we will rule the galaxy as father and son..."
Original credit for the above comment to Mike Cotterman January 31st, 2015 from the Movie Pilot site
I did something like this with West End's Star Wars Rpg years ago and enabled a very interesting take on things as the PC's struggled to get back to their own regular universe.
Well if we actually flip the focus from Luke to Leia mix around who the Emperor might really be then we get a very different out come and one that can be exploited quite nicely for a vastly different universe in a galaxy far,far,away. 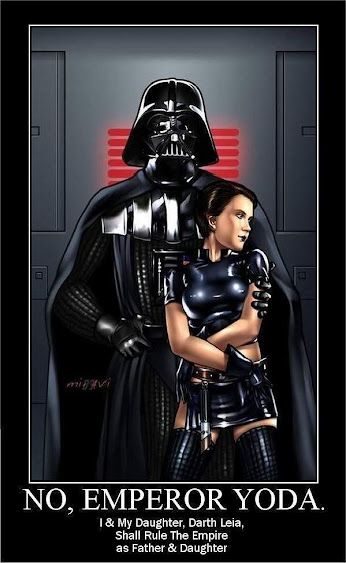 The reason that so many Star Wars DM's don't like to adher to the Star Wars setting and background is the same for gaming in the Marvel universe. One can easily get force choked by the very setting that your trying to exploit to game in. This is a problem that frequently crops up in any number of old school rpg's and one of the reasons that I've actively seen DM's time and again create their own settings for their games.
The  idea of spinning out a campaign universe from whole cloth isn't easy to do but using an alternative line of fannon what if history frees the DM to paint NPC's, historical fictional events, etc.,etc. in the way that they want. It also gives the true 'expert's' and diehard fans nosebleeds trying to figure out where your going with your campaigns. And this keeps your players coming back again and again.
This is blog post is not meant as a trade mark or copyright violation or challenge to either Star Wars or its franchises or the White Star Rpg system. This blog post is for entertainment purposes only. Artwork used without permission, all material by David Bay Miller his own. Cheers and happy gaming.