Almost a year ago, I contacted William McAusland about Mutant Epoch and he very generously sent me the rule book. The book is a massive piece of old school like post apocalyptic rpg awesomeness. Well over the last couple of weeks, I've talked a group of friends into trying it out and generating PC's from the ground up. In the meantime, the other half had gotten me almost the entire line of the game except for Outland Art's newest book. There's a ton of material to go through and the rule book itself is huge with lots of options for the PC's. This game claims that's its old school but in actuality its more a blend of the writer/designers idealized version of an old school post apocalyptic rpg. If your thinking that this is another stripped down Gamma World retro clone of Gamma World or another classic PA rpg its not. This is more like a love letter to those games with lots of other ideas thrown into the mix.

The six players took almost an hour generating their PC's not because they couldn't find anything to play. But because there were too many cool PC's to deal with. The whole sorted operation was over with lots of dice rolls on the random charts in the main rule book. We ended up with a mix of two ghost mutants, several other savage warrior mutants, a pure strain human, and a mutant raccoon. 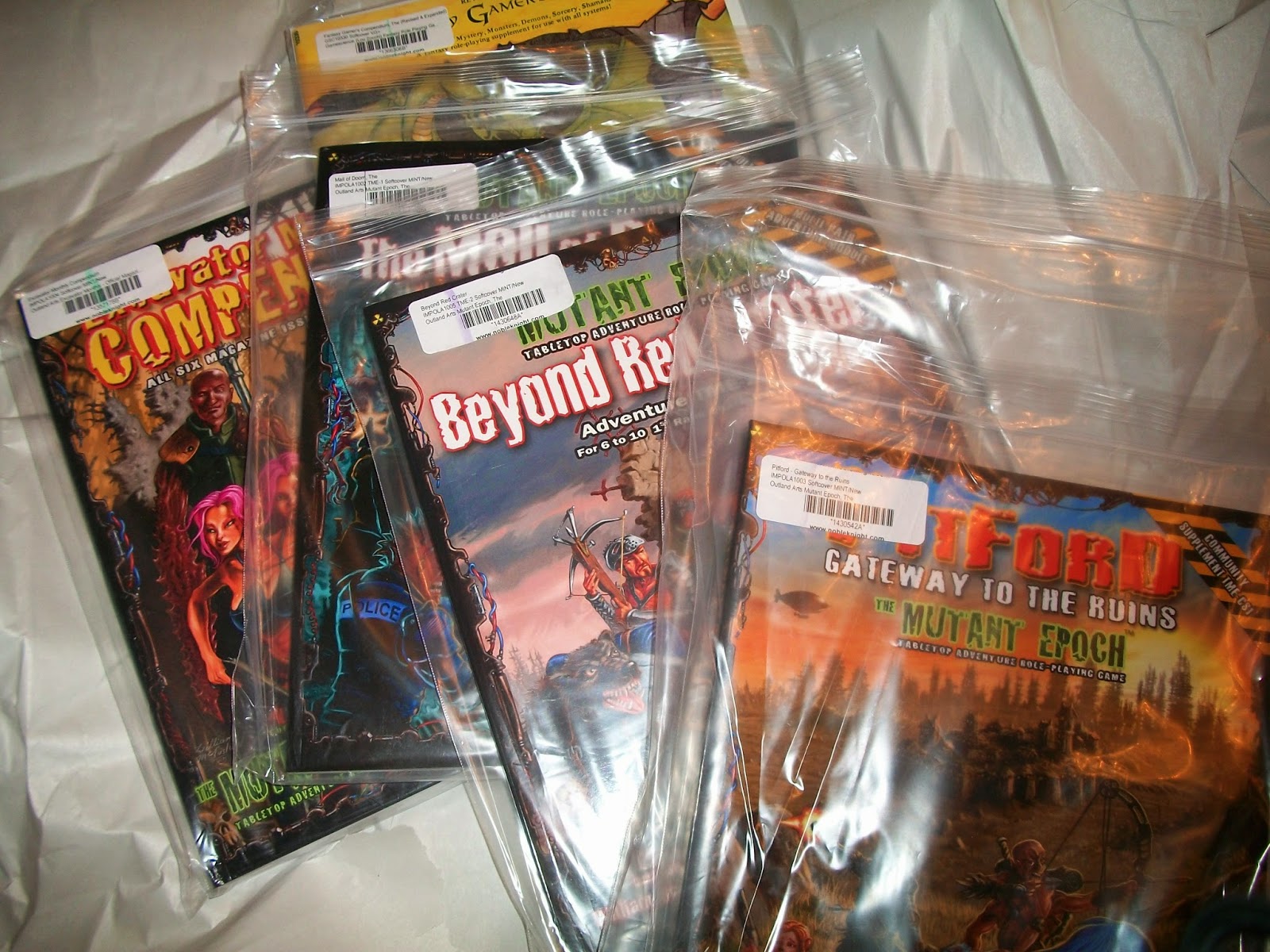 All in all tonight's session was lots of fun and the options are on the table with a ton more of PA action happening. This campaign is going to an old fashion DYI post apocalyptic campaign with the apocalyptic themes turned down to a mild radioactive rumble and lots of weirdness happening across the world after a solar flare takes out a high technological golden age. The world is criss crossed by a trans global self healing nano self repairing global highway. The Earth has entered a second ice age as global warming has taken its toll and many of the tropical areas are now mutated hot spots of  life. The PC's are starting out at Neutron Falls a small time city right off the TGH (Trans global High way). Air travel is now by blimp and prop plane, many of the nation states are gone replaced by smaller city states.Shipping & cargo transport is now even more dangerous. A trip that takes hours by jet now takes weeks by Mega Trucks. High technology big rigs with machine guns and nuclear fuel cells that are run by adventurers. The campaign is a combination Mad Max and some of the 1970's science fiction disaster flicks. We're meeting again on Friday to move into the next phase of the adventure setting and DYI elements of the apocalypse. 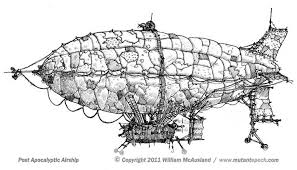 All in all my players seemed pretty damn happy with the Mutant Epoch game and its rules. One of the players went and bought the rule book himself. All in all its not a bad echo of many of the post apocalyptic science fiction, movies, etc. The game does a nice job of breaking down the tropes of the post apocalyptic genre into a usable format for easy use, concise rules, and some really weird air play. More as it becomes available. 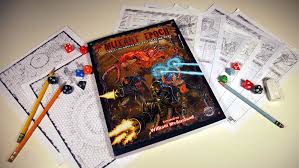