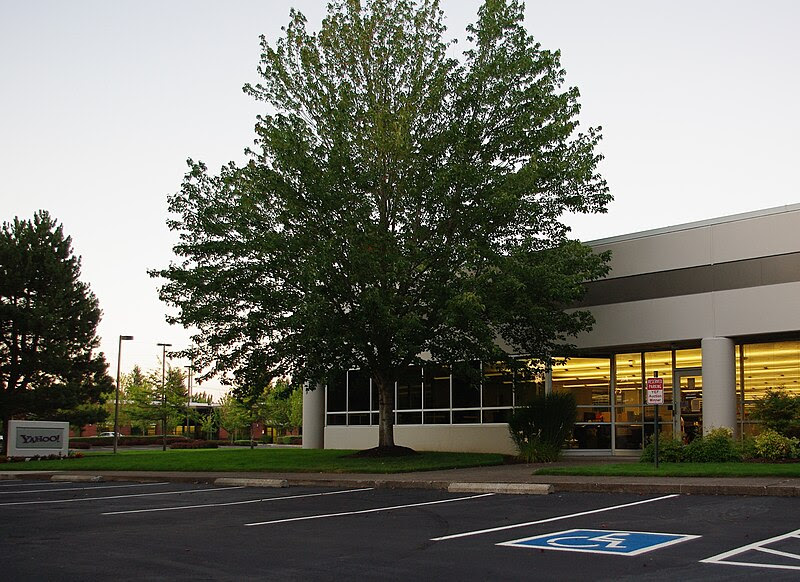 The PC's are out in the middle of the Altered American wasteland when they chance upon a lone abandon building. Amazingly the power is still on and the place is running. The doors are open and the place has thousands of gold pieces of artifact technology. There isn't a soul around and yet there seems a terrible psychic dread that hangs over the cubicles and technology. As soon as the party has been there for 1d10 rounds exploring this seemingly abandoned facility. Some minor event will happen. 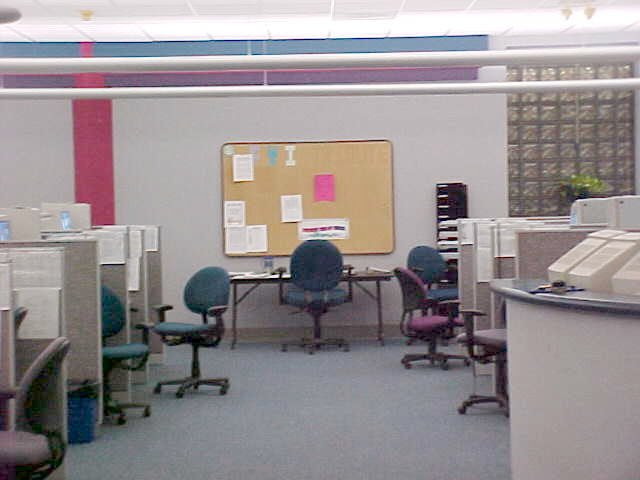 1d10 Random Spooky Event Table
Exploration of the facility will reveal several servant robots and a supervisor android in a closet charge up station. The units have seen action as well and there is carbon scoring on the outer casing of these units. They are connected to the nearby data server and there's lots of activity in them. They're worth a cool 1000 gold pieces easily. 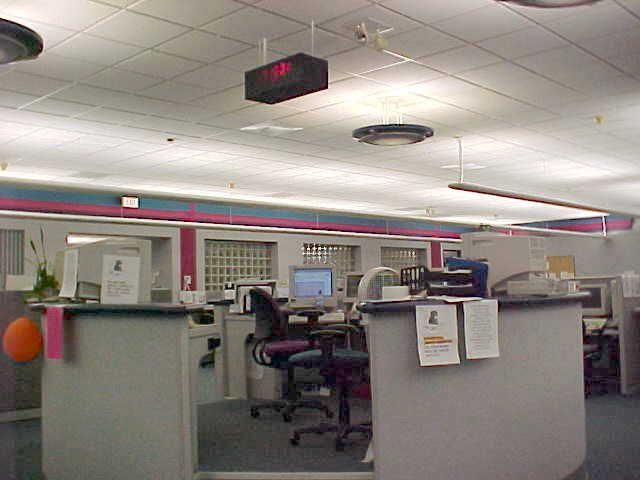 The PC's are in terrible danger. They've stumbled upon the former call center lair of a form of data haunt entities that are worshiped by a nearby community. The call center is their lair and the community keeps this place in pre holocaust condition in exchange for certain technological and computer related 'favors'. The robots and androids are used by the entities as a means of interaction with the locals and could be used as a means of escape should combat or the situation grow desperate. One or more of these robots might hunt down and try to kill the PC's for revenge or to even infect them with the 'sickness' of these technological terrors.
Should the place be destroyed the PC's will have to deal with 1d20 first level fighters/cultists with a 20% chance of cyborgs or androids among their ranks.
There is a 10% chance of finding a major artifact among the clutter of this center. The whole center is the lair of Wireless Ghosts who haunt the place and use it as a means of both reproduction and as food source/trap. Anyone taking any technological,wireless device,data storage medium,etc will have a 100% chance of having a possessed piece of technology. Even handling any devices in this place may infect PC's with the Wireless Ghost sickness which can only be cured by expensive super science treatments. There is only a 10% chance of infection but don't tell the players this.


Mutations: Bizarre appearance, insubstantial, possession (special), sonic scream, vampiric field (special).
Source: Pulse (2006)
The Processed is a super science group that is responsible for the spread of Wireless Ghosts and other data haunt entities throughout the wasteland. These super scientists believe that the ultimate state of mankind is to exist in clouds of data storage and live an 'uplifted' existence to download their consciousnesses into robotic and android bodies. They have not however been able to define the very essence of what it means to be alive and so other entities such as these continue to haunt and plague mankind. The Processed continue to spread these horrors in the hopes of observing and evolving these technological terrors that further generations of these entities will over come their fatal flaws. This so far hasn't happened and the terror continues. There are those who believe that the Processed are nothing more then another cult of deluded terrorists in the wastes and the mad entities that they serve are nothing more then the echoes of the pre holocaust arrogance and rage.
Many believe only a complete 'file purge' will wipe these madmen from the face of the Altered Earth.
Posted by Needles at 8:18 AM