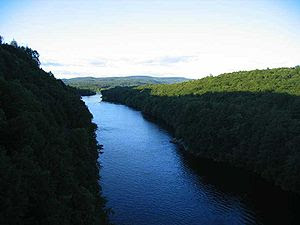 There are things that give even the greatest warriors and adventurers pause. Among them is the wilds of Conn-ect-icut and Neon Hampshire as well as Mass. Most of these areas have reverted to backwoods, a few scattered forts/communities and occasionally a town of ten thousand or more. Many of the low lying areas and ruins are flooded and domain of mutant frog monsters, fish, serpents, and tribes of horrors.
These areas are hotly contested by various human, mutant, and animal tribes along the former Connecticut River.

The PC's are approached by representatives of the Mutant Liberty Front an off shoot of the Mutant Underground Rail road this group works with the Neo England branch of Apex medical offering charity and medical care to mutants and pure alike. They'd like the PC's to grab a live specimen of one of the most dangerous horrors of the hotly contested warzone. They're offering two major artifacts and 100 pounds of trade goods.
The Lime horrors, the giant ticks that infest every inch of the waterways. Through the darkest parts of the forests and the crack of a relic artifact energy weapons are the least of the PC's problems.

The trip will have to be by canoe and on foot. There are rich pickings along these areas with hundreds of ruins of small towns, villages, and more along these waterways. The gold coast of Connecticut  is now so much beach lands and silt swamps though. 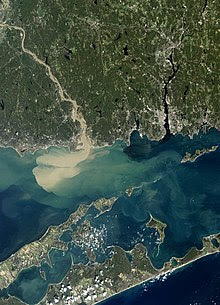 The PC's are given an Apex Medical super science kit with nine doses of 'Cure in' to handle the dread diseases of the mutant tick horrors.
A small portable cryo unit capable of holding one small mutant tick

Here's a list of 1d10  Random encounters along the Connecticut River
1d10 Random Encounters Along The Ct River
The corridor between Conn- Ect- Icut and Neo Hampshire along the river is the domain of these horrors. There is very little along these routes and many bones, corpses, and remains of mutants, beasts, etc will be found along the game trails. The party will be entering the domain of the ticks.
More information on the former Connecticut river can be found HERE 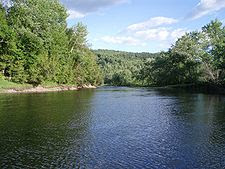 There will be 1d8 ticks in the area and a number of the horrors will attack the party.
There will be 1d6 minor artifacts available is a search is done on the area. Urban legends told by the tribes of the area will reveal that perhaps on one of the islands surrounding the Altered Atlantic around Conn- Ect- Icut is one of the possible places for the origins of these horrors but that's another encounter!

A nasty write and more information  up of these monsters is available right over HERE  on Chris Van Deelen's blog.


To top it off, the Gargantuan Ticks are also carriers to a disease. Anyone bitten by the creature must make a save versus poison or become infected by Lyme disease.
Lyme Disease
Save Modifier +2
Infection Duration 4 weeks
Affected Stats: Int -2, str -4
Damage per day 1d4