'Welcome To The Underground Hell Barbarian!' The Valley of Stone Thundarr and Fantastic Heroes and Witchery One Shot Adventure Part II

The PC's let the androids pass and the sleeper awoke, he was a former worker at the facility. He talked about the 'Medicine Chest' being invaded by beings from beyond darkness. He went into full panic mode when he saw party's Mok. He babbled about the treasures in the parking garage and the fancy sports car he always wanted. The PC's were curious about this fabulous lair of metal beasts in the parking facility, so up a level they went. They stunned 'The sleeper' and left him behind tied up in a storage room.

In tonight's game the PC's thief managed to access the pass codes for the underground  parking level of the facility. Details about last week's game  right over HERE
The cars were far too tempting of a target and they've decided to do a bit of looting for some loose artifacts.
They turned up quite a few odds and ends thanks to Fish Wife Games little loot list for cars right HERE

All those beautiful pre holocaust vehicles! So tempting and each worth a small fortune to the right collector or wizard of such trinkets. And they stumbled right into the nest of some Chatterers! These nasty mutant insects are bogging down the party with numbers as a swarm of these things comes from under cars, from vents, and even cracks in the wall!

Oh the PC's are not  happy at all with this development and there seems to almost be a dark malignant intelligence behind the appearance of these armored horrors! Details right over HERE 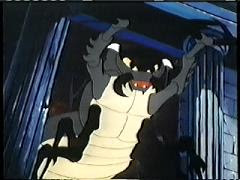 The rage of a Mok unleashed! The party's Mok cohort managed to break open a wall and get the party to safety.

The party now finds themselves in a vast catacomber and tunnel system cut into the solid stone. A sinister feeling hangs in the air and the party is very shaken.

Their thief is in a bit of a bad way but with their sorcerer's heals up a bit with a taste of magic. And that's when they see those nasty red eyes gleaming in the darkness.
Mutated Goblins!

For now the party decided very wisely to wait and watch, something rather extraordinary was revealed about the goblins. They were highly intelligent and armed with energy weapons. The party at the moment is on level two of the seventh level facility. They're hold up in a rather tight storage room and keeping rather quiet at the moment. At least until the Mok decided to attack! Bursting through the door he plowed into the ranks of goblins and caused all kinds of mayhem in their ranks.

The PC's back him up with a couple of well placed laser shots and then reinforcements arrived for the goblins in the form of orcs! The PC's are in trouble but its going to have to wait till next week!
The stumbled across a few minor finds and one major artifact in the storage room.
Tim Snider's excellent free Thundarr Sourcebook for Mutant Future
Source Material In Tonight's Game.
For tonight's game Fantastic Heroes and Witchery worked out quite well. The system handles both fantasy and the science fantasy aspects pretty damn well. I did pay close attention to some of the more esoteric aspects of the combat and other options that this game brings to the table. 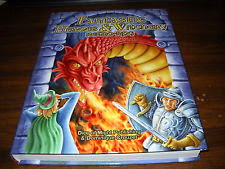 The myriad of abandon vehicles and their contents came from Dave Woodrum's Abandoned Parking Lot: Lot A pdf which was a perfect visual as well as loot table. Available right over HERE
The reason why I used Abandoned Parking Lot A was the visual reference  as well as the random table found within. The party spent a ton of time going over the various cars and trucks. The element of the Chatterers was something they weren't expecting.
According to the rpgnow blurb:

The parking lots of the post apocalypse is littered with an assortment of abandoned vehicles. All of these hunks of metal are waiting for the characters to exploit, loot, and possibly even drive off in. Though the Game Master and the players might have a few ideas of what sort of vehicles they would love to find, the parking lots of the urban wastes are random with their offerings. Some cars and trucks are worthy finds, others are semi-useless hunks of crap. Some of the interior contents of these vehicles offer the characters much needed supplies and treasure while some contents lack in anything desirable. Just like the parking lots of our current times, you are never likely to know what you'll find until you snoop about a bit.

For tonight's super science artifacts of which they found only one, these came from the new issue of Wisdom From The Wasteland # 49.


I'd read over this issue's contents and you need to very carefully go over the artifacts with care. These items can quickly overwhelm a game with a bit too much punch for inexperienced parties.

According to the Drivethrurpg blurb:
Skirmisher has released "Wisdom from the Wastelands Issue #49: Unique Superscience Artifacts V"! It contains eight potent items suitable for use in many different sorts of modern, sci-fi, and post-apocalyptic games, including the Ice Fountain, Master Remote, Bear Mask, Big Al's Horn, Cat Mask, Chef Cube, Crown of Ultimate Power, and Dome of Fire — and all for just $0.99!

Check it out
HERE

More coming up next week!