There are folks that your PC's might randomly run into from across time and space in the post apocalyptic wasteland. Exceptional individuals who can help them out of a tight jam and wander back once again into the mists of myth and legend.
Folks like Bill Towner Electrician and Adventurer from "House Two the Second Story ", Reggie Banister from the Phantasm Series, and many more.
Bill is a professional with over twenty years of experience whose handled a number of cross dimensional incidents and problems. 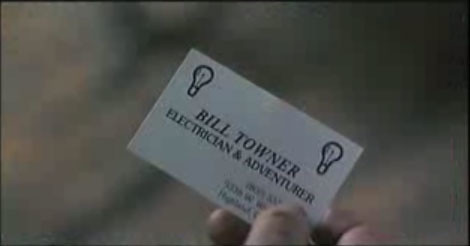 Reggie Banister is like wise an icecream man/soldier in a never ending war with the Tall Man's undead minions and dwarfs. He's appeared in a number alternative dimensions throughout the Phantasm films

Given the status of these types of heroes its very likely that your mutant scavengers or relic hunters might run into such individuals of courage and resourcefulness at some point in their careers. Here's a handy encounter chart to keep things interesting.


1d10 Random Unlikely Adventurers To Run Into In The Wastelands Table 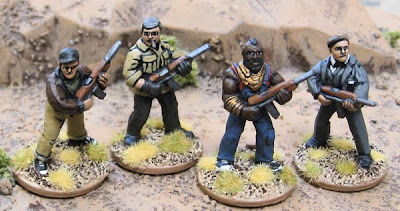