After dealing with Mi Go, and having their ship jump light years to a ruined & very primitive Earth. The PC's arrived in a world locked in a cycle of savagery and super science. They found the origin point of the time space gate was centered above some ancient insulation. There were signs and heat signatures that within the last seventy two hours there had been incredible activity at this location in the wastelands.
Details to the last game right over HERE

The party sent in probes from their ship into the area to investigate, catalog, and perhaps find out what the hell was going on. They managed to locate the vault doors to the military complex. 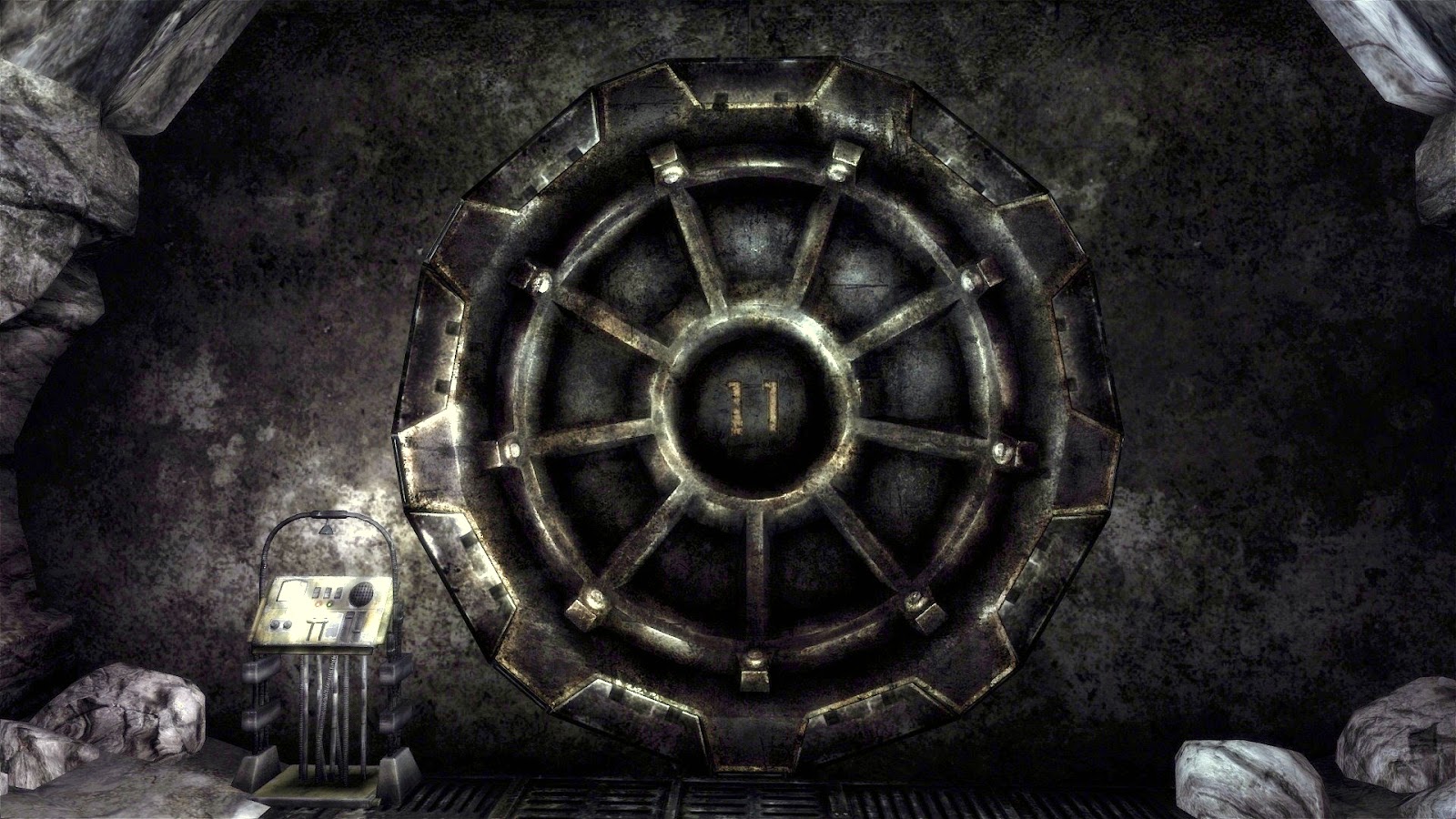 After a series of harrowing rolls to bypass the controls, the party managed to open the facility door. The interior of the place opened a second 'false front' and the party found themselves in a weird military style hanger filled with strange aircraft and huge stacks of alien and relic technology.
There was massive evidence of a series of melees and dust ups here.

Fully armed the party moved in and saw loaders a ton of shell casings as well as carbon scoring on the boxes and artifacts. They found that one level of of the facility had been flooded with deadly radiation but they found a secret passage that lead to a hidden hallway.

Power was running, lights were on, and the facility had been powered from some external power source. There was more evidence of combat and plenty of shell casings on the floor. The party heard noises above them and encountered four mutant Suit Chewers.
The mutant monsters dropped from the ceiling onto the party attracted by the party's probes and maintenance bots that followed in the wake of the party, it took the party a long time to deal with them.

The party made it past the suit chewers and into a deeper part of the underground base. Here more sights of a struggle and some sort of staging area.
There was very little resistance here at all. The party was a bit spooked as they were expecting mutant monsters round every corner. A few more mutant roaches and some skeletons were all that was found.

More mazes of underground tunnels and a van greeted the party cautiously they checked out everything and other then a mutant roach encounter everything seemed rather oddly quiet.
Cautiously the PC's made their way down the halls finally coming into a massive warehouse space.

Stacked floor to ceiling with shipping containers and baring old Earth military markings. These containers contained ancient relics, alien artifacts, and at the center of the room the final 'treasure'.

Photo by Danny Cornelissen - http://www.portpictures.nl
The final prize stood in the center of the massive warehouse space. The Moondial which had created the first time space gate activated by the other party of adventurers in the Thundarr game last week. The dungeon was free of monsters because it had been cleaned out by the other players last week. There were all kinds of dangerous relics and artifacts lying around and not to mention the Moondial. So after some lengthy discussion the party of SWN adventurers decided to take the treasure and shut down the moon dial. The time space gate artifact was too dangerous to fall into the hands of a group of primitives such as the Thundarr party. There will be massive repercussions for this especially after the SWN party closed down the gate! Thus limiting the options of the other adventures after dealing with the base's primitive A.I. system. The other party of adventurers will be returning to the vault and expecting their treasure and artifacts to be present only to have it stolen out from under them by some technological terrorist upstarts.
To be continued next week...