Reading blogs one comes across all kinds of good ideas & rarely has one the time to do everything that one really wants to run. Case in point is Green Skeleton Gaming's blog about the Marvel U.K. title Warheads! 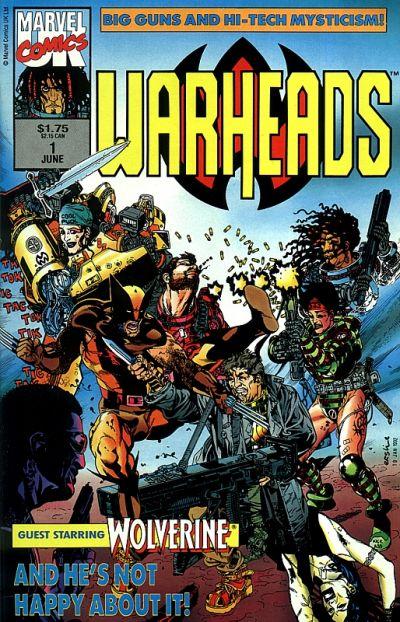 You can read about Bill's Awesome Efforts Here
Warheads was a rather interesting little book that I came across way back in '00 in a quarter bin. I tracked down every issue & grabbed a good lot of  the Marvel U.K. run as well.
I can already hear the comic book guys out there now
Why?!?!
Why? Well because Warheads had some awesome ideas in the series as well as the whole run of Marvel U.K.
Back in '01 then I ran a Freak Legion game for Werewolf The Apocalypse using the Warheads & Mys-tech as rivals for Pentex. Mys-tech had its hands in all kinds of grubby sleazy back door stuff you can read about it Here

In thus blow up we get a pretty good idea of what a party might consist of :
Medic = Cleric
Troop Defense = Fighter With Mecha
Technician= Scientist
Hit man= Fighter
Psi-scout = Magic User or character with psi abilities which are spotty at best

What are the Warheads :

The Warheads basically are a highly armed group of scavengers, who loot technology and weapons from their travels across space, time and thedimension. When the book began they were doing this for MYS-TECH, the occult-centric corporation of bad guys who were at the centre of so many of Marvel UK titles of this period. That changed later on, but certainly for the most part that's who these guys are - kinda like Pirates who loot other worlds via wormholes.

Also main characters died in each issue!  As with most of the Warheads stories we are guided through by Leona - who started off as a new-recruit at the beginning of the series. Her first person perspective is part of what made the series flow so well.


The premise of the series would make an awesome campaign as Bill pointed out! Seriously week after week looting various dimensions for their treasures, trying not to get scragged doing it!
Surely in a universe like Marvel there had to have been another older group that was doing this way before Mys-tech?! The Other Marvel Corporation!
There was!
THE ROXXON ENERGY CORPORATION !

These guys were behind every dirty deal in the Marvel universe & every alternative universe from here to Dubai
They're purpose was to gain an energy monopoly by any means necessary! They've been around since the 70s & they've got branches in every major capital in the world. These bastards have mugentics divisions, division that specialize in the cutting edge of other worldly energy exploration, exploiting other worlds, etc.
They make Mys-tech look like a bunch of choir boys! 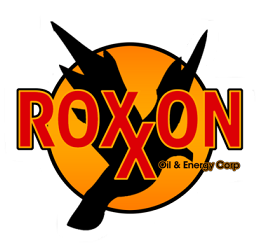 You can read about them Here

Roxxon is just the type of bastards who could easily come into conflict on some other worldly rock with a troop of Warheads! They'd kick their teeth in & send them packing home to mommy over some other worldly bauble.
Roxxon has been doing it for years & making billion dollar profits at the mission for blood business!
The Serpent Crown affair can be laid squarely at the feet of this company! Roxxon & The OSR
Roxxon is the perfect foil for the type of game that Bill is talking about.
Roxxon even has its own division for handling alternative worlds called the Brand Corporation. They've also got a private security army called Roxxon Blackridge whose members are called the Blackguard. These guys have lots of experience in alternative universes & time lines. You can read about Brand Here
Brand's just a shell for Nth Command! A ultra violet high level organization that specializes in the multiverse not the nice little multiverse from The Dungeon Master's Guide & Planescape. No this is the older one from pulp magazines of the 30s. You can read about them Here
So basically you have an organisation that is Faustian & more then capable of sending its operatives anywhere that it wants. Let me repeat that ANYWHERE or ANYWHEN!
They may have operatives & troubleshooters across the oververse even now! They could be anywhere, anyone, etc.
How do represent that sort of gaming? Very easily actually with a game like Crypts & Things its pretty easy to see the possibilities! Carcosa has any number of valuable resources in it.
Lets take the flexible psionic's system. Random, interesting, & very much able to represent the inconstant nature of a psi scout's abilities. What did you think that just because the Warheads have them that they wouldn't have gotten the idea from Roxxon?
Roxxon would be more then happy to drop an entire party right into the middle of Carcosa or a world just like it for some of that valuable alien technology! Lives? What are lives compared to the advantages of  some of that stuff?
What about Sword & Sorcery? Crypts & Things has it in spades & so did Marvel during the 70s! The 70s were the golden age of these comics!
If you don't think that Roxxon wouldn't be exploiting the natives or committing whole sale genocide then you don't know Roxxon!
But you can't use these guys for a space opera game? Teriminal Space or Human Space Empires are safe from these creeps? Nope Roxxon had/has  space stations, etc. all kinds of space based technology. Well at least you won't see these guys in a post apocalyptic Mutant Future world? Oh yeah you will! These guys helped to create Deathlok! A favorite super soldier of mine!

Fact is they cause the whole WWIII of their world

But there are secrets within secrets when it comes to Roxxon! You see Roxxon has ties to another ultra violet orgaziation within the Marvel Universe! Department H !

The same shadowy Prisoner like organisation that helped to create wolverine & all of the weirdness that goes with him or is it? So what does all of this have to do with my games? Especially the Crypts & Things powered At The Earth's Core? With some of the things I read in the paper lately perhaps its time to dust off my notes from my old Were Wolf The Apocalypse campaign revamp them to the OSR & then bring up a topical one shot game down at the local hobby shop!