There was something vastly different the fantasy artwork of  P Craig Russell who tackled Sword & Sorcery subject matter. But his artwork has the sweeping style of 'high fantasy' artwork & this artwork also an operic feel to it! 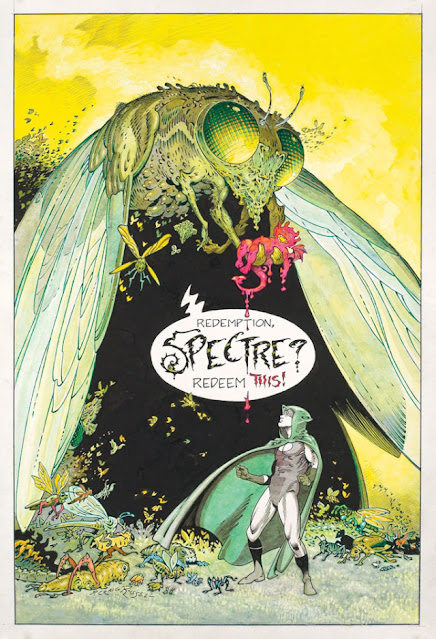 The Sword & Sorcery feel of P Craig Russell  came across hard in his 'Curse of the Ring' Portfolio from '79. The exposure of this artwork was instrumental in my love of all things weird & high fantasy. 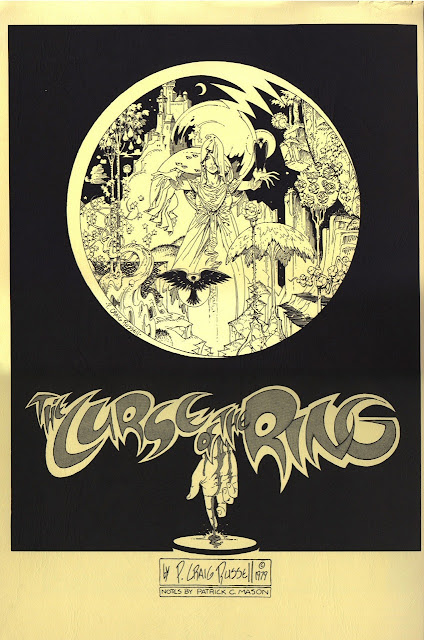 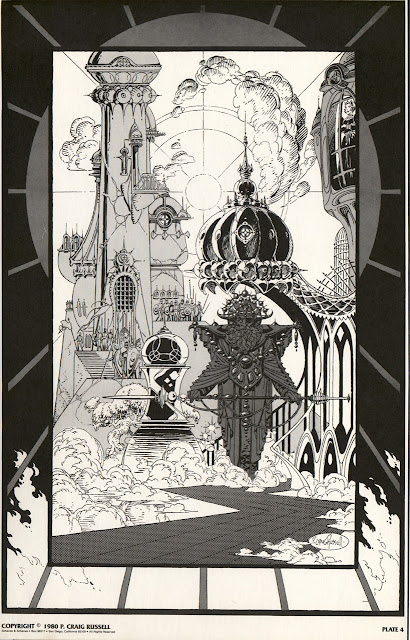 P Craig Russell cityscapes feel like they belong in an old school adventure. They have a dreamlike quality to them & these dreamscapes feel like one could step through them into places where the dark alleys have teeth to them. 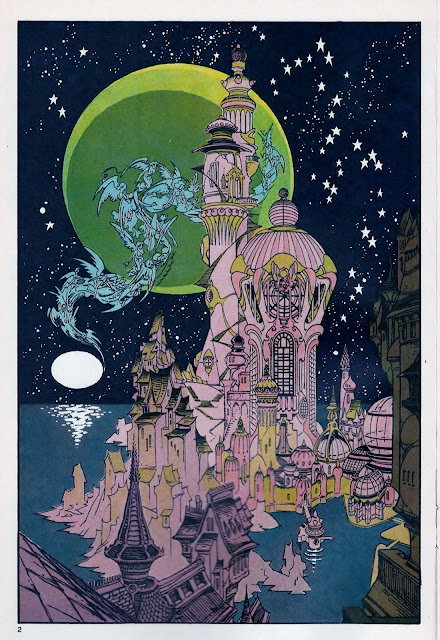 If you were a reader of Marvel's Epic magazine then most likely you will slaim into P Craig Russell's monsters & demons. His work graced Dr.Strange in the 90's & they were so good. 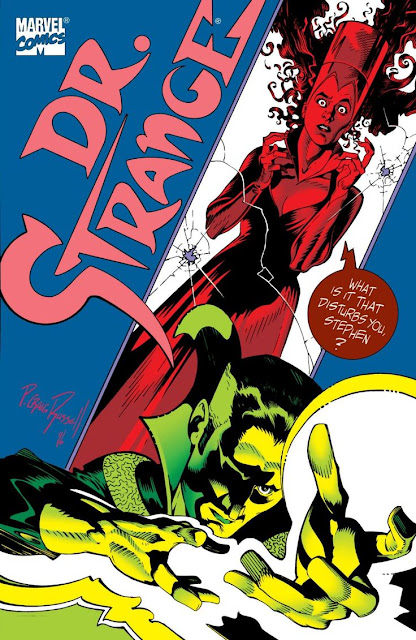 Back in the early Eighties it was definitely P Craig Russell's version of  Elric of Melniboné that really helped to cement the Michael Moorcock character in my mind. His version of Elric has a tragic alien boy prince quality that wavers over time into the cynical displaced mercenary prince that trails deeper & deeper into evil. 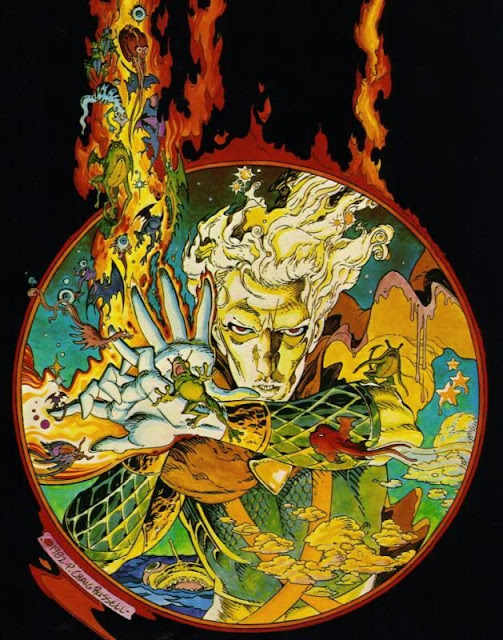 Killraven that Sevenities Marvel post H.G. Well's Martian invasion tale was defined by the work of  P Craig Russell. The artwork oozed with surrealist elements & alien strangness. These were influencial &  instrumental in many of my HG Wells campaign runs. 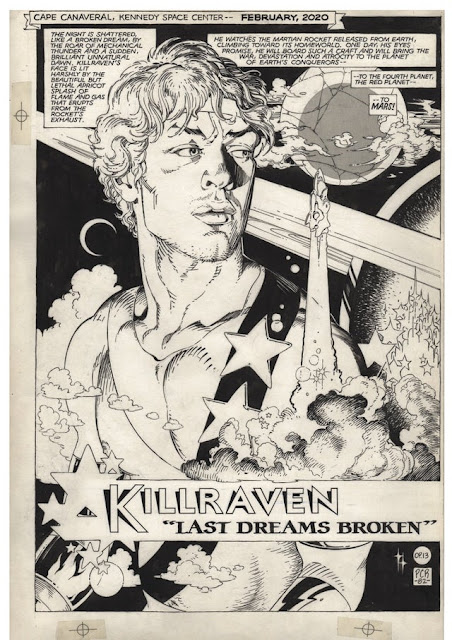 The surrealist & weirdness of  P Craig Russell makes his artwork feel like some ancient occult other dimension landscape. His artworks transcend reality allowing a DM to show his players supernatural landscapes beyond the furtherst bounds of their imagination. And this is one of the ways that I've used his artwork over the years. 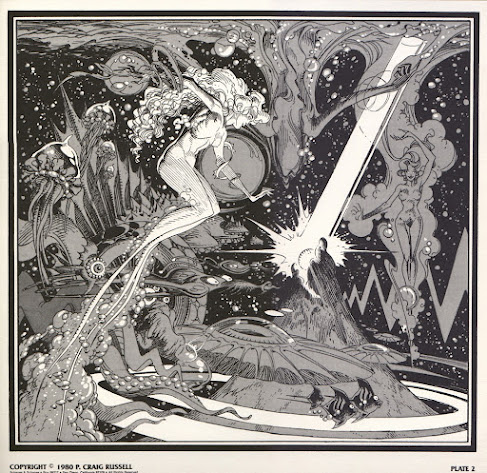