OSR Review & Commentary On Operation Gemini by Michael Brown For The Violation of Truth: 2D6 Adventure in a World of Spies and Secrets Rpg Or Your Old School 2D6 World of Super Spies Rpg Campaign

" When the capital of a hostile country is bombed by its wartime opponent, the situation presents a golden opportunity for the Agents’ government to modify the attitudes of a brutal dictatorship. The plan is simple: replace the country’s leader — believed buried in the rubble of his parliament building — with a double ready to steer the enemy government in a more productive direction. But the simple plan proves to have a complex execution as the Agents face peril, shifting alliances, and a paranoid citizenry. Will they change the course of history, or become just more occupants of a concrete tomb? 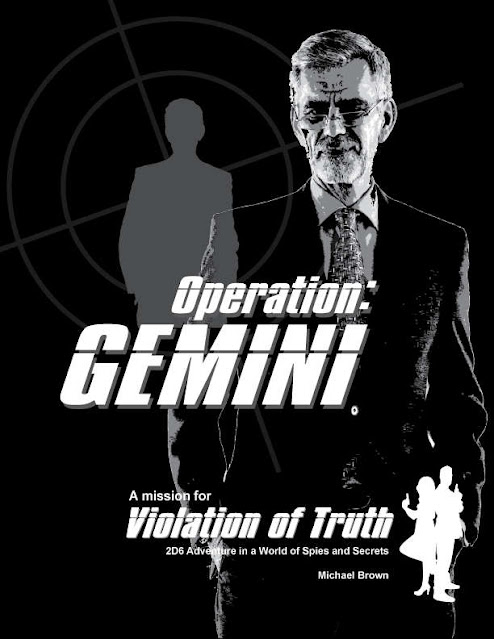 Operation: Gemini is a short, no-frills adventure for Violation of Truth: 2D6 Adventure in a World of Spies & Secrets and other RPGs using a 2D6 mechanic, such as Cepheus Engine and the the Original Science Fiction Roleplaying Game.)"

Operation Gemini by Michael Brown is a simple, no nonsene down to the ground diplomatic two page spy thriller with some of its own twists & turns. Operation Gemini is a marvel of simplicity & easy of use for the Violation of Truth: 2D6 Adventure in a World of Spies and Secrets 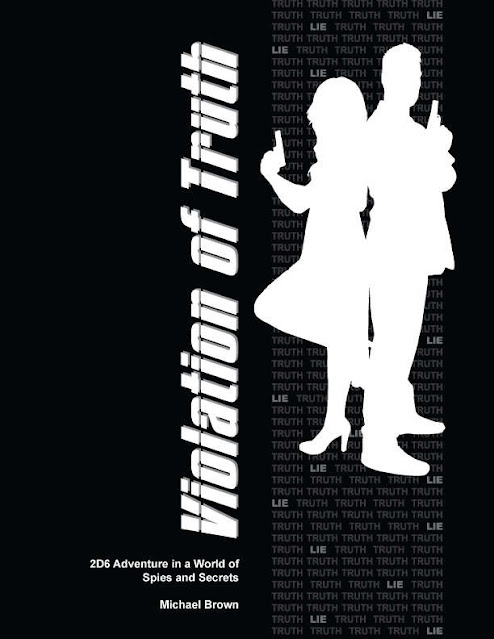 Operation Gemini by Michael Brown is a two page easy to use, drag & drop spy adventure that haunts the world of super spies such as the Borne Identity, modern James Bond films, Mission Impossible TV show or modern incarnation of M.I.  films, and more super spy gernes. And Operation Gemini  plugs into them all. The adventure uses its 2 page pedigree of mission statement, lure, and complications to utmost action. Brown's writing is easy on the palette delivering the goods of the mission simply & easily. And yes, Operation Gemini takes full advantage of the Cepheus Engine rpg & its easy of use its done very well.
And while Operation Gemini is geared to the super spy gerne this two 2d6 adventure could easily be converted over to a cyberpunk style adventure rather easily.
And in this regard I can see Operation Gemini being perfectly suited to Zozer Games Zaibatsu. The adventure elements meet the criteria for a high end party mission for a corporate free lance esponage party. 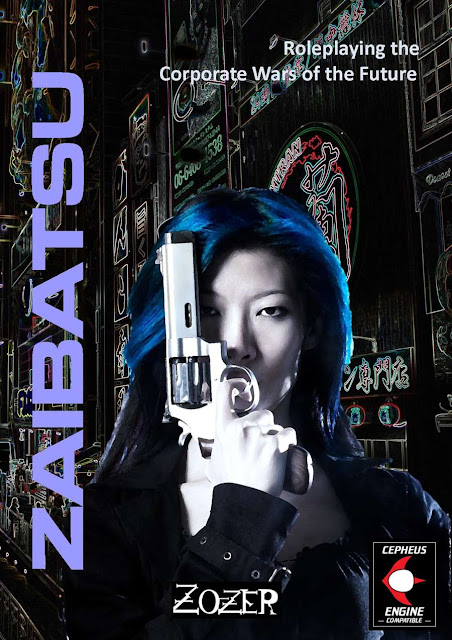 Operation Gemini showcases all of the strengths of Michael Brown's writing & game design. A no nonsense approach to his subject, design that continues to push the limits of the Cepheus Engine rpg, & a commitment for a compact rpg product that does the job. At a dollar five for an adventure Operation Gemini is  a good choice for a quick one shot or three session campaign add on adventure.
Operation Gemini By Michael Brown is Available Right Here.