Merry Christmas everyone & happy holidays to my readers. So early this week backers of the Hyperborea rpg got copies of the Hyperborea rpg formerly the Astonishing Swordsmen & Sorcerers of Hyperborea rpg. But DM Steve brought up an important point from last year's AS&SH games and that was visiting Sancuatary from the Chaosium Thieves World campaign box set. If you are not familar with the box set's history then I strongly suggest  captcorajus excellent review & break down of the Thieves World box set. 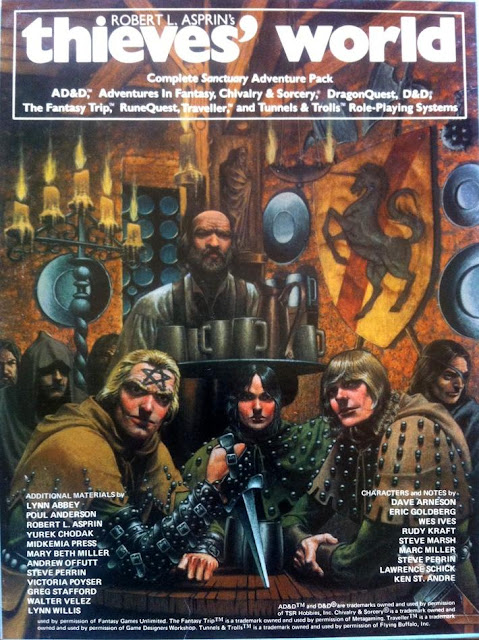 The problem?! Sancutary became the preferred campaign venue when the player's PC's wanted to escape the Winter weather of Hyperborea. The Rakin empire has ties with the human Hyperborea royal houses. The PC's sold mamoth ivory, salted meats, etc along with primeval walrus tusks between adventures on Hyperborea.  The PC's acted as escorts & bodyguards  for a Sancutary wizard to the shores of Ixian for negoations. And there were several expediations from Sanctuary to Hyperborea within our campaign with the player's PC's being guides & experts. 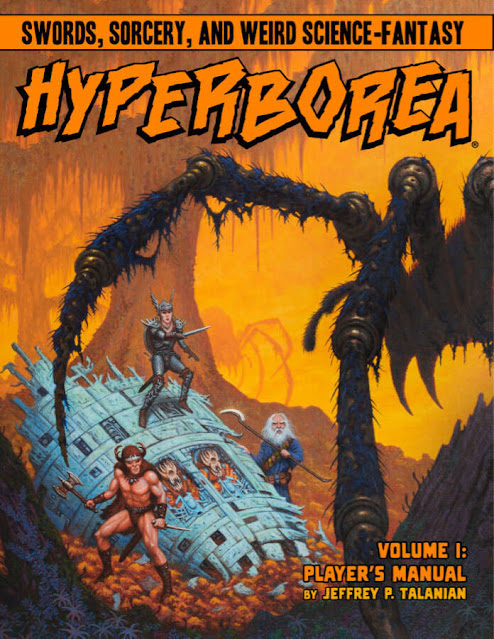 Now the question becomes do we continue this line of the campaign with the Thieves World adventure elements within our current Hyperborea rpg line of play coming up?! Only time will tell!?