Deep in the heart of Mexico near the outskirts of Chapultepec Castle (Spanish: Castillo de Chapultepec) our party of supernaturals were locked in dire combat with chaos cultists. We were in a desparate bit to make it into the hotel and zip along the heart of the supernatural rail road's teleport gate back to the North Eastern United States. 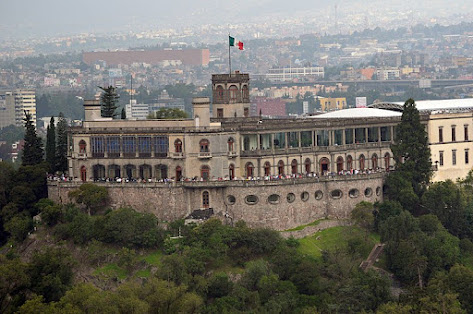 We were working our way out of Mexico to escape the wraith of an Ican lich Hellbent on taking out our party. The party was smuggling a vampire royal back to the vampire's of New York & this undead minions were out to stop us at all costs. Once again over the weekend I was joining DM  Steve's Nightshift  Veterans of the Supernatural game campaign already in action.
Once again I had been called in last minute to replace one of his players & his 'Against The Merovingians' campaign has been something to behold. Basically this is an 'urban fantasy post apocalyptic' campaign where the Meroviginians are not what the legends talked about. Instead they are an army of dark forces that has been quietly reaching across worlds to unleash the hordes of chaos upon another Earth. 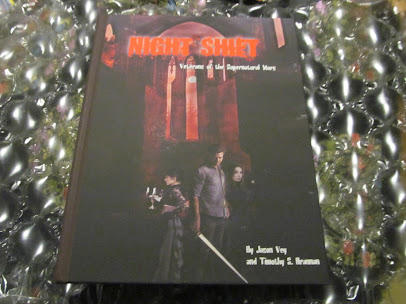 The supernaturals rose up and began to try & take back the night. Humanity is on the extinction block & the supernatural races realize their next.
So its been a steady stream of doing underground raids, terrorist actions, and all out war. The supernaturals are looking for any advantage against the Meroviginian's dark forces of Chaos.
I'm playing Peter Chavocisy a werespider from Russia whose family was lost in the first wave of the war.
So far the Merovigians have within their possession 'The black Grail' & several supernatural artifacts that could bring about the 'Apocalpyse'. 'The Doomsday Clock' organization a human organization fell allowing   the Merovigian's agents to get ahold of the artifacts.
Meanwhile, we were tasked with grabbing one of the daughter's of the vampire king's as one of the Merovigian's agents an Incan  lich from another world (Greyhawk) was closing in. We cut & gutted our way into the fortress of the princess's in Mexico & then smuggled here across the city. But it was a bloody mess with chaos mutants & undead blocking our way at every turn. So to say this wasn't easy is an understatement. We're low on ammo, we've got zombies on our on ass, & a very nasty vampire royal with us. Can we make it to the teleport gates beneath Chapultepec Castle ?!
Posted by Needles at 10:32 AM