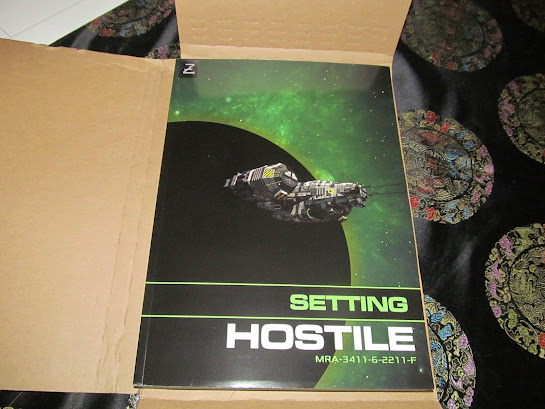 Tooling around the internet archive last night I came across Warren Presents 007 Alien Invasions Comix 1979 as a possible resource for the Hostile rpg from Zozer Games. And its been an interesting read to say the least. If anything I'd say that 007 Alien Invasions Comix 1979 presents an alternative  hybrid world of Cepheus Engine & Hostile as we'll see. And Warren has that classic Eighties horror comic book feel that harkens back to E.C. comics. 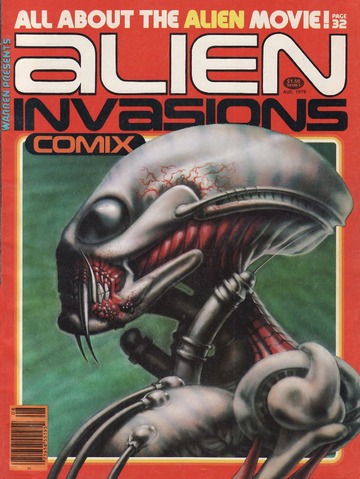 'The Beast Yet To Come' NICOLA CULTL /ART: CARMINE INFANTINO AND ALEX NINO is a straight up 'alien turns human to humanoids ' with a planetary admisinistor and his son given over to forces beyond their control. This story presents a typical cliff hanger ending which might be where the PC's enter to investigate the goings on here. And the PC's would have to be very careful as to their own interaction with the alien forces at work here.
'It' by Archie Goodwin & with artwork by Dan Adkins is a direct homage to Ray Harryhausen's  the 1957 classic, 20 Million Miles to Earth with Ymir like aliens and their tale of total destruction. The PC's might be able to head this fate off or deal with the aftermath on Earth in true Dark Horse alien fashion.
'Mound' by Tom Sutton is pure Earth meteor 1950's Atomic Sci Fi E.C. style horror with the twist revelation at the end. The PC's might be called into deal with the aftermath of the twist & mop up the end alien weirdness.
And then we jump into the ads followed by a great little 'Alien' article by Forrest J. Ackerman & yes, the 'Famous Monsters of Filmland ' classic movie monster father.
We then jump into ads that make my heart ache with nostolgia.
You can download Warren Presents 007 Alien Invasions Comix 1979 here.