The Good, The Bad, & The Clement Sector - Thoughts on the Blackness & The Frontier

Clement Sector is one of the more interesting incarnations of the Cepheus Engine rpg  has a starship universe that tops out around TL12 or 13 that is perfect small interstellar craft space adventure campaign setting. Why?! Because of the fact the Clement Sector has very few limits on the PC's & so many options for campaign angles. 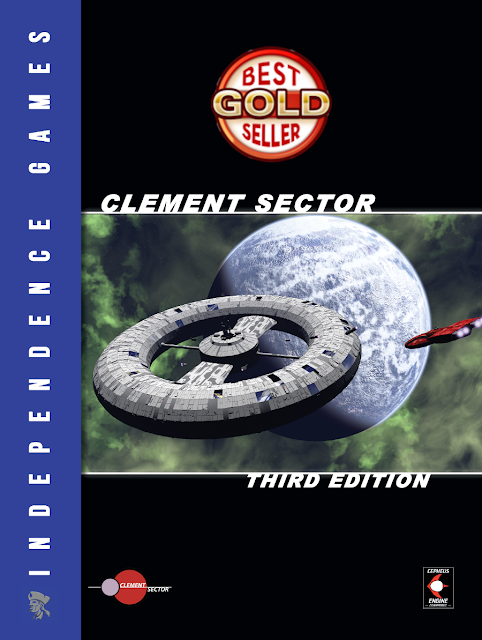 The Clement Sector thrives on the Space Western themes & works best when coupled with rpg players who are into the idea of the Western theme. Time & again over the past couple of months the Serenity tv show has been one of my go too jams to sell a Clement or Earth sector because of the way John Watts sells these two rpg settings; "Clement Sector is a small ship setting, with restrictions on the size of starships bought about by the Zimm drive, the setting’s only means of FTL interstellar travel." The Zimm drive is as much of a part of the Clement Sector as other rpg campaign setting elements. The closing of the Earth wormhole is both a blessing or a curse depending upon how it affects the further expansion of humanity within the blackness. The Zim drive is a part of the balancing element allowing humanity to expand itself further into the edges of the map. And because of the small size of the starships and their technological levels it has many elements in common with the Wild West of history. And these translate into the expansionist attitude known as "Manifest Destiny" and the historians' "Frontier Thesis" being a part of the Clement Sector. Why is this important because it makes creating adventures that much easier.And this gets borne out far more in the Tech Update 2350 where the borders expand as the space technology eases the map expansion just a bit more. 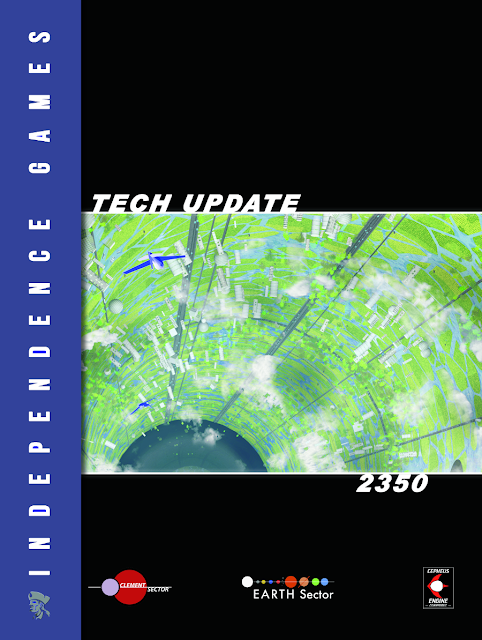 The stakes have become higher, the corporations exploration agenda kicks into high gear, and there's fare more going on within the Clement Sector & without. The smaller starships means that the frontier is just as dangerous at the lower technological levels as the higher ones. Exploration, jobs, etc are all in a day's work for a day's pay for a starship crew.
Within the Clement Sector its business as usual but outside of the borders of the known qualities there's plenty of danger to be had. And its within these grey areas that our parties often find themselves in the Wild West adventure  analogies .  From cattle russling, to straight up bank robbery the players I've played with over the last couple of months have drawn straight from the American Frontier. And almost every time the mini campaigns have been highly successful.
Five Reasons for this have been as follows:
Posted by Needles at 9:42 PM