Last night's zombie game sessions got my copy of the three Arduin rpg books back in my hands again. The nexus gates of Arduin brought back this quote from the classic Retro Rpg blog; "“These ‘gates’ provide a supernatural exchange where all possibilities meld and merge, allowing anything to happen. Opening into temporal, spatial, and dimensional locations, the gates lead to places in dreams, uncharted jungle worlds, or steams of time not yet seen…”  From What Is The Nexus? an Arduin World Of Khaas web supplement by Emperor’s Choice Games & Miniatures 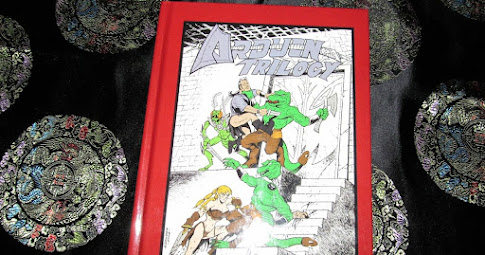 This puts one back into the mindset of Gamma Terra and the classic crossover of Gamma World & Dungeons & Dragons back in the Eighties. When player's PC's gated in & out of many of the classic old school campaign settings. This was especially true of Gamma World. Where a campaign of AD&D or D&D players PC's might begin on Greyhawk & then gate into Gamma Terra. Dragon magazine issue #108 has the classic Mutant Manual II. 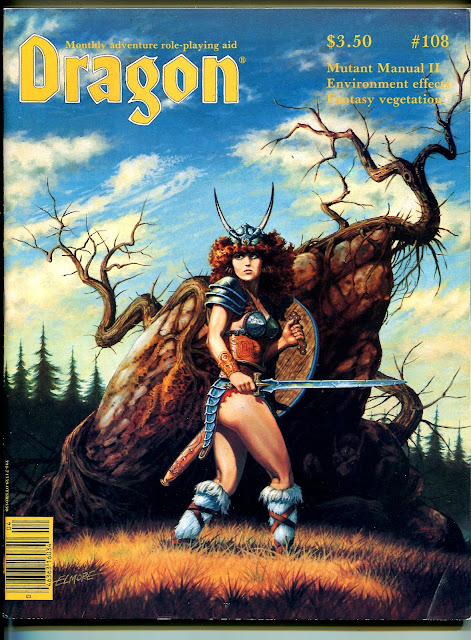 And this goes back into some of the dungeon design issues that we've covered long before on this blog especially back in November of last year here.  Gamma Terra's pocket populations of mutants could guard far more then what the PC's are expecting. Vaults, ruins, etc. could actually be controls for a Nexus gate system that leads to other points of the multiverse. In other words these gates might have been added into by dimensional alien empires have discovered these ancient gate systems in eons past. 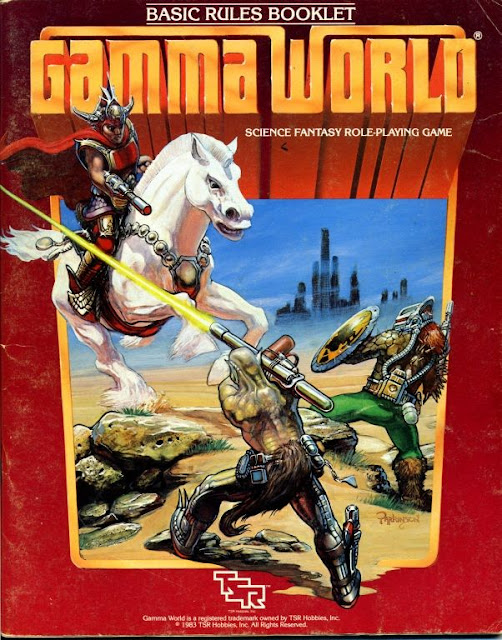