So for the past three or four weeks I've been listening to Erik Tanard waffle on about Emperor's Choice's  the 'Arduin Grimoire Trilogy' book & other Arduin books. So glad to see Emperor's Choice rise from the ashes & inject some needed old school reprint goodness back into the OSR & the hobby scene. Now I've had this book going back to someplace around 2008 or so. Anyhow everyone talks about the PC options, alternative abilities, Hargrave's brilliance, how he was ahead of his time (he definitely was). But does anyone ever talk about the 'Arduin Grimoire Trilogy' book dungeon & mega dungeon resources?! 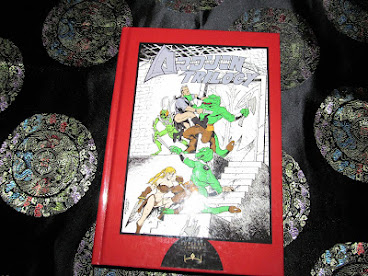 On page 384 Hargrave lays out his dungeon design philosophy stating that 60% of his dungeon rooms are empty of monsters & treasure. But these rooms each have some interesting feature or redeeming little tid bit to keep the players interested. Another thing that stressed is making the dungeon your own as the dungeon master.
On pages 388 through 390 there are the random dungeon encounter charts by dungeon level from 1st  going all of the way up through 12th. And there's some rather nasty little gems of monsters. Finally we get into a page on generating random, fogs, mists, etc. on pages 392.
And then a section on hirelings. Who are they, how to hire them, rates, etc. Hirelings are some of the most important NPC's for the party to take with em down into the dungeon.
Dave Hargrave has with  the 'Arduin Grimoire Trilogy' book created an Arduin campaign setting centric tool box. And this is solidly done because it creates a workable old school tool box for the DM to dip into as needed. And the more one reads the more one comes away with at least several thoughts on creating adventures on Arduin. Today Arduin is one of those old school gaming wells that I frequently find myself returning to whist other dungeon masters & OSR bloggers seem to burn out. The sheer volume of old school weirdness & wonderfulness keeps the experience of gaming fresh for me. If you don't like something then drop it or move on! Dave Hargrave wasn't an easy character to define but he did gaming on his own terms!
The 'Arduin Grimoire Trilogy' book has so many resources in it for adventure & dungeon creation that its hard to pick simply one or more areas to read. But I will say this, 'Arduin lives quite nicely in my own & other's  imagination today. 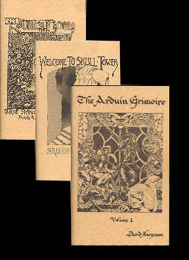 Dave Hargrave defined his adventures in his own terms & made them live to his players through sheer imagination & DMing. And its this 'try what I'm putting on the table for you & your players' attitude that separates Hargrave from others of his ilk at the time when the three other brown books were written.
Mr.Hargrave knew his stuff & even though this an alternative set of rule books there was enough different that Arduin has or had its own unique feel. And it was something to see Arduin mentioned in the same breath as Greyhawk. Crossing over from Arduin to Greyhawk is as simple as finding a portal in a dungeon on Arduin & stepping into Greyhawk. This is something that Hargrave makes really clear within the 'Arduin Grimoire Trilogy' book & a subject that carried over unto his section on his own version of the multiverse. 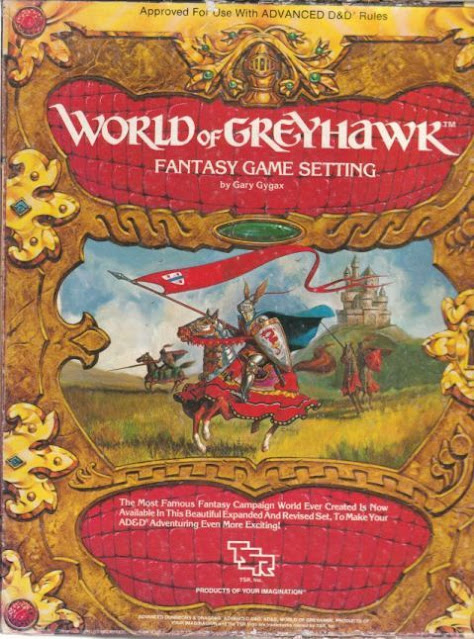 What makes the 'Arduin Grimoire Trilogy' book unique is how its purposely been edited to make it far easier to look up & use Dave Hargrave's contents as an actual tool kit for adventure & dungeon design. The originals still cause many folks issues. But there's more then enough to create the unique 'Bloody, Bloody. Arduin' flavor & uniqueness for both the dungeons & adventures of your own making.
Posted by Needles at 11:31 PM