One of the things that I stumbled across some interesting little appendixes in Original Dungeons & Dragons's Eldritch Wizardry within the Underworld & Wilderness adventures encounter tables. 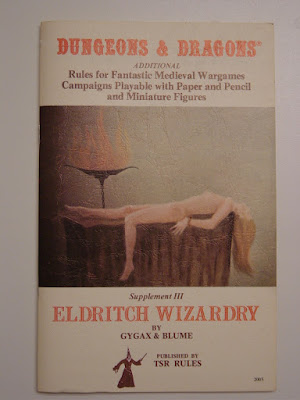 It was the Astral & Ethereal Encounters Tables make those planes extremely dangerous for both regular magic users & psionic PC's. Then there's the fact that some player's PC's used their astral or ethereal forms to explore dungeons, wilderness, or other adventure locations. None of these could save a PC from encountering Cockatrice, Basilisk, Medusa, Gorgon, Invisible Stalker, Shedu, Intellect Devourer, Cerebral Parasites ,Thought Eaters, Demon, Lien Psionic Human, Phase Spider, Blink Dog, Human Magic-User, Human Cleric, etc. So what does this really say about the dungeons & ruins?!
There were or are any number of rulers or kings that are using humans, clerics, wizards, and others to explore those ruins or wilderness locations astrally or ethereally.  And yet for all of the advantages the risks are very dangerous as well. Not only are dungeons & ruins dangerous but gaze of monsters extends far into the other nearby planes. And this doesn't get any easier in outside or wilderness locations. These locations are prime for both other adventurers & rival adventuring parties.
The astral & ethereal planes are fertile locations for both monsters & adventurers to exploit. There's a feeling of the astral & ethereal working similarly as how they were portrayed in classic 60's & 70's Bronze age Dr.Strange comic books. 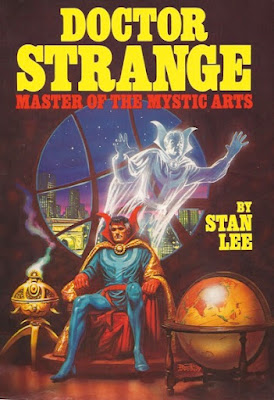 Doctor Strange comic books had far reaching influences on early zero edition Dungeons & Dragons. The feeling in reading through  Eldritch Wizardry is that the astral & ethereal planes are only recently being opened up for adventurers. And this might account for the number of human or near human rivals that can be encountered on those planes.
As these planes become opened up by magick & psionics. The dangerous natures of the planes becomes obvious the longer that one reads.
Reading through this collection of  early Dr. Strange comic books is the fact that Doctor Strange relied on his astral form for quite a few bits of magical goodness. And it makes me wonder how often human wizards have relied on these abilities to gain an upper hand over both monsters, rival adventurers,&  even the occasional cult.
But the dangers reading through are a nightmare with the equivalant of wandering astral or ethereal monsters. There's lots of potential here for the dungeon master to complicate adventuring matters even more.
The wizard or psionically talented individual is going to be in for a run for their money. They have any number of potentially dangerous monsters to encounter. Their adventuring careers could come to an end before it even begins.

So is there an element of Chaos to these planes?! More then at first might appear. There could be demons or devils that are actively hunting these planes for souls! And according to the encounter tables they are. And there's no way to actively avoid these power house monsters. The adventuring wizard or psionic takes their soul into their very hands. And this begs a question, are the powers of Hell & The Abyss sending out these infernal horrors to hunt these places?! My dungeon masters sense says, 'yes'.
The astral & ethereal planes are the planes of the human mind & this makes them so very dangerous to the early original Dungeons & Dragons wizards or psionically endowed.  And do these qualities actually actively attract the interest of both Hell & the Abyss?! Again I believe the answer is, 'yes'.
And why?! Because of the very nature of both the Abyss & Hell. These planes have an ever increasing appetite for souls and the souls of wizards are especially juicy & tasty. So there are lots of demons & devils who actively hunt the astral & ethereal competing for the prey of adventurers along with the monsters of OD&D.
Posted by Needles at 7:17 PM