So over the last couple of weeks I've been posting Mobius classic artwork from a wide variety of sources. Having discovered Mobius back in the Seventies in the pages of Heavy Metal magazine.  It didn't take me long to have my lizard brain incorporate him as a major influence on Sword & Sorcery rpg campaigns back in the Eighties. According to Wikipedia on Mobius; "Jean Henri Gaston Giraud was a French artist, cartoonist, and writer who worked in the Franco-Belgian bandes dessinées tradition. Giraud garnered worldwide acclaim under the pseudonym Mœbius, as well as Gir outside the English-speaking world, used for the Blueberry series—his most successful creation in the non-English speaking parts of the world—and his Western-themed paintings."
But then today I came across the film sketcher blog & found out the fact that Mobius had done concept artwork for one of my favorite Eighties Fantasy films 'Willow'. 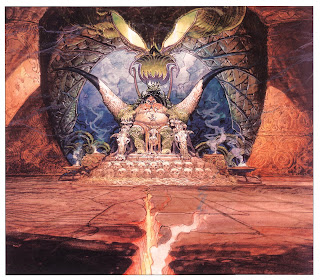 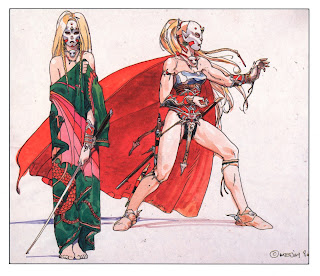 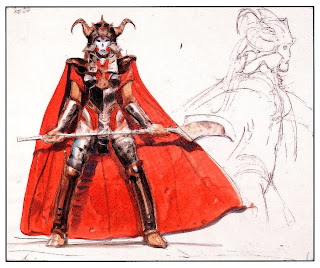 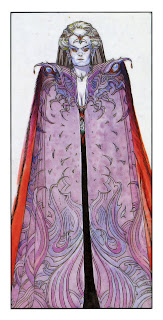 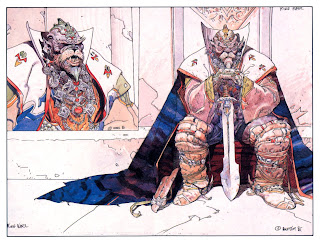 The weird bit about these pieces of Mobius concept artwork is the fact that they look like they belong to a completely different film. And like so many other pieces of movie concept artwork they look like something that came straight from a Sword & Sorcery series right out of the pages of Heavy Metal magazine. We lost Mobius in 2012, his real name was Jean Henri Gaston Giraud. But the legacy of his artwork lives on. His artwork along with many other Metal Hurlant artists influenced so many of my OSR campaigns. If there's a favorite work of his it's Mobius & Stan Lee's Parable a very different & yet incredibly well done two issue '88 series about the Silver Surfer & Galactus. 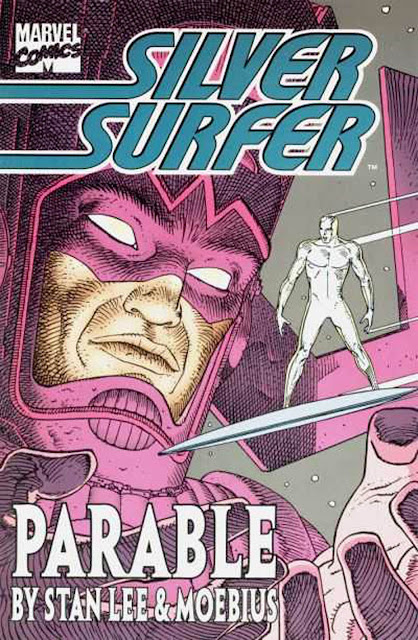 This is an incredibly well grounded & yet absolutely different story on Galactus. And this isn't a Marvel 616 cannon story but simply its own small slice of the brilliance of Mobius. To bring this back to the Willow concept artwork, there's a separate Sword & Sorcery vibe to the Willow artwork that makes me want to see how Mobius would have tackled  Michael Moorcock's Elric of Melnibone. But the fact that we have these incredible pieces of artwork to appreciate & guide us. Possibly means that such a Sword & Sorcery world created by Mobius would have been incredibly grand.
Posted by Needles at 11:15 PM