Megadungeons have been on my mind for a while now. No, not some brand new Kickstarter with another mega dungeon campaign adventure that tops out at four hundred plus pages. But the idea of creating my own kilo dungeon or mega dungeon of my own design. And so last night I cracked out my Gygax & Arneson copy of Original Dungeons & Dragons Volume #3 The Underworld & Wilderness adventures. 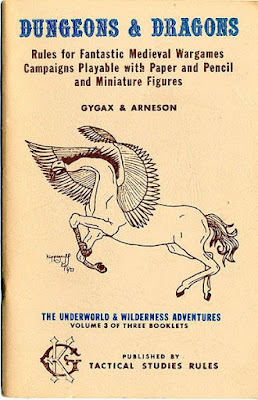 One of the things that's set in recently is the Kickstater & Drivethrurpg review fatigue syndrome and hence the Original Dungeons posts as of late. And lately mega dungeons have been on my mind once again.

And I think after reading through this slim volume for about the seventh or eighth time now. That the mega dungeon is going to be a focused & happening place of evil. This means that the mega dungeon should be key when it comes to the focus of the campaign. A central point of a spider's web of decadence & corruption when it comes to a campaign's setting. The idea of the the evil villain of a campaign basically being the cherry on the sundae of evil as it were.

There should be a fortress or castle built above the mega dungeon. Forces of evil should radiate out from it. And there's got to be far more going on within a mega dungeon then simply as a repository for treasure, magic items, gems, etc.
The megadungeon is literally a hub for corruption & evil within a world. And the wilderness could be viewed as the wasteland created from its hub.
This means that evil humanoids especially within a fantasy setting are going to see a mega dungeon almost as a 'one stop shop' of evil & resources. And in point of fact could be a campaign's "Scholomance "  or according to the Wik entry; "The Scholomance[a] (Romanian: Șolomanță [ʃoloˈmantsə], Solomonărie [solomonəˈrie]) was a fabled school of black magic in Romania, especially in the region of Transylvania; which was run by the Devil, according to folkloric accounts. The school enrolled about ten students to become the Solomonari. Courses taught included the speech of animals and magic spells. One of the graduates was chosen by the Devil to be the Weathermaker and tasked with riding a dragon to control the weather.

The school lay underground, and the students remained unexposed to sunlight for the seven-year duration of their study. The dragon (zmeu or balaur) was kept submerged in a mountaintop lake, south of Sibiu, according to some accounts."
And this very fact could account for the continuing chain of black wizards or even dark druids within a campaign. The network of corruption spreads out from the mega dungeon at its black heart.

And this brings up the fact that other OSR bloggers have held the mega dungeon in high esteem as well. The Beyond The Black Gate blog has some excellent OSR mega dungeon resources here.

The megadungeon as the root of Chaos is also appropriate as the forces of evil & magick grow from it as pool of evil incarnate. The megadungeon is a resource beyond compare for an army of chaos. Mordor via J R.R. Tolkien is a fine example of a wasteland of evil with several mega dungeons of evil emanating from the central source. 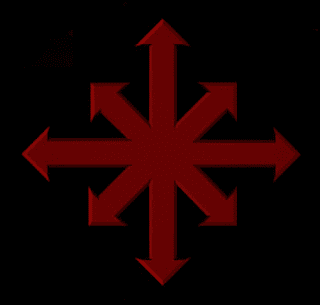 The land of Pan Tang from Michael Moorcock's Elric saga is another such land with several sources of evil bleeding into mega dungeon locations with the the Theocrat Jagreen Lern at the very top. And this of course leads back into Kuntz & Ward's Gods, Demigods, Heroes Elric mythos coming back into focus. Now in the past we've covered the Lovecraft connection on this blog here.  But could the proliferation  of mega dungeons actually be a part of a plot by the forces of chaos to help destabilize the strongholds of Law?!
There is some evidence to support this but Law itself has a complex relationship with the Balance according to Moorcock's Multiverse wiki; "Law is a necessary force in the Multiverse. Without Law, there would be no stability or structure in nature, no justice or morality in the worlds. Law, according to its nature, often upholds the Balance. Chaos is seen by the denizens of Law as an aberration that would reduce all form and meaning in the Multiverse to chaotic flux, a force of Entropy that seeks to mutate all of reality into an ever-shifting void of random energy. The Balance dictates that Law and Chaos must be equal in the multiverse, and since that, in itself, is a law, Law often contests the forces of Chaos in order to uphold it. In other universes, such as the Second Ether, the champions of Law are essentially fascists, battling against the freedom fighters of Chaos."
I think that both circumstances & opportunities allow the forces of Evil to take full advantage of areas of corruption and plant the seeds that will become fully realized mega dungeons. 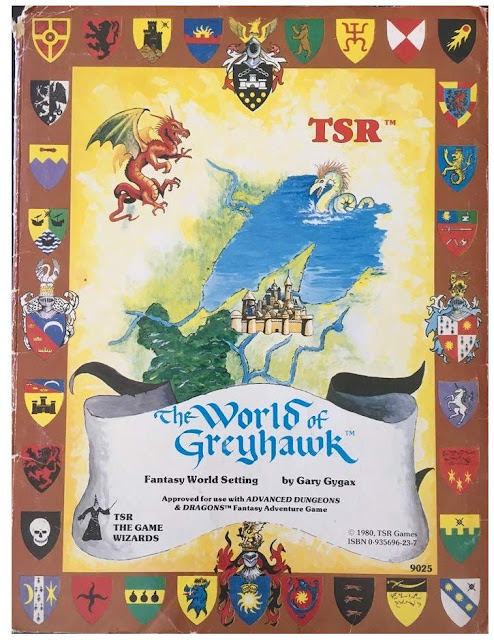 And this is one of things that we see within Gary Gygax's Greyhawk. That evil takes full advantage of the circumstances that create the attractors of a mega dungeon for a campaign. Can the appearance of a megadungeon tip the balance of a world or campaign setting to Law or Chaos?! Yes but these types of mega dungeons don't last more then several hundred or thousand years.